The Quad: Origins of Lunar New Year, how history has affected traditions 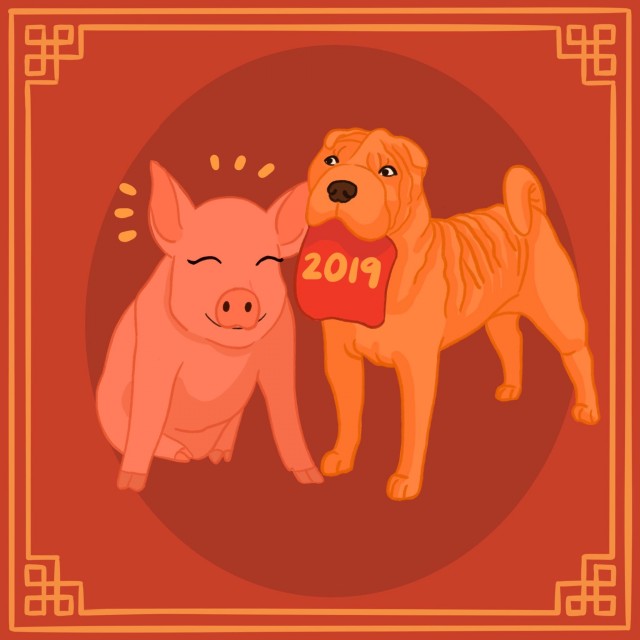 February usually comes right at the height of midterm season.

But for some, the month rings in one of the most culturally significant holidays: the Lunar New Year.

Lunar New Year marks the calendrical beginning of the moon cycle and is observed in various east, southeast and south Asian countries. There are a number of stereotypes that can be associated with the celebrations — like red envelopes — but the holiday has a more historically and culturally nuanced background.

“There’s a common misconception that China was the first to celebrate Lunar New Year when Vietnam had already begun observing the holiday over 4,000 years ago,” Bùi said, speaking in Vietnamese. “In the next 4,000 years, Vietnam and China would influence each other in their traditions and customs.”

In Vietnam, Lunar New Year — commonly referred to as “Tet” — is the most celebrated holiday of the year. People have had the tradition of decorating their homes, lighting fireworks and performing “cung giao thua,” a ritual offering to say goodbye to the old year and welcome the new year. The 20-year-long Vietnam War would come to shape the nature of the festivities.

The height of the Vietnam War called for the simplicity of Tet festivities, though major traditions were still kept. Postwar, fireworks were no longer lit during the festivities due to the fear of it being mistaken for gunshots. The Tet traditions of the diaspora were incomparable to the once-abuzz celebrations of the motherland, Bùi said.

Many Lunar New Year traditions did, however, stand the test of time. Vietnamese customs such as making traditional rice cakes called “banh chung” and “banh day” to honor the gods, going to temples and cleaning the house are still practiced to this day. In China, the self-protection practices of placing red “duilian” on doorframes and lighting fireworks became holiday staples, in addition to housecleaning.

The history behind Lunar New Year in China has a more folkloric undertone. Chinese legend has it that the holiday began with a vicious ox-lion hybrid called the “Year” who attacked animals, people and property on the eve of every New Year. Over time, it became a tradition to hang red “duilian,” which are Chinese couplets written on red paper, in front of homes and light fireworks as protection against the mythical beast.

In Mongolia, Lunar New Year is referred to as “Tsagaan Sar” and is the most important and widely-celebrated holiday. It became customary to celebrate the new year according to the lunar and solar calendar in 1206, as declared by Genghis Khan, the first Great Khan of the Mongol empire.

Despite the differences in historical origin, many Lunar New Year traditions are ubiquitous from country to country. Third-year economics student Anu Chinzorig, who is from Mongolia, notes the many similarities between her country’s new year practices and that of Vietnam and China.

On “Bituun,” the eve of Tsagaan Sar, Mongolian families clean their houses to usher in a fresh start to the new year and prepare extravagant feasts during the night — similar to Vietnamese and Chinese traditions. As a family-oriented holiday, it is also customary to visit the homes of every elder on the first day and be visited by the elders on the second day, Chinzorig said.

To encapsulate and share the Lunar New Year spirit with fellow Bruins, many professors and on-campus organizations have also taken the initiative in orchestrating festivals for the holiday.

For the past 10 years, Bùi has collaborated with Thu-Ba Nguyen Hoai, an instructor in Vietnamese language and culture, and hundreds of students from Vietnamese language classes in hosting annual Lunar New Year celebrations. The festivities’ preparations begin a month in advance and have since become a tradition among the Vietnamese student body.

In addition to those festivities, Vietnamese Language and Culture at UCLA and the Association of Chinese Americans traditionally hold annual Lunar New Year festivals open to all students.

As the high school outreach director of Vietnamese Language and Culture at UCLA, fourth-year biochemistry student Tiffany Nguyen is heavily involved in the planning and execution of the organization’s 25th annual Tet Festival. The festival is a night of traditional Vietnamese foods such as banh chnng and cultural performances such as the lion dance.

“A lot of people associate the Vietnamese culture with family, so it’s important for those who are away from home to be part of a celebration that only comes once a year,” Nguyen said.

Second-year psychology student Skylar Weiyi Zhao is the cultural chair of American Chinese Association and planning the organization’s Lunar New Year festival. The event features traditional Chinese games and performances commonly associated with the new year and is a way of showing both Chinese and non-Chinese Bruins different aspects of the culture.

“Back in Singapore, the entire extended family would get together on the eve of Lunar New Year. We’d begin preparing food during the afternoon and have a huge feast around 8 p.m.,” Zhao said. “At midnight, all the adults give the kids red envelopes.”

Being an international student from Singapore, events such as ACA’s Lunar New Year festival are her opportunity to celebrate the holiday’s traditions away from home, Zhao said.

Aside from events put on by professors and on-campus organizations, celebrating Lunar New Year with friends is an opportunity to create traditions abroad. For Chinzorig, spending the holiday with a friend’s family who lives close to UCLA has became a customary way of ringing in the new year.

In the case of students who live nearby, coming home for the new year is a chance to touch base with their family and culture.

Third-year international developmental studies and Vietnamese Student Union president Ngoc Nguyen typically goes home the weekend before the holiday. It’s a family tradition to attend family gatherings when back at home, she said.

“We always eat hot pot and banh chung on Tet, but my personal favorite tradition is the red envelopes,” Ngoc Nguyen said. “All the kids in the family stand in a line and receive them.”

Because Tiffany Nguyen’s family lives relatively close – and because it’s difficult to leave campus in the midst of midterms season – her parents generally pick her up on the day of the new year and visit nearby temples with her.

Indeed, the history and customs of Lunar New Year vary country by country, but one thing remains constant: the importance of the cultural identity in the holiday’s celebrations. It is important for many students to carry, in whatever way possible, their new year practices into their life on campus.

“College life is busy by nature, but Lunar New Year is part of a tradition,” Ngoc Nguyen said. “It’s part of who you are.”