The Quad: Quarantine can be a time to follow in Shakespeare’s footsteps, explore new ideas 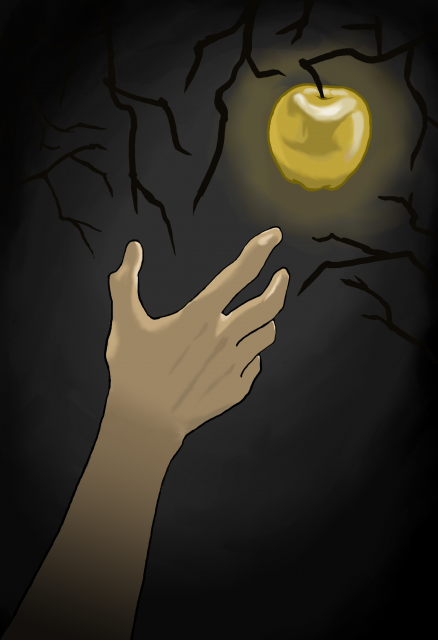 Believe it or not, you may now have more in common with William Shakespeare and Sir Isaac Newton than you think thanks to the COVID-19 pandemic.

The future may appear bleak and uncertain as we cope with the effects of the coronavirus. However, there is hope for those mourning the temporary loss of their daily lives: Boredom in past quarantines has sparked some pretty amazing advancements in science and art that eventually inspired social change.

In the late 16th and into the 17th century, the recurring bubonic plague impacted human society in a similar fashion to the current coronavirus pandemic, forcing people into quarantine and isolation for years when there was no cure for the disease.

When theaters were forced to shut down in the early 1600s, Shakespeare took to isolation and wrote “King Lear” and “Hamlet,” among other famous works. In a form of escapism, he wrote minimally about the plague, with only a handful of references to the disease. As a result, Shakespeare’s works gave his audience hope of a future where every hour would not be plagued by thoughts of the plague.

While productivity is by no means a requirement for safe quarantining, Newton spent his days exploring scientific theories in his bedroom during the Great Plague of London in the mid-1600s. His studies while doing the equivalent of social distancing eventually revolutionized math and physics for scholars around the world, including the law of universal gravitation.

Not only are there opportunities for creative exploration in times of quarantine, but there is also some room for reflection on what could benefit from ingenuity. The threat of disease inadvertently reveals social inequities that serve as a reminder of much-needed change.

Most notably, the 1918 Spanish flu pandemic sparked a new awareness of public health and revolutionized sanitation systems, especially in large cities with dense populations. This led to a broader understanding of why outbreaks occur and what people can do to combat them.

Anthropology professor Monica Smith said that while she hopes people will revert to being close to one another after the current pandemic is over, she anticipates a permanent shift in how people operate in their daily lives, especially in terms of hygiene. She emphasized that we can rely on innovation to help us navigate pandemics.

“We recognize that there were many times in which something could have spilled over into a big pandemic and didn’t,” Smith said. “We’ve been really great with technology as a way of not only curing disease or addressing disease, but reducing our fears, which is wonderful.”

In addition, Frank Snowden, a Yale University professor emeritus of history and the history of medicine, told The New Yorker that our collective response to a pandemic impacts how effectively we get through it.

“The main part of preparedness to face these events is that we need as human beings to realize that we’re all in this together, that what affects one person anywhere affects everyone everywhere,” Snowden said in the article.

Even as we quarantine ourselves, innovation is all around us.

Currently, nearly 100 alcohol distilleries are working to combat a shortage of hand sanitizer by repurposing their productions, and volunteers around the world are sewing cloth masks as we run out of surgical masks. Similarly, at UCLA, an electrical and computer engineering graduate student Glen Meyerowitz has been working on constructing cheaper ventilators using parts he purchased from Home Depot, consulting experts along the way.

Thanks to the digital world, creating and sharing art in quarantine has never been simpler: fourth-year students Daniel Leka and Tobey Lee are adapting their art to internet platforms to reach their audiences.

Leka, a political science student, started an auditory project about the human experience and the midlife crisis that he had originally hoped to layer with in-person, interactive elements.

Leka said that despite having his final quarter of school taken away from him, he appreciates the extra time the circumstances have provided, allowing him to focus on the details of his project that feels more relevant than ever.

“The main obstacle is that this project basically thrives off of human interaction,” Leka said. “I’ve told my other creative friends as well, but this time really entails more so flushing out your ideas and making sure that everything is intentional and has a reason behind it.”

Lee, a psychobiology and sociology student and co-founder of artist collective CMMND, said he feels like now is the time for artists to try digital innovation and new ways of reaching people on live-streaming platforms.

“If I were to give advice to people who are going to be in this situation in the future, or even right now: Don’t let this event define you,” Lee said. “Use it as an opportunity to kind of look beyond that and see what’s next for you.”

One can only speculate on what new technology and creative works may come out of a post-COVID-19 world, but we’ll likely be better equipped to handle the next existential threat to human society when it comes.

Who knows? You might be the next great innovator of our time.

Mehra is a senior staffer and was previously the 2020-21 Photo Editor for the Daily Bruin. Before that, she was an Assistant Photo editor on the Arts & Entertainment beat. She is pursuing a B.A. in psychology with minors in anthropology & labor and workplace studies, and she also contributes to News, Arts and The Quad.