The Quad: Exploring the ownership of Westwood businesses and properties

By Avanthika Panchapakesan and Amelie Lobo 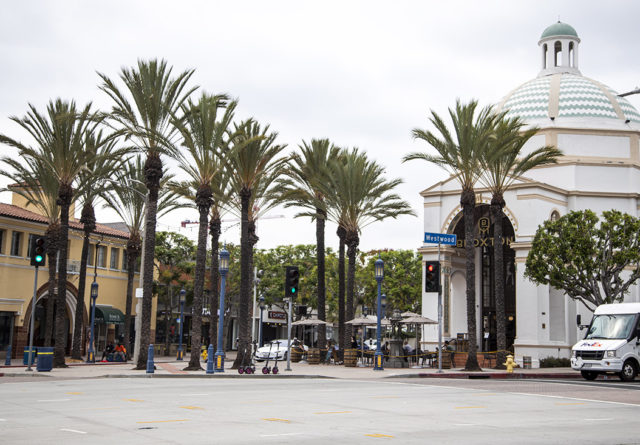 This is the place Bruins around the world call home—Westwood.

For Andrew Thomas, the executive director of the Westwood Village Improvement Association, the uniqueness of Westwood stems from its commercial diversity.

“(Westwood) village has really tremendous assets across the board… (it) really does have something for everyone,” Thomas said. “I feel like we’re close to becoming a much more realized commercial district.”

The Westwood Village Improvement Association is a non-profit organization that was created in 2011 to make Westwood a clean and safe environment for residents and business and property owners.

Thomas added that prior to the actual launch of the organization, there was a group of commercial property owners in the district who responded to basic resource shortages and advocated for the business community, leading to the creation of WVIA.

Over time, WVIA’s boundaries, infrastructure or ownership have not changed much. However, there have been transitions in the leases and the businesses that occupy the village.

Vacancies also continue to increase. When WVIA first launched, vacancies were around 11 to 17 percent, but now sit at 32 percent, according to Thomas.

“The reason why our vacancy rate is so high, in my view, is that there’s a special layer of zoning on top of the village that prohibits certain types of businesses from coming,” Thomas said. “We haven’t been operating at a level playing field with other communities in LA and other cities within the county because we’re not able to adapt because of our zoning.”

Additionally, within the village, lots are separated into 3 district zones. Zone 1 is the main part of Westwood Village, containing a higher concentration of retail stores and pedestrian counts. Zone 2 is on the outer edge, primarily housing high-rise office buildings. Zone R-3 is the residential zone.

“You have a very condensed heart of a business district, which has a variety of different businesses and retail, restaurants and theaters … it’s separated by hundreds and hundreds of feet from the residents,” Houston said. “It’s just a constant thing of traffic and finding parking and the late-night noise.”

Like any other community, Westwood has its flaws. Enrico Bortoluzzi, director of operations and general manager of the Prince of Venice restaurant, said the Westwood business environment was a little stagnant over the years.

“I hope … the business board will come to an agreement to either offer something to new tenants to bring more stores … (so) that they can reach the target crowd, which is mostly students,” Bortoluzzi said.

According to Thomas, board and committee meetings bring property owners and merchants together, both of whom are engaged to improve the community. The board is currently trying to change the zoning restrictions through the city process.

Many of these board members are also owners. A member of Douglas Emmett Management, one of the two biggest stakeholders in the area, is the chair of the board. Douglas Emmett owns six properties in Westwood Village, many of which are high-rise office buildings, totaling a value of about $1.8 billion.

The other largest stakeholder is none other than UCLA.

In the past ten years, UCLA has become more active in acquiring real estate in the village. Currently, The Regents of the University of California, a governing board of the UC schools, owns five properties in Westwood Village. These properties include the Wilshire Center, Hammer Museum, Gayley Center, Geffen Playhouse and 924 Westwood Boulevard, the building with Bank of America on the ground floor.

But this isn’t without saying all property values are reasonable in Westwood Village.

Property values in Westwood Village reach up to hundreds of millions of dollars, with the median value being $3,754,728 and seven property values currently exceeding $100 million. Five of these seven properties are owned by Douglas Emmett Inc.

The highest property of $497,609,000 is owned by De Park Avenue 10960 LLC, and along with the second most valued property, contains office spaces.

Westwood has many long-standing establishments that precede WVIA’s launch. In addition to the theaters, businesses such as Oakley’s Barber Shop, which has been in Westwood since 1929, and Sarah Leonard Fine Jewelers, which has been owned by generations of the same family, imbue the community with history.

Thomas said this history and connection to Westwood branches out to the property owners too, many of whom attended UCLA or own property that belongs to their family.

These connections may also represent the importance of preserving the Westwood community and its businesses for Bruins. After all, Westwood is at the heart of many UCLA adventures.

“There’s gonna be a lot of events … tied with (UCLA) once things come back in the fall,” Thomas said. “The village is more populated at this time than it was a year ago at this time. So, we’re certainly headed in the right direction.”