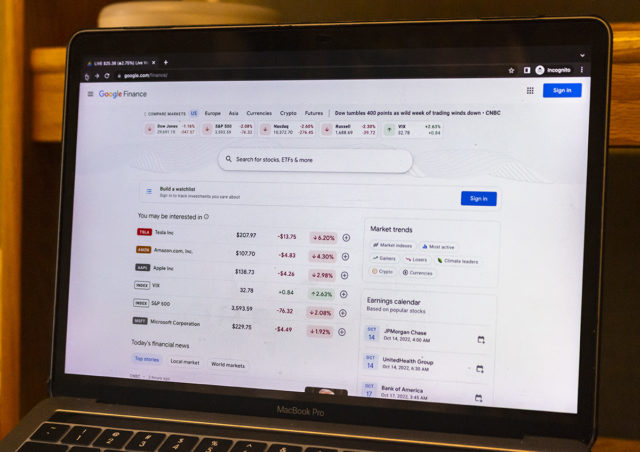 Investing in the stock market is becoming more accessible to the average person, including many Bruins.

Garrett Roach, a second-year business economics student, said he invests in the public stock market through a number of digital platforms including Robinhood, Public and Webull. Roach added that he makes investment decisions based on information from undergraduate finance club Bruin Value Investing, newsletters such as Morning Brew, and the businesses he interacts with in his day-to-day life.

“I shop at a certain place a lot or I transact with a certain business a lot, and I figure, well, if I like the business this much, I figure I should be invested in it,” Roach said.

Investing in publicly traded companies provides benefits for both investors and businesses. While investors become shareholders and receive returns on their investments based on the companies’ performance, companies are able to utilize the investments to grow, according to the United States Securities and Exchange Commission.

However, amateurs investing in the public market is just a small piece of the bigger picture.

UCLA alumnus Adam Draper, a founding general partner at Boost VC, said there have been major shifts in the evolution of financing business ideas and ventures, from Queen Isabella and King Ferdinand funding Christopher Columbus’ trip to the Americas to governments funding the creation of the nuclear bomb to the general public investing in public companies.

“The democratization of finance, it’s inevitable,” he said.

Draper added that the evolution of the funding landscape has been catalyzed by the growing accessibility of information and subsequent decentralization of power from major institutions.

While the evolution is evident in the public markets, accessibility in the private markets has yet to reach the same levels.

According to Forbes, funding in the private markets is executed by angel investors, who are typically high-net-worth individuals with connections to business founders. General partners, who are professionals who invest money on behalf of their clients or limited partners, may also be involved in the funding process, according to Cornell Law School.

Venture capital firms such as Andreessen Horowitz and Sequoia Capital consist of many general partners who have backed companies such as Airbnb and DoorDash at their earliest stages and made billion-dollar returns when the companies entered the public market, according to Yahoo.

UCLA alumnus Barry Eggers, a founding general partner at Lightspeed Venture Partners, said the challenges of the general public investing in the private markets are largely due to the lack of regulation and accessibility of information.

“I’m an advocate for opening up the venture capital ecosystem to everybody as long as they’re aware of the risk involved,” Eggers said. “It’s not as regulated in terms of information flow, so with a private investment you can lose all your money. The government is careful about people losing all their money and want to have protections around that.”

With no strict regulations on what private companies or investors have to disclose to the public as seen in the public markets, being a common investor in the private market poses risks.

“Most people can figure out how to invest in a startup if they truly want to. But if we’re thinking you just flip on your phone and you’re buying shares of the company that you’re sitting across from, there’s still a couple of regulatory hurdles,” Draper said. “Regulation generally holds us back from frictionless transaction, for sometimes good reasons, sometimes not.”

With the advent of the 2012 Jumpstart Our Business Startups Act, which allows everyone to invest in startups, crowdfunding platforms such as FundersClub are working on bridging the funding gap for the general public, according to Bloomberg.

Access to the private market can provide an opportunity for great returns on investments. For example, the three largest early investors in Figma, a private company recently sold to Adobe for $20 billion, each made around $1 billion from the sale, according to CNBC.

With attractive opportunities for investors and companies alike, attention is being shifted into the private space, according to Nasdaq.

While the private market is slowly opening up, Eggers added that much work needs to be done for everyday people such as students to be able to fund world-changing innovation and make returns off of it.

“It’s not perfect,” Eggers said. “We’re way off in terms of information flow, but I would love to see it in the future.”