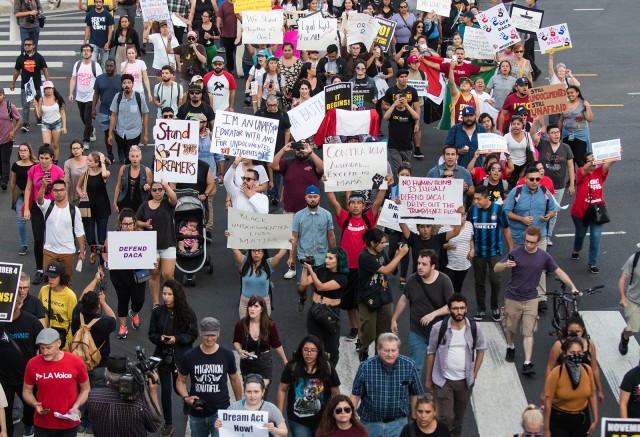 A federal judge ordered the administration of President Donald Trump on Friday to reinstate Deferred Action for Childhood Arrivals by Aug. 23 or appeal the ruling.

Judge John Bates, based in Washington and appointed by former President George W. Bush, previously had given the government 90 days to restart the program in April, but stayed his decision to give the Department of Homeland Security time to form a legal argument.

Bates said that the DHS was unable to provide a coherent and nonarbitrary explanation for the repeal and also failed to cite policy reasons that would put the repeal above judicial review.

Bates’ decision marks the third district court ruling against the efforts of the DHS to eliminate the program.

The Trump administration was forced to resume processing renewals for existing DACA applicants in January by a federal judge in California, but new applications for the program were stayed. A judge in New York made a similar ruling a month later. Bates is the first to say that new applications must again be processed.

The January decision, which first allowed renewals, was filed by the University of California on behalf of its hundreds of undocumented students. The Trump administration’s argument in that case is currently under review by the 9th U.S. Circuit Court of Appeals.

In late February, the Supreme Court declined the White House’s request to immediately decide then whether the program can be shut down.