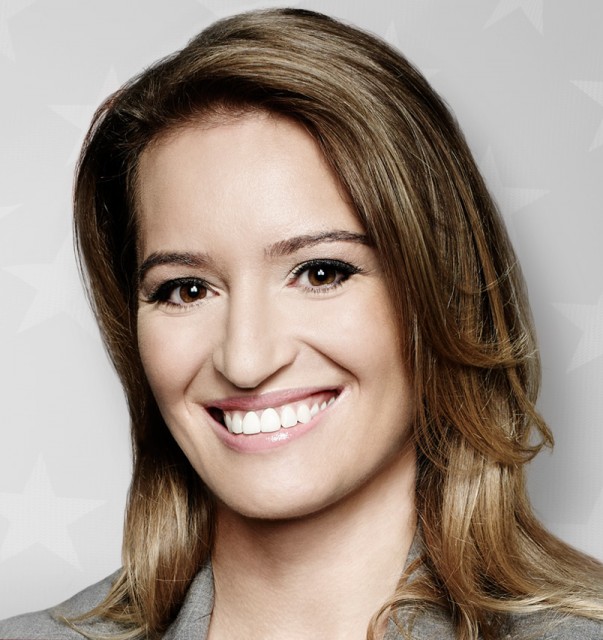 The panel addressed a crowd of UCLA community members at Bruin Plaza. Experts said they think California’s swing districts could be a factor upcoming midterm elections. (Courtesy of Katy Tur)

Political commentators and experts at an event hosted by a NBC News correspondent Monday said they think California’s swing districts could be a deciding factor in partisan control of the House of Representatives in the upcoming midterm elections.

Katy Tur spoke to political analysts, California state officials and UCLA students and professors about the role California could play in the upcoming midterm elections during a televised rotating panel hosted on Bruin Plaza. Her visit was the first stop of MSNBC Live’s Battleground College Tour, which aims to discuss issues important to students at universities across the country.

The college tour is a part of Tur’s show, which provides commentary and analysis on White House press briefings and daily news. Other stops on the tour, which will highlight the upcoming midterm elections, include the University of Nevada, Reno, Purdue University, Clark Atlanta University and the University of South Florida.

Tur said she thinks seven particular Republican districts in California that have the potential to become Democratic could have a major impact on the results of the midterm elections nationwide, as they could allow the Democrats to reclaim control of the House in November.

“Even though (California) is quite a blue state, there are some really interesting House races and there is a chance that California and a handful of races could determine if the Democrats retake the House in November,” Tur said prior to the event.

Tur added she thinks if the Democrats retake control of the House, President Donald Trump’s administration would receive less support from Congress, as it is currently backed by a Congress with a Republican majority.

“Right now they have a top-down Republican Congress that is supporting their agenda and also protecting the president in a certain way from subpoenas,” Tur said. “The Democrats want to subpoena a number of things from the president from communications they have had with the FBI to the president’s taxes, so if the Democrats retake control of the House they are going to have subpoena power.”

Los Angeles Mayor Eric Garcetti spoke to Tur about his work supporting Democrats nationwide, including a recent fundraiser he helped organize to raise money for state Democratic parties in 10 states.

“We are one nation,” Garcetti said. “It’s important to be involved everywhere.”

He added that, while he is up for re-election in 2020, he is currently only focused on helping with the 2018 election.

“It is the most important election of our lives,” Garcetti said.

Christine Mai-Duc, a reporter from the Los Angeles Times, added she thinks young adults are more involved in politics and social issues because they are influenced by other politically active young leaders, such as those who advocated for gun control following the shooting that occurred at Marjory Stoneman Douglas High School in Parkland, Florida.

Tur said prior to the event that she chose to hold the tour at colleges because she wanted to talk to young people, who she said she does not often have the opportunity to interview.

“We wanted to reach out and engage them directly because you guys are the ones that are going to take things over sooner or later and you could have real impact not only on the midterms but on the presidential election in 2020,” Tur said. “The youth vote plays a really big role so we wanted to find out what you’re thinking and what you care about.”

The panel addressed a crowd of UCLA community members at Bruin Plaza, but while most students stopped only briefly to listen, many continued on their way through Bruin Walk.

Celina Avalos, a fourth-year political science student and a director of the #BruinsVote campaign, said during the panel she thinks voter registration is important since students’ lives are affected by who they elect.

“I think (representatives) have so much power over a lot of the things that happen to us so I think it’s really important that students become engaged,” she said.

Avalos, who is also a public policy fellow in the Latino Policy and Politics Initiative, added she thinks people of color need a stronger voice in politics.

“Before me, there was no person of color really speaking (at this event) other than the California Secretary of State Alex Padilla,” Avalos said. “I think it’s really important that we’re also bringing in our voices and our experiences to all of the things that are happening around us because a lot of the policies that are happening are disproportionately affecting communities of color.”

Lorrie Frasure-Yokley, a UCLA associate professor of political science, also spoke to Tur about the importance of representation in politics and said she has conducted research on the representation of various racial and ethnic groups in the electorate.

Frasure-Yokley said her research showed that it is important to look at differences in political participation and attitudes across racial and ethnic groups to better understand the similarities and differences between these groups.

She added she hopes her research can continue to inform voters about the importance of race and gender in politics.