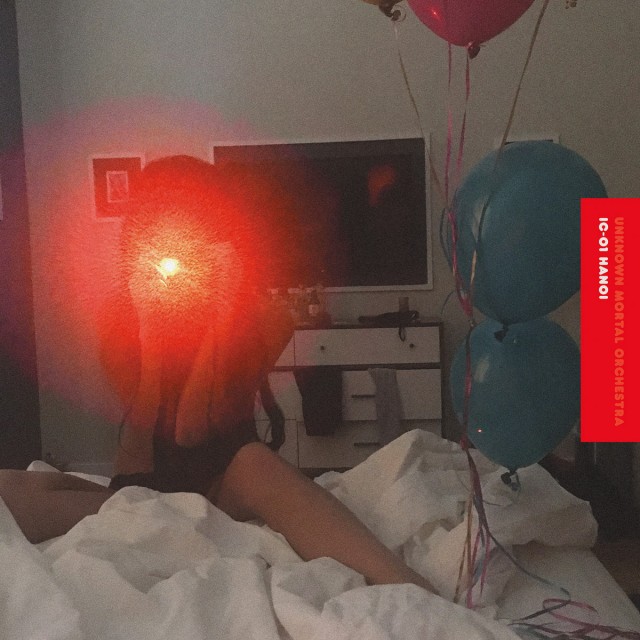 “IC-01 Hanoi” is not for the faint of heart, but rather speaks to those who wish to forge their own meaning in a sea of instrumentation.

Departing from their typical brand of palatable, mellow indie rock, Unknown Mortal Orchestra has produced an album that mimics the ambiance typical of jazz sessions recorded in basements of foggy nightclubs. The instrumental album is a series of improvised recordings created while UMO was making their previous album, the highly acclaimed “Sex & Food.” “IC-01 Hanoi” released Friday under the record company Jagjaguwar. Named after Hanoi, Vietnam – the place it was recorded – the album features a number of Vietnamese musicians, such as Minh Nguyen and Ðàn Môi, and a full percussion group. The rest of the talent is made up of family, quite literally, with frontman Ruban Nielson joined by his brother Cody and father Chris. The songs’ titles pay homage to Hanoi, which can be heard in many of the rhythms and instrumental choices. Collectively, the group successfully creates a collection of sounds and melodies that keep the listener on their toes, waiting for the next beat.

The songs, titled “Hanoi 1” through ”Hanoi 7,” do not follow the traditional verse-chorus-bridge pattern, but rather take on a more free form, often moving in one direction with a seemingly endless motion instead of looping back to previous sounds or sections. Similarly, the songs do not smoothly flow into one another, but when listened to as a whole, the album is still cohesive, achieving a uniformity in the emotional states of isolation and wonder. The listener may feel, perhaps, that they are seeing many different places all while on the same trip.

“Hanoi 1” is a punch to the gut. An overbearing guitar riffs over the rest of the melody, signaling a lack of emotional connection. At only one minute, 20 seconds, it feels as though if it were any longer it may cause increased heart rate. But “Hanoi 2” takes a different turn. A steady drumbeat and layered echos create a celestial space where the listener almost feels as though they are in a dream state. At this point a sense of humanness, of shared human experience typically only found in song lyrics, can be found in the subsequent instrumental sounds.

“Hanoi 3” is the most traditionally Vietnamese song on the album, featuring a Vietnamese flute that transports the listener to the stylistic sounds of culturally specific music in Vietnam, where the band spent spent the majority of their time recording the two albums. Inspired by the environment, “Hanoi 3” harmoniously encapsulates the world in which UMO were living when the album was recorded,

Progressively, the album gets more and more uneasy. In “Hanoi 4,” the listener can feel a creeping anxiety that mimics a heartbeat. The sound becomes wobbly and unstable due to the underlying melody, producing a sense of uncertainty in the listener. “Hanoi 5” provides the notes of a flugelhorn played by Nielson’s father, with a snare drum combining with low vibrations and an irregular, out-of-time rhythm to increase the sense of uncertainty.

“Hanoi 6,” the album’s debut single released about a month ago, is perhaps the climax of the album. At almost 10 minutes long, the song is an epic endeavor that embarks on its own journey. The song starts off slow, and one continuous loop echoes in the background throughout the entirety of the song. The track contains a didgeridoo that creates amusingly jaunty beats, eliciting an image of a cartoon character bouncing along. The song remains something of an enchanting lullaby until the middle section, when Nielson erupts into a saxophone solo that lasts nearly the rest of the track. The solo feels to be perpetually growing toward something, with its high notes revealing an expectant nature. The song hits multiple peaks, as though it is a mountain range rather than a single mountain. After the prolonged solo, the song returns to a slowed legato, finishing off in a more subdued manner.

Finally, “Hanoi 7” concludes the album with unsettling movements of sound reminiscent of the score for “The Shining,” creating an increasingly anxious environment. The clapping percussion in the song adds a sense of chaos, as though something is about to collapse. Finishing the album, the listener is left perhaps a bit high-strung and, at the same time, in awe.

During their period of greatest popular success as of yet, it is brave of UMO to release such an abstract and at times uncomfortable album. However, the band succeeded at producing something intriguing and surprisingly relatable. Often, it is Nielson’s dramatic lyrics that leave an impact on listeners, but in this purely instrumental album, it is the lack of lyrics that allows the listener to forge their own meaning. The melodies and rhythms of the instruments leave the listener with a combined sense of isolation, wonder, anxiety and alarm. With this combination in tow, the listener is free to create their own narrative, encouraged to go on any trip they wish.