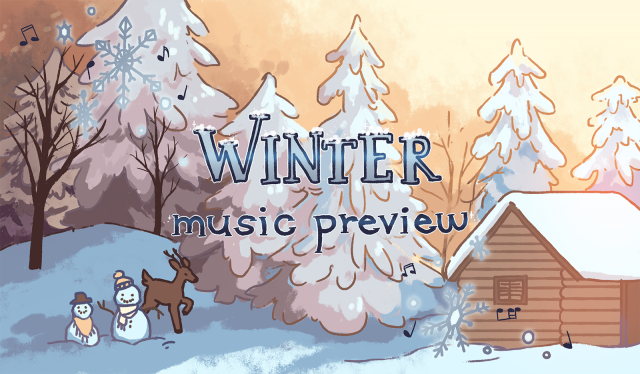 2019 marks the end of last year’s viral music pandemic, from “Taki Taki” to “thank u, next,” but more songs are on the way. With a strong year for music behind them, artists are gearing up to drop new albums this winter. Below is a list of Daily Bruin’s top picks for before the quarter ends.

Broods will release their third album, “Don’t Feed The Pop Monster,” after a two-year hiatus following the release of their sophomore album, “Conscious.” The brother-sister duo took time to focus on their solo careers before reuniting for their upcoming album, featuring already-released singles “Peach” and “Everything Goes (Wow),” with the latter having an upbeat sound likely from being written in a treehouse.

Lead vocalist Georgia Nott said the upcoming album stays true to the duo’s artistic voice, as indicated by their two singles. After their time apart, their new album allows Broods to trust one another and return to the circuit as one cohesive unit. The album seems to be a passion project for the siblings, and if the first two singles are any indication, “Don’t Feed The Pop Monster”, dropping Feb. 1, will be a lively take on the electropop genre.

“Head Above Water” by Avril Lavigne

Avril Lavigne is making a return after basically disappearing from the music scene for almost five years.

Lavigne’s sixth studio record, “Head Above Water,” is set to be released Feb. 15 and totes twelve new tracks. The album’s singles so far, “Head Above Water” and “Tell Me It’s Over,” dropped in the later months of 2018.

Lavigne strays from the typical pop-rock style of her older anthems, such as “Here’s to Never Growing Up” and “Girlfriend,” as her new, slower, stripped-back tracks let her vocals shine. She stated in a press release that her new album will be much more vulnerable than her past hits, as it tells the story of her battle with Lyme disease since her 2014 diagnosis. The break may prove to be beneficial if the remaining tracks on the album match the released singles, which fit well into the current sound of pop music.

With a possible sonic shift in Lavigne’s future, it should be interesting to see if “Head Above Water” attains the same popularity as the singer’s post-grunge hits of the past.

Country music duo Florida Georgia Line is releasing another album, and in regards to its genre, it isn’t not country.

“Can’t Say I Ain’t Country,” the band’s fourth studio album, is set to be released Feb. 15. With a 19-track record reminiscent of Drake’s song-packed “Scorpion,” fans of Florida Georgia Line already have a peek into what the LP will consist of. Five tracks are already on Spotify, though it’s worth noting four were released in a self-titled EP. “Can’t Say I Ain’t Country” has already faced criticism from some who think the duo’s music is not actually country, but the songs released so far certainly don’t sound like the pop music they are accused of catering to.

Though the band’s most-streamed song comes from a collaboration with pop singer Bebe Rexha, the current songs available from the album – and notably, the first single, “Simple” – have more folk and country influences than prior works, such as “Cruise.” Four of the tracks on the album also read “skit feat. Brother Jervel,” which implies that some of the tracks may not even include songs, but instead offer a strange change of pace for listeners as they work through the album.

What is unclear, however, is whether Brother Jervel is a real person or not, but until the album comes out, can’t say he ain’t.

“The Black Album” by Weezer

Weezer’s long-awaited “The Black Album” will finally be released March 1.

The album is the band’s 12th LP and fifth in the series of color-coded albums. Weezer frontman Rivers Cuomo first teased the album in April 2016, but the project was pushed back in order to release album “Pacific Daydream.” The upcoming album marks Weezer’s first collaboration with producer Dave Sitek of band TV on the Radio.

Reflective of the gloomy album cover, “The Black Album” will be a darker note in the band’s long musical history. Cuomo said the album will explore more mature topics than typical of the easygoing pop-rock band. He even went as far as to peg the album “Beach Boys gone bad.” Single “Can’t Knock The Hustle” reflects this newfound bad boy sound with its explicit label atypical of the band.

After years in the making, “The Black Album” continues Weezer’s musical maturation; although the divergent sound may cause weariness in the fan base, the album’s mature themes may resonate with fans who have lost touch with the veteran band.

Norwegian singer Sigrid’s upcoming album will start with a “Sucker Punch” and go out with “Dynamite.”

The collection of 12 tracks is titled “Sucker Punch,” after the first song of the album, which was released in October and will be Sigrid’s first full-length album. The four songs currently released from the record feature both upbeat and slower sounds, displaying the artist’s vocal capabilities in each musical style that likely will define her first album.

The “Strangers” singer also won the BBC’s Sound of 2018 title last year and has been on tour, despite having not released her first album yet. Even though the BBC 2018 title was bestowed upon her, Sigrid has kept the unreleased songs and their titles under wraps from everyone, including the British broadcaster.

With such secrecy surrounding the release of “Sucker Punch,” it is yet to be evident whether Sigrid’s album actually will pack a punch.