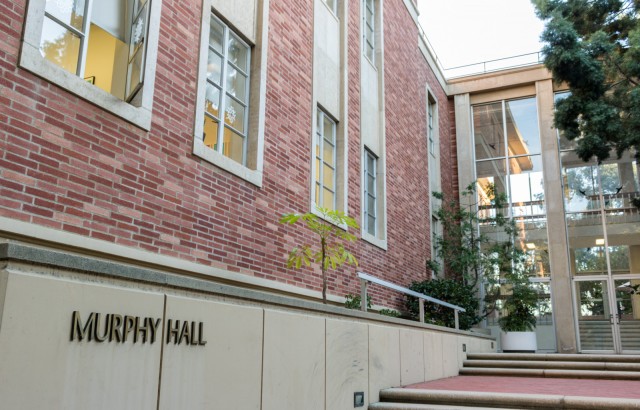 A new bill could allow UC and CSU students to avoid taking out loans by instead pledging a portion of their future income to their university in a program known as an income sharing agreement. (Daily Bruin file photo)

University of California students may be able to have their tuition fees waived in return for promising a portion of their future income to their university if a proposed bill passes.

Assemblyman Randy Voepel proposed Assembly Bill 154, which would allow students at the UC and California State Universities to enter into income share agreements instead of taking out loans.

Voepel said in an email statement that AB 154 aims to end future student loan debt and is modeled after Purdue University’s income share agreement model, which he said has been successful since it was implemented in 2016.

CSU and UC schools would be required to start pilot programs on campus if the bill passes. The program would be open to second-, third- and fourth-year students. The university systems would have to submit pilot program reports to the California Legislature in 2023 and 2026.

Students would be required to pay a percentage of their income to their university for 10 years starting six months after graduation. The exact amount paid would depend on students’ income and would only be required once students earn over $20,000 annually. Voepel added the program does not accrue interest.

The assemblyman introduced a similar bill in the previous legislation season, but it died in the Senate Appropriations Committee.

Kimberly Hale, a spokesperson for the UC Office of the President, said the University appreciates Voepel’s interest in this topic and it looks forward to reviewing the proposal.

Students and faculty said they think this program could potentially make college more accessible for students.

“When they have higher skills or diplomas, it would be easier for them to pay and get a better life,” she said.

“It would mean you wouldn’t be facing a staggering debt, and if you really look at life and contemporary America, a college degree isn’t enough,” he said. “You want to get some kind of postcollegiate degree to get you into a really good job.”

Some students, however, are skeptical of the bill’s implementation.

Maddie Yakal, an anthropology graduate student, said she thinks the bill does not address the underlying problem of college tuition affordability.

“The problem is that college is overpriced already for the average student,” she said. “If you’re just adjusting how you pay for it, you’re still paying massive amounts of money over the course of your life.”

América Sánchez, a first-year global studies student, said she thinks the income share agreements could help students pay for their education, but added some students need their entire income and cannot afford to continue to pay the university.

“Sometimes people depend on all of their income to pay for things,” she said. “So it’s like, how can you do it?”

However, she added she would participate in this program because it would be more organized than student loan programs.

Orfield said he thinks an income share agreement is a very sensible option.

“It would be better if we could lower tuition, but you know if you don’t have adequate grant assistance then this is a very good option to have,” Orfield said.

Orfield added he likes the fact that the agreement would be limited to 10 years because more students are going into retirement with student debt that will never be forgiven.

“It has affected a significant number of older people as well,” he said, “Having a time limit on this is a really good idea.”

Gasparyan was an assistant Opinion editor from 2018-2019. She previously contributed as an opinion columnist for the section and writes about issues surrounding gender equity and student life.