Q&A: Filmmaker Astra Taylor explores democracy in documentary to be shown at UCLA 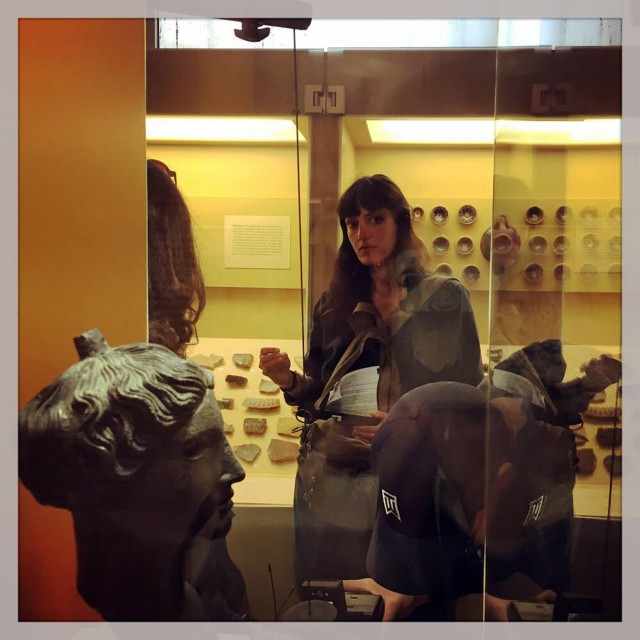 Regents Lecturer Astra Taylor created the documentary "What is Democracy?" It follows Black Lives Matter protestors, refugees and the works of classical philosophers to explore the titular question. (Courtesy of Astra Taylor)

"Astra Taylor Movie: What is Democracy?"

Astra Taylor discovered that democracy takes on different meanings depending on whom you ask.

The Regents Lecturer and filmmaker of the documentary “What is Democracy?” will showcase her work to UCLA students at the Broad Art Center on Tuesday. Taylor said she used her background in political activism against student debt as her inspiration for the project. The film explores the titular question by engaging with Black Lives Matter protesters, refugees and the works of classical philosophers. It takes on the goal of starting a conversation about the complexities of the issue of the successes and failures of democracy in the past as well as today, she said.

Taylor discussed her filmmaking process and her own definition of democracy with the Daily Bruin’s Brooke Cuzick.

Daily Bruin: How would you describe “What is Democracy?”

Astra Taylor: The film asks the question, “What is democracy?” And it’s not a film that then says, “Okay, democracy is elections, democracy is the rule of law, democracy is the constitution, democracy is the rights of minorities,” even though democracy does contain all of those things. The film instead is philosophical in its purpose and its whole structure. … And so I go around in the film and ask this question of all sorts of people. … It looks at the problems of economic inequality and racism in the United States, and it looks at the global financial crisis and the refugee crisis in modern Greece. But then it also goes back to democracy’s ancient roots in Athens. … There are interviews with famous philosophers: Cornel West and Wendy Brown and Silvia Federici and Angela Davis. But then there are also interviews with all sorts of regular people, including kids. And so you get this sort of very kaleidoscopic portrait of a world in crisis, but also a world where there’s still a lot of democratic potential.

DB: What inspired you to make a film about this topic?

AT: For me, it was being an activist myself and thinking about why democracy is such a difficult principle to put into practice. It’s also a word that a lot of people say. So political leaders – whether they’re right wing or left wing – will say it. … The majority of countries in the world right now actually describe themselves as democracies, even if they don’t live up to that standard, even according to official measurements. … So it’s just this word that is everywhere, to the point where I felt like was almost meaningless. And I knew that it was a word that should be meaningful. … So I wanted to make this film to sort of give myself an opportunity to think more deeply about the concept and invite other people to think with me about it.

DB: Would you say, after filming, that you redefined democracy in any way?

AT: Democracy is a Greek word and it means the people – the “demos” – rule; it’s “kratia” or “kratos,” (power), depending on how you translate it. And it’s the people (who) have the power. … It’s also got to be a system where the poor have power, not just a handful of rich people. That’s the meaning of the word that we seem to have forgotten today. … And so I think my definition of democracy goes way beyond the state. I look at workplaces and schools and healthcare systems. I talked to doctors and healthcare workers, so I think that democracy has to be something that is not just about a “box every four years” kind of activity. It’s got to be something we bring into other aspects of life. And the film ends with a sort of feminist call to democratize our personal relationships and our gender relationships too.

DB: What kind of connections does the film find between the past of democracy and the present?

AT: The film thinks about this question of what’s the past relationship to the present. … But what I do try to do in the film is show that the problems of our current society have really deep roots. … The film is very clear when Angela Davis says that slavery has not been fully abolished in this society. We’re still dealing with this legacy, and it’s something we haven’t totally grappled with. … So I think those are lessons from the past. It’s not things that we can just sort of apply in a cookie-cutter way to the present moment, but we can take inspiration from leaps that other people made and try to make a leap in this moment.

DB: Why did you choose to screen your film at UCLA?

AT: (The film) is made to start conversations. One of the best comments I got about the film was a (stranger) came up to me … and she said, “Hey, I saw your film. I met a random person waiting in line for it. Then we sat next to each other, and we watched it. And then we decided that there was so much to talk about that we went for a drink afterward, and we just talked about the ideas.”

And so that, to me, was the best praise that I could ever get for this movie … people were inspired; that they understood the film is actually not about giving them answers. It’s about people continuing the conversation among themselves and thinking things through.