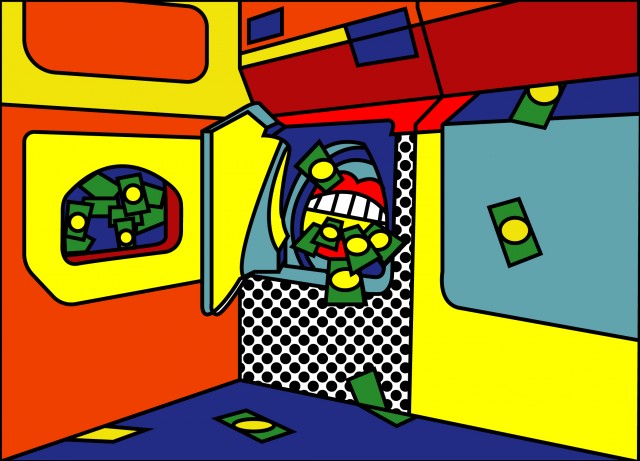 It’s the iconic Hill experience: You put off laundry for weeks and muster up the initiative to lug a hamper full of clothes down four flights to an available washing machine. You come back 45 minutes later and frantically transfer the wet clothes to an open dryer. You swipe your BruinCard a second time and head out, confident your clothes will be dry and ready to fold in an hour.

How mistaken you were.

You come back an hour later, only to find your clothes are dank and your wallet short $1.50. You resign to your fate and proceed to dry your clothes in your dorm room, happy the sun won’t charge you money for doing what the dryers couldn’t.

Laundry on the Hill is a nightmare. Although most machines in the dorms tend to work pretty well, some are close to 10 years old. This causes dryers to stop drying or washers to leave clothes dirtier than before. Although there is a system in place for reimbursing students who use broken machines, few know of the process, so many are forced to accept the losses.

While a load of laundry doesn’t cost more than $5, having to constantly pay double for broken machines can add up over time. Students already have so many things to pay for, so spending a few extra dollars hurts in the long term. Housing has excused its lack of solutions by providing students with inefficient ways of getting their money back.

For a university that prides itself on being the best, UCLA seems to have very little pride for its laundry services. Students should be able to rely on the university’s staff to meet basic needs if they’re paying to live on campus. Residents need laundry machines that work, and it’s on Housing to meet that demand.

Barbara Wilson, director of the rooms division at UCLA Housing & Hospitality Services, said the machines’ provider, WASH Multifamily Laundry Systems, LLC, comes in every week to check machines that have been reported broken.

“WASH will provide a new piece of equipment if the machine is broken. Some of the machines are brand-new to 10 years old,” Wilson said.

Although having someone come in to fix machines whenever students complain seems like a solution, it’s a cop-out for the university to avoid taking the initiative to maintain its machines. Students shouldn’t have to complain for things to get fixed; they should work from the get-go. And despite maintenance’s work, the machines can still end up having issues.

Jack Li, a third-year mathematics of computation student, said the constantly broken machines in the laundry rooms are a hassle for him.

“It’s annoying (enough) just walking down there, but when I went down there after drying my clothes for an hour, everything was still wet,” he said. “I spent two more hours waiting for my clothes to dry. We pay for this stuff to work.”

Students already pay an estimated $15,900 for housing, and laundry further adds to that expense. Although students have a way to get their money back for broken machines, it’s an archaic and inconvenient process: Students need go to a residence hall’s front desk, fill out a form from WASH, somehow submit it to the company – the details are left to students to figure out – and wait to be reimbursed. Not only is this solution generally unknown, it’s untimely and not worth the effort. This is especially true for students who live in residential buildings without front desks.

Varun Sriram, a first-year biology student, said paying for the laundry machines is an extra unnecessary cost that adds to outrageously high tuition and housing fees.

“We should at least be refunded, but I also think that paying for washers and dryers should be put into our housing,” Sriram added.

You’d think replacing machines more than 10 years old would be easy for a university that receives billions of dollars each year. Instead, UCLA is building new residential halls when the ones we already have aren’t functioning properly.

The university needs to come up with an efficient system to make sure laundry machines are working before students come to live on the Hill, be it proactively replacing the oldest machines or fixing broken parts of the ones already in place.

For its part, WASH seems to be trying to come up with an easier method of communicating with its customers. Wilson said the company is developing an app that would allow students to pay directly for laundry and communicate concerns with company representatives.

But Bruins shouldn’t expect that to come anytime soon, Wilson said. And although the app provides useful features like being able to pay for the machines via your phone, it doesn’t actually solve the issue of quickly reimbursing students for broken machines.

The upside is that at least WASH, unlike the university, is trying to do something to make students’ lives easier.

Just ask me when I end up air-drying my clothes tonight.

Oliva is an Opinion columnist.