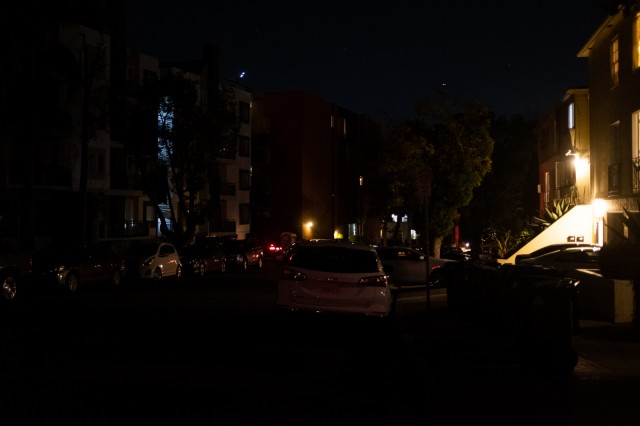 Apartments south of Ophir Drive and north of Wilshire Boulevard, and those between Veteran Avenue and Levering Avenue lost power around 7 p.m., a Los Angeles Department of Water and Power spokesperson said. Power is expected to return by 11 p.m. Two thousand LADWP customers were affected by the outage, she said.

Divya Devineni, a third-year anthropology student, said she was studying for the MCAT in her apartment on Glenrock Avenue when the power shut off.

“I’m furious. I was in the middle of doing school work – it’s week seven,” she said. “Everything is online so I can’t do anything.”

The LADWP spokesperson said she did not have information on the cause of the outage.