Affordable housing development program to expand and launch this summer 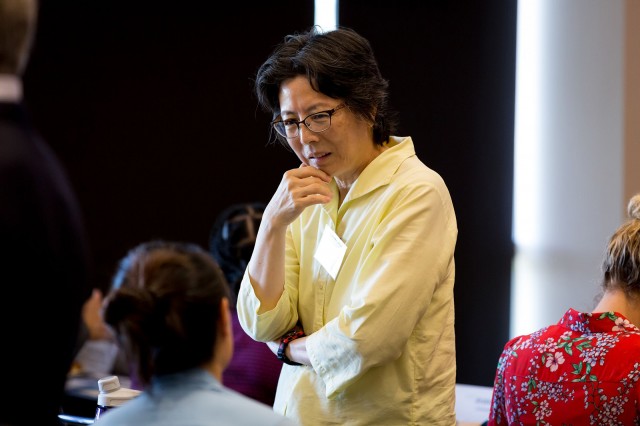 Joan Ling is the Howard and Irene Levine Affordable Housing Development Program co-director and an urban planning lecturer. She said the program helps enrollees acquire skills and knowledge that can often take a considerable amount of time to learn when actively working in the field. (Courtesy of Berangere Altier)

The Howard and Irene Levine Affordable Housing Development Program is an interdisciplinary educational curriculum developed jointly by faculty from the UCLA Anderson School of Management’s Ziman Center for Real Estate, UCLA Luskin School of Public Affairs and UCLA School of Law. The program is designed to equip housing professionals with specialized training that will allow them to be more effective in developing affordable housing.

The program was first offered in fall 2018 and enrolled 24 entry-level professionals out of 140 applicants. The summer program will increase the number of enrollees to 30 and offer a six-day university-level course about topics pertinent to housing development such as tax credits, design and project management, according to the management school website.

The program is open to professionals working in the housing field and is the first of its kind among major research universities in the United States, according to a press release from the Ziman Center.

“We’re hoping that we’ll be able to provide a service to the community by giving professionals working in this sector the knowledge to build housing much more quickly and effectively,” Lindner said. “We want to help these developers become more entrenched in their business and have the skill set to do their best work.”

Joan Ling, LADHP co-director and program lecturer, said the program’s curriculum was partly adapted from the Howard and Irene Levine Program in Housing and Social Responsibility, which offers a course to UCLA graduate students that addresses housing markets, housing policy and sustainability.

Ling said the new program is more detailed and fast-paced than the program in housing and social responsibility, which better suits professionals already working in the field.

She also said the program helps enrollees acquire skills and knowledge that can often take a considerable amount of time to learn when actively working in the field.

“You can train on the job, but when you do that, you often miss out on how a project might be done differently or more effectively,” Ling said. “This program allows professionals to pick up on things they might otherwise miss out on by keeping their nose to the grind.”

Lindner said housing is an ongoing issue facing the nation, and one of the most effective ways professionals can address the issue is to educate themselves.

“We’re definitely at a crisis point when it comes to housing, and all of our cities are trying to find ways to house people who need it the most without displacing others,” Lindner said. “One of the best ways to do that is to educate professionals on how they can build better and build smarter.”

According to a 2018 study published by the UCLA Luskin Center for History and Policy, 57 percent of renters in Los Angeles were rent-burdened in 2009 to 2011, meaning they had to pay more than 30 percent of their income to afford rent. Of the lowest earners, 78 percent were severely rent-burdened, meaning they had to pay than half of their income to afford rent. The study also showed that the median income in LA County in 2009 to 2011 fell 2 percent since 1970, while rent increased by 85 percent over the same time period.

A 2018 report by the California Department of Housing and Community Development also showed that the state produces an average of less than 80,000 new homes annually over the last 10 years, which is considerably below the projected 180,000 new homes needed per year.

“As a university, it’s part of our DNA to provide service, and that’s what’s most gratifying about this program,” Lindner said. “We’re providing this service to the folks that are in the trenches trying to get this housing built and to solve this issue.”