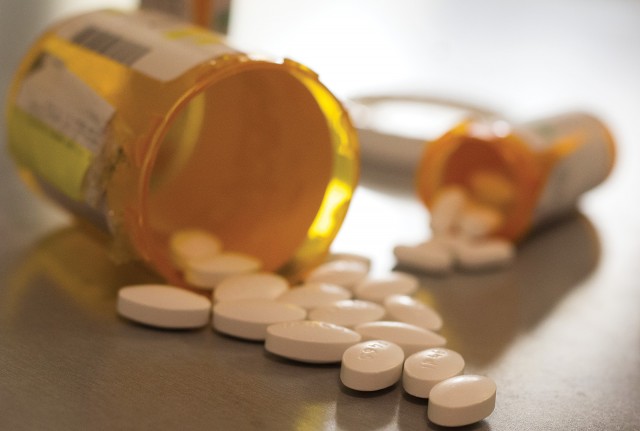 UCLA is waging a legal battle over India’s ability to sell a generic version of a cancer treatment it licensed to another company – an unusual thing for it to do. (Ashely Kenney/Daily Bruin)

To most, UCLA is the bastion of public education – the top public university in the nation. To some, though, it’s a lawyer for pharmaceutical companies.

In 2005, UCLA researchers developed enzalutamide, a life-saving prostate cancer drug marketed as Xtandi. The drug’s three patents are still owned by the university, but were later acquired by Pfizer and Astellas, two Big Pharma giants.

UCLA applied for a patent to protect the drug from generic reproduction with the Indian Patent Office. The office rejected the patent, and researchers in India later announced they wanted to create a generic version of the drug. As a result, the University of California’s general counsel filed a patent appeal suit in the Delhi High Court on behalf of Pfizer and Astellas.

UCLA and its pharmaceutical partners now await the patent’s future, though they can still profit for the next 20 years from the original drug in the U.S. While in place, the patent inhibits access to the drug around the world and competitors’ ability to sell it at a more affordable price. The patented drug costs around $10,000 per monthly dosage – the generic form would cost half that.

Despite the matter’s significance, all parties involved have been slow to disclose details to the public. UC Board of Regents meeting minutes do not include mention of the patent battle, and UCLA hasn’t provided a detailed account of its objectives in India. In addition, the Delhi High Court has not made the suit public, making it challenging to understand who is at fault in the case.

It’s highly unusual for a public university to champion a patent claim in another nation on behalf of huge pharmaceutical companies. As a large public institution aiming to provide equal access to education, UCLA should be expected to hold the same standards to communities across the world.

It’s easy to see UCLA’s patent battle as an attempt to ensure these companies – and consequently the university – make the largest profit. But those sentiments are as good as speculation due to the matter’s muddled nature.

Phil Hampton, a spokesperson for the David Geffen School of Medicine, said UCLA was obligated to support the patent request in India due to its licensing agreement with Pfizer and Astellas. He added the practice of patenting provides incentives for future private investment in the school’s research.

Strangely enough, the university hasn’t made the licensing agreement public, even after many requests by the Universities Allied for Essential Medicines, a group rallying for India’s right to produce the drug generically. Additionally, the Delhi High Court has not released any transcripts of the suit.

Tijana Temelkovska, a graduate student at the School of Medicine, said as she entered UCLA she was immediately drawn to the school’s public benefit mission of promoting many progressive social issues, such as equal access to medical care.

“But then when we came here and learned about these issues, it was extremely disappointing and it felt sort of like a betrayal of those values that we all thought that we shared with the institution,” Temelkovska said.

The implications are troubling: If the drug’s generic reproduction is approved, it’s foreseeable the university would not be as invested in developing and patenting lifesaving drugs.

Merith Basey, executive director of UAEM for North America, said having a cheaper version of a drug, especially in a developing country like India, will save hundreds of communities.

“In the history of HIV and other drugs, having a generic competitor is a way to ensure access for hundreds of thousands – if not millions – of people around the world,” she said.

The downfalls of UCLA winning the patent suit are obvious. But it proves difficult to assess the motivations of each party when court cases and formal motions have been so clandestine.

Moreover, the extraordinary circumstances of the matter warrant more transparency. UCLA is setting the example that universities and pharmaceutical companies can keep the public in the dark about their business practices. It is not often we see a university in this position, which could signal a shift toward privatization and hawkish patent practices by public research institutions.

But as Stuart Schweitzer, a professor of health policy and management, puts it, UCLA might be more afraid of the generic drug flooding markets outside of India.

India’s potential parallel trade could result in countries buying cheaper versions of drugs and reselling them where the drug is more expensive. If the generic drug, for example, was sold from India to France and France made that drug available to the U.S., the more expensive original drug would be undercut.

“UCLA will have no qualms about letting a developing country produce drugs – a right guaranteed through the United Nations – but that parallel trade issue is subtle and crucially important,” Schweitzer said.

Certainly, the university has the right to a say in some of the drug’s distribution. But there has rarely been a time where a multimillion-dollar corporation like Pfizer would hire a public research university to practically lobby on its behalf. UCLA was never meant to be a corporate lawyer.

And until the licensing agreement UCLA seems beholden to is made public, one cannot help but think the story is incomplete – or worse, that the university is intent on being a mouthpiece for pharmaceutical companies.