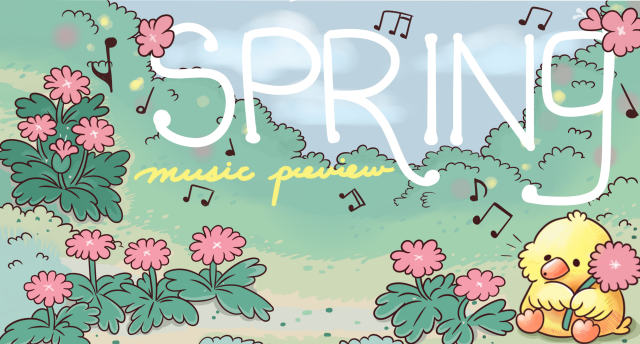 2019 began with viral singles like “7 rings.” The first few months of the year have also marked the resurgence of older and more nostalgic artists like Weezer. But as the sun rises on spring, artists are heating up with fresh records for the season. Read more for a few of Daily Bruin’s top picks for albums dropping during spring quarter.

Khalid will have two albums and a movie to his name at just 21 years old.

The solo artist is set to release his 17-track sophomore album, “Free Spirit,” on April 5. In an interview with Zane Lowe, Khalid said “Free Spirit” tells the story of his personal growth during the two years since his Grammy-nominated debut album, “American Teen.” Released singles include “Talk,” which features Disclosure, and “Better.” Both songs reflect the similar low-key, beat-driven vibes that defined the singer’s first record.

The upcoming LP is accompanied by a short film of the same name, which will be shown in theaters only on April 3. Although fans don’t have many details yet, they know the film will tell a visual story connected to the album’s lyrics.

With singles that resemble the sound of past tracks, it will be interesting to see if Khalid’s life changes, which inspired “Free Spirit,” will transfer into a sonic distinctiveness of its own.

“Father of the Bride” by Vampire Weekend

After a six-year break and the departure of a bandmate, Vampire Weekend is finally ready to unveil its new album to the world.

“Father of the Bride,” the indie rock band’s fourth studio release, is set to debut May 3 with an 18-song track list. Lead singer and lyricist Ezra Koenig told Rolling Stone the album will discuss the relationships between people and their communities, God, and the land they live on. But fans have already gotten a taste of Vampire Weekend’s evolved sound with “Harmony Hall / 2021” and “Sunflower / Big Blue.” Totaling four songs, the 2019 releases, contain simplistic and upbeat tracks produced by the band’s use of only a few instruments.

Despite its prolonged absence, Vampire Weekend has received a warm welcome from fans and festivals alike. Fifteen of the 51 venues for the upcoming “Father of the Bride” tour shows are already sold out, and the band is set to perform at both the Firefly Music Festival and Glastonbury Festival.

The loss of member and producer Rostam Batmanglij will likely bring about a change in Vampire Weekend’s upcoming record. This possible shift in production style will determine if the band can uphold its once-prominent place in the alternative music scene, or if it will remain a distant memory.

“Map of the Soul: Persona” by BTS

Between tour dates and less than a year after its last release, BTS is back again.

“Map of the Soul: Persona” is the band’s first record after completing the “Love Yourself” album trilogy. Billboard reported 2.6 million copies of the album have already been sold in presale, although the album does not drop until April 12.

Television appearances on shows like the Billboard Music Awards and Jimmy Kimmel Live! helped the Korean pop group gain traction among English-speaking fans. Little information has been announced ahead of the album’s release, leading fans to theorize about its content. Without a track list or album artwork, listeners will go into the band’s new LP blind. Only the single “Persona” has been released thus far. The song features just one of BTS’s members, RM, rapping on the track alone – a marked change from the typical trend of all band members having vocal roles.

The mystery surrounding “Map of the Soul: Persona” makes it difficult to predict the album’s broader reception among casual listeners, but the band’s cultlike following will ensure a decent amount of charting for its tracks.

“Amidst the Chaos” by Sara Bareilles

Sara Bareilles wrote her upcoming album while performing in “Waitress” on Broadway.

The “Brave” singer said political divisiveness had a large influence on her newest work. The news events that occurred during the time between her 2013 album and her upcoming record, “Amidst the Chaos,” allowed for lyrical growth within her music. In an interview with the Los Angeles Times, Bareilles said her new album will embrace the feminist movement and Obama’s presidency, among other political themes.

The album’s 12 tracks include slow singles such as the already-released “Saint Honesty,” but also hold surprises in what is yet to be heard, like “Safe Place to Land,” which features a collaboration with John Legend. Bareilles, who many know for upbeat hits like “Love Song,” will likely maintain the uplifting themes featured in older works. In “Armor,” a single from the upcoming album, Bareilles openly sings about female empowerment, showing her confidence through more mature lyrics like, “Blind men only set the world on fire, sad you can’t see it/ You brought the flame, here comes the phoenix.”

Nostalgia and socially aware lyrics will likely draw older fans into “Amidst the Chaos,” which will be released April 5.