The Quad: Our recap of UCLA’s involvement in the college admissions scandal 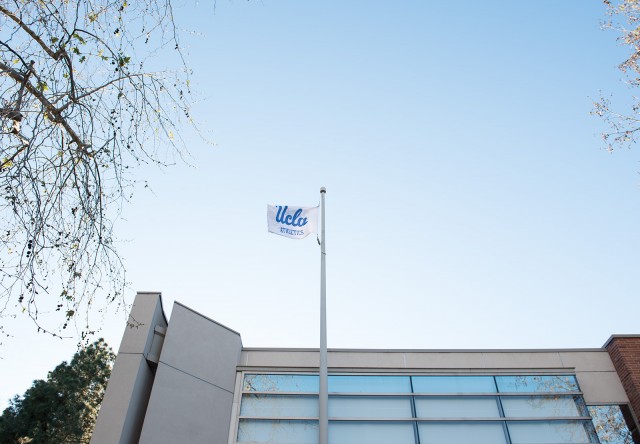 In the midst of Facebook memes and angry tweets, it was hard to keep up with every little detail surrounding the latest college admissions scandal at UCLA and across the country. Here, the Daily Bruin’s Olivia Fitzmorris gives a recap of what exactly happened and the implications it has for the university. (Axel Lopez/Assistant Photo editor)

In the wake of the nationwide admissions scandal a few weeks ago, it seemed like everyone had something to say. The internet and social media were abuzz with angry tweets, crafty memes and official statements from universities and their athletic programs across the country.

But in the midst of all this chatter surrounding the scandal, it’s hard not to get tangled up in all of the tiny details. If you felt bombarded by the news coming at you from every angle, or if you find yourself questioning what a racketeering conspiracy even is, you’re in the right place – here’s the Quad’s breakdown of things you ought to understand about the scandal and where the university stands in the ongoing aftermath.

You may have heard by now that UCLA’s former men’s soccer coach, Jorge Salcedo, was accused of accepting bribes for essentially recruiting fake athletes. But what really happened and how was our university involved?

Salcedo, as well as a USC’s assistant coach for women’s soccer, Laura Janke, was among the defendants indicted with involvement in the racketeering conspiracy. Racketeering involves organized groups running illegal and, in this case, fraudulent businesses. Bribe payments were concealed and moved in charitable accounts of an illegitimate college prep and counseling business called The Edge College & Career Network, and also known as The Key.

Other defendants on the list included coaches and an athletics director from Georgetown University and Wake Forest University, as well as two high school faculty members who served as standardized test administrators and two employees of The Edge College & Career Network.

Some defendants on the indictment were involved in a cheating collusion. This involved parents bribing administrators of standardized college admissions tests to allow their child to cheat on the exam, arranging for someone to take the exam for them or to correct their incorrect answers.

Other defendants on the list, including Salcedo, allegedly accepted bribes to facilitate the admission of individuals into the university under the guise that these students were top athletic recruits.

According to the court documents, in 2016 Salcedo received an email with a fake soccer profile and later an additional email with the standardized test scores and transcript for the prospective student. Salcedo sent this fake profile to the UCLA Student-Athlete Admissions Committee, which conditionally admitted the student.

Shortly after, Salcedo received a payment of $100,000 from William Singer, the founder of the aforementioned college prep business, who allegedly worked with the parents seeking to buy their children’s admission. The documents then state a similar event occurring with another falsified soccer profile in 2018 and another payment of $100,000 being sent to Salcedo.

Since then, UCLA has largely cut ties with Salcedo. On the date of the documents’ release, he was placed on leave while his actions were under review. He then resigned March 21. On March 25, the former coach UCLA coach plead “not guilty” to racketeering charges.

As of Monday morning, the parents of Lauren Isackson – who were charged with bribing UCLA athletic staff to get their daughter recruited for the women’s soccer team – have announced they plan to plead guilty to conspiracy to commit mail fraud and honest services mail fraud and apologized for their conduct.

Chancellor Gene Block said in an email statement the day the documents were released that he was shocked and angered to hear of the bribery scheme and called UCLA and other universities “(victims) of an alleged crime.”

Similarly, UCLA Athletics Director Dan Guerrero said in a statement March 22 that all members of UCLA Athletics have a duty to represent the university with integrity and that Salcedo’s alleged actions were “disturbing and unacceptable.”

Just two days after the scandal was uncovered, two students at Stanford filed a lawsuit against Singer and several universities involved including UCLA, USC and Stanford. They complained that their degrees from Stanford will not be valued as highly, believing that employers will question the legitimacy of their selection for a top university after the admissions scandal.

The U.S. Department of Education is currently investigating UCLA and the other universities involved in the bribery scheme.

As we wait to hear the results of their exploration into the matter, Bruins everywhere are left wondering whether we can trust the current college admissions system. In the wake of these events, students need to feel assured by the university that steps are being taken to prevent any type of similar scheme from occurring ever again.

As for the results of this ongoing investigation and the future of college admissions in the United States, only time will tell.