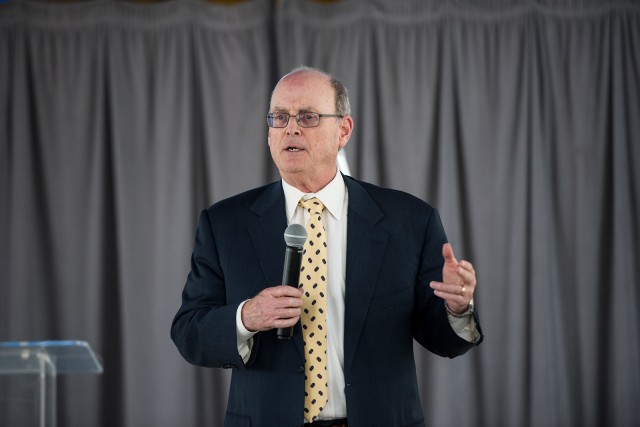 Fifty years ago, UCLA alumnus Keith Schiller was inspired to start a legal service for UCLA students after his friend became a victim of racial profiling.

In June 1969, Schiller, then president of the Undergraduate Students Association Council, secured funding to offer free and confidential legal services to students at UCLA.

Student Legal Services celebrated its 50th anniversary Monday, with a panel of speakers including Schiller and current director Elizabeth Kemper.

Schiller said his friend’s arrest led him to examine the legal issues other students around him faced, such as landlord-tenant relations and drafting in the Vietnam War. He and his friend were able to receive legal assistance from their attorney parents, but Schiller realized most students at UCLA would not be able to access legal help so easily.

“There had to be some way for students whose parents weren’t lawyers to get help,” he said.

Schiller said he was impressed by what Student Legal Services had accomplished since its inception.

“I feel like a godparent or a grandparent, seeing their grandchild to be so much better than anyone could have ever envisioned,” he said.

The center currently has four part-time attorneys who meet with about 3,500 students each year. Kemper said students can either make an appointment in advance or attend walk-in events hosted throughout the quarter.

The center’s services are limited to individual UCLA students. Although attorneys can negotiate on behalf of students, write demand letters and help students prepare to sue in small claims court, attorneys cannot handle litigations or go to court, according to Student Legal Services’ website.

Kemper said she thinks the organization’s legal services allow students to focus on school when they face legal problems.

“When students are facing legal issues, they are very stressed, which can cause them to not be able to focus on school. Wrongful conviction, compensation, immigration – these can all impact students’ ability to be successful at UCLA,” she said. “By providing attorneys who can help them, we are an important retention tool.”

Christin Liu, an attorney who works at the center, said there has been an increase in immigration cases, which she thinks relates to the Trump administration’s efforts to restrict immigration. The center hired its first immigration attorney in January.

Allison Aquino-Silva, the immigration attorney at Student Legal Services, said she thinks it is crucial for international students to be aware of their rights as noncitizens.

“There are rules that are being reinterpreted; there are laws that are not being followed the way that they should be followed,” she said. “So it’s oftentimes difficult to maintain your status if you don’t know what the rules are as an international student.”

“I think it’s really important that students do ensure that they go and seek out correct information, not just what they hear on social media or from friends and family,” she said.

Schiller said students who are interested in solving problems in their community should focus on what they want to accomplish and how to achieve it.

“Envision what you want and what the end goal is going to look like, what you need before you get to that point, and work back from what you want to where you are to what you want,” he said. “If you go through that logical process in doing planning, you’re going to have success on many fronts.”