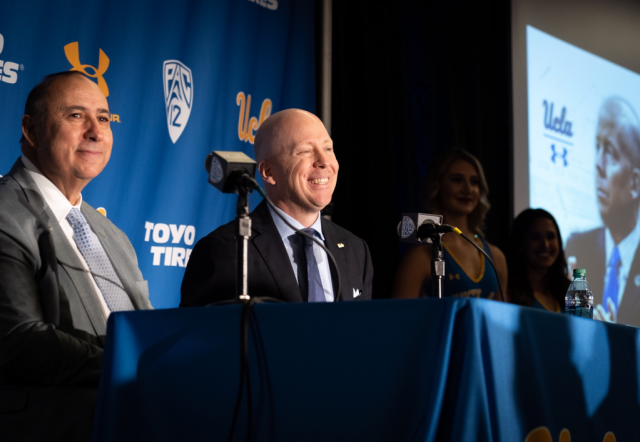 UCLA men’s basketball announced a 13-game nonconference schedule for the 2019-2020 season that will include the Maui Jim Maui Invitational and the team’s first face-off with UNLV since 2015.

This will be the Bruins’ sixth time competing in the Maui Jim Maui Invitational. While the bracket has not yet been finalized, the field of teams includes Georgia, Kansas, Michigan State and Virginia Tech – the last three of which were top-four seeds in the 2019 NCAA tournament.

UCLA will play at Notre Dame on Dec. 14 and face North Carolina at a neutral location in Las Vegas on Dec. 21. Led by former coach Steve Alford, last season’s team beat the Fighting Irish 65-62 at home in December but lost to the Tar Heels in Las Vegas 94-78.

The Bruins were 7-6 in nonconference games under Alford last season.