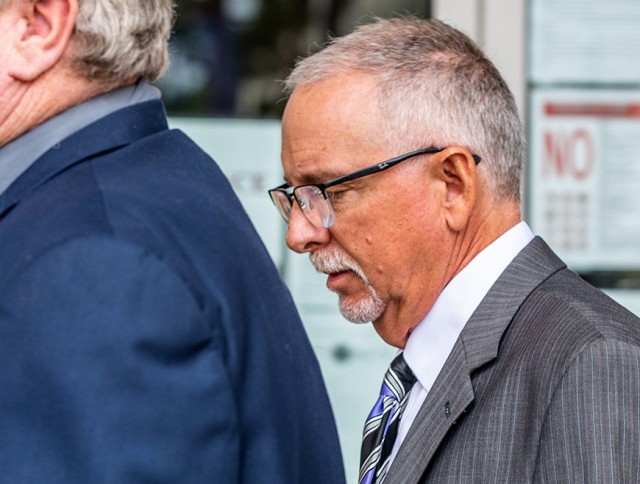 Former UCLA doctor James Heaps appeared at the Airport Courthouse on Wednesday for a preliminary hearing or rescheduling. The hearing was rescheduled to July 30. (Jintak Han/Daily Bruin senior staff)

A former UCLA doctor appeared in court Wednesday for charges of sexual battery against former patients and sexual exploitation connected to his practice.

James Heaps, a former UCLA obstetrician and gynecologist, appeared at the Airport Courthouse for a scheduled preliminary hearing. Judge Yvette Verastegui postponed the hearing to July 30.

Earlier this month, Heaps pleaded not guilty to all three criminal charges, which were made in connection to two former patients. Several civil lawsuits have been filed against him since, according to the Los Angeles Times.

Heaps’ legal counsel attempted to file a waiver that would allow his attorneys to appear on behalf of him in court for future trials. Verastegui did not grant the waiver.

Tracy Green, a California lawyer, was previously the only representative for Heaps, but was joined Wednesday by UCLA School of Law alumnus Leonard Levine.

“We are here for (the victims), and we also want to bring to light through this process what UCLA did and did not do to protect the health and safety of the women in the community and the women who have made the criminal allegations,” McGrath said. “We have an interest in understanding what UCLA knew and when they knew it.”

UCLA sent a campuswide email June 10, informing the UCLA community of the investigation and arrest of Heaps. The university’s initial Title IX investigation into complaints against Heaps began Dec. 22, 2017.

Heaps’ bond was originally set at $70,000 following his arrest, but he was released on his own recognizance, meaning he was permitted to leave without posting any bail after promising to appear in court as required.

Kavinoky said he and McGrath are handling cases of about a dozen more victims who have come forward. He said they plan on filing more civil cases in the weeks to come.