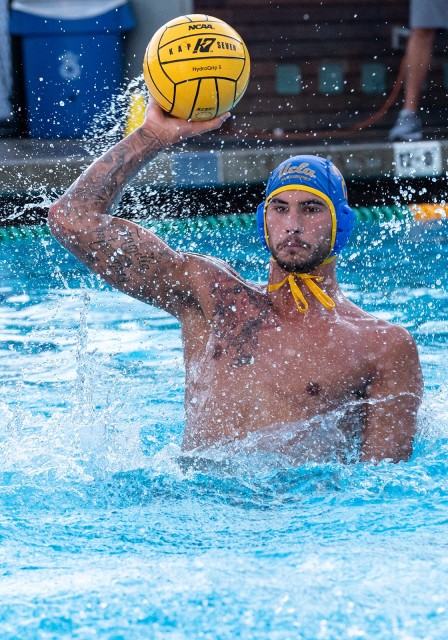 The 2019 schedule for UCLA men’s water polo was released Monday, featuring a home match against reigning champion USC on Nov. 9.

The Bruins will participate in three regular season tournaments this season, including hosting the SoCal Invitational from Sept. 27-29. They will face California at home Nov. 2, but will travel to play at Stanford on Nov. 16, the last match of the regular season.

Last season, the Bruins lost four of their six games against conference rivals USC and Stanford, including an NCAA semifinal defeat at the hands of the Trojans. UCLA also split its two games with California.

UCLA will open the season in Annapolis, Maryland on Sept. 7 at the Navy Open, where they will face Fordham, Princeton, Navy and La Salle. UCLA defeated Princeton 17-5 in the Princeton Invitational early last season, but hasn’t faced any of the other three schools in over six seasons.

The Bruins will then travel to Stanford for an exhibition match against Pro Recco – an Italian water polo club that plays in Serie A1 – before competing in the Stanford Invitational from Sept. 14-15.

In between the Stanford Invitational and the SoCal Invitational, UCLA will travel to Malibu, California, to take on Pepperdine on Sept. 21.

The Bruins will then stay at home for a month, from the opening match of the SoCal Invitational Sept. 27 until their Oct. 27 game against UC Irvine.

The Bruins will play nine matches during that homestand – including three SoCal Invitational matches and an alumni game.

This fall, UCLA will host Long Beach State, UC Santa Barbara and the University of the Pacific, which they defeated by a combined margin of eight goals across three games last season.

UCLA will play their final road match in the season-ending meeting with Stanford.