Academic Senate undergraduate representatives to receive stipends for their work 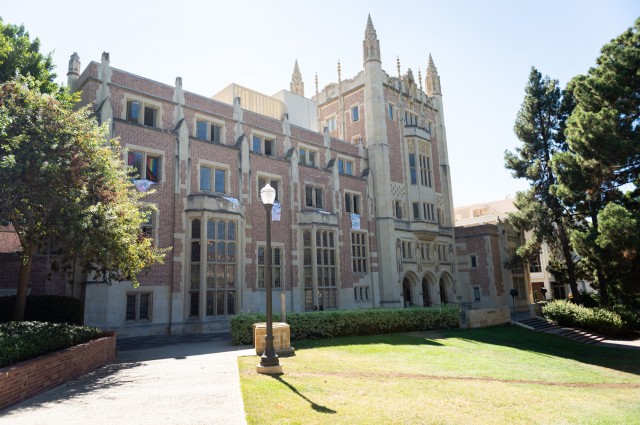 Undergraduate students on the UCLA Academic Senate will now receive stipends for their work.

The UCLA Academic Senate has jurisdiction over matters such as enrollment and degree requirements as well as program establishment. USAC Academic Affairs Commissioner Naomi Riley is responsible for appointing all undergraduate student representatives to the senate.

Funding for the stipends will come from Riley’s office assistance budget. She originally intended to make the positions constitutionally stipended, which could potentially guarantee the position be stipended in future years. However, she eventually decided against that because constitutionally stipended positions would extend the hiring process and potentially overwhelm the council’s appointment review committee.

Breeze Hernandez, a second-year public affairs student and chief of staff in Riley’s commission, said the commission wanted to compensate student labor, especially because low-income students might not be able to dedicate their time to the senate without compensation otherwise.

Riley, who promised stipends as part of her platform in the 2019 spring USAC election, said the commission is compensating students in an effort to increase diversity in their appointments.

“Our goal is to make (our appointments) diverse, and make it accurately represent the UCLA student population, so because of that, we also recognize that sometimes it’s really hard for, for example, low-income first-generation students to dedicate random hours of the day to make these appointments,” Riley said.

Riley was a member of the senate last year as a member of the Online Teaching and Learning Committee. She said she was able to learn more about UCLA academic policy, discuss the release of an online physics course and provide input on BruinCast classes through the committee.

“I like the committee, and I know the people within in my office who also served on the committees learned a lot about how UCLA’s policy works,” Riley said.

Other committees on the senate include the Committee on Undergraduate Admissions and Relations with Schools, which is involved in an ongoing discussion about the role of standardized tests in UCLA’s admissions process.

Sina Keramat, a second-year financial actuarial mathematics student, said he thinks the decision to stipend these positions is good but added he is concerned some students might only seek an appointment for the stipend as opposed to serving as a representative.

Riley shared a similar concern and said she did not want to release the exact amount for the stipends so as to prevent a surge of applications for the highest paid position. She did say that pay would be based on the frequency of meetings of the committee the student sits on.

“I want this stipend to be more so like a reward, I know it’s also kind of an incentive but I really want it to be because these students want to serve and they need compensation for their work,” Riley said.