By Jacqueline Dzwonczyk and David Gray 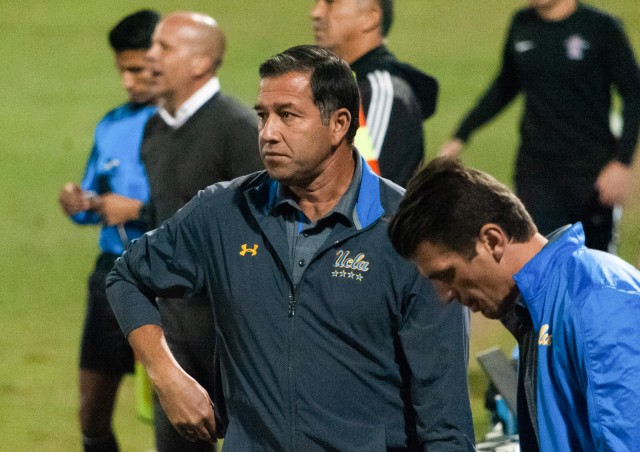 Another parent involved in the nationwide college admissions scandal was arrested in Spain on Monday night.

Spanish authorities arrested Xiaoning Sui of British Columbia, Canada, and charged her with one count of conspiracy to commit mail fraud and honest services mail fraud, according to federal court documents. Sui agreed to pay William Singer, the main organizer of the scandal, $400,000 to coordinate the admission of her son into the university as a recruited soccer player, despite not having played the sport competitively.

Singer allegedly paid former men’s soccer coach Jorge Salcedo $100,000 to list Sui’s son as a recruited athlete, which significantly increases the odds of being admitted to UCLA, according to Sui’s indictment.

In November 2018, UCLA admitted Sui’s son as a recruited soccer player and granted him a 25% scholarship. Sui’s indictment was sealed until her arrest Monday and federal authorities are now seeking her extradition.

A UCLA Athletics spokesperson previously said the student was provisionally admitted but was never officially accepted or enrolled at UCLA.

Monday’s arrest was the 52nd related to the scandal, which began in March with the arrest of Singer, who has pleaded guilty to a number of charges.

Salcedo was arraigned in March after allegedly accepting $100,000 to help the daughter of Bruce and Davina Isackson earn a spot on the UCLA women’s soccer roster without competitive experience in the sport. He has pleaded not guilty to conspiracy to commit racketeering.

Gray is the 2019-2020 News editor of the Daily Bruin. He was previously an assistant News editor and a reporter for the city and crime beat. He is also a third-year political science student at UCLA.