Movie review: It’s not just the boys who are bad, the movie is too 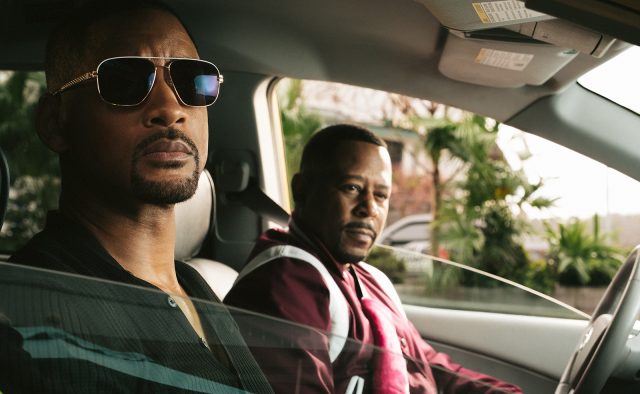 They ride together, they die together – and, unfortunately, the Bad Boys made their worst movie yet together.

The much-anticipated conclusion to the “Bad Boys” trilogy, “Bad Boys for Life,” brings veteran actors Will Smith and Martin Lawrence back on screen together Friday as Detective Mike Lowrey (Smith) and Detective Marcus Burnett (Lawrence). After Mike is shot and nearly killed outside a bar in Miami, the two aging detectives, along with the help of a highly advanced special police unit, hunt down the attacker. What follows is an unoriginal, poorly written 123-minute disaster, and the only saving grace is the camaraderie between the two movie stars.

Lawrence and Smith don’t miss a beat – despite it having been 17 years since the last “Bad Boys” movie came out – with jokes flying almost as fast as the bullets fired in the film. Their comfort level heightens the film’s credibility almost as if the two fictional detectives hadn’t parted for the past nearly two decades, and it was just the audience who had looked away from their humorous and action-packed adventures. The pair’s playful ribbing feels so genuine that, at times, it’s easy to forget the dialogue between the two is scripted at all.

However, outside Smith and Lawrence’s chemistry, the movie is bad – and not in the way the titular characters use it. Cliche action dialogue bogs down the film, furthering a dull and predictable narrative. Many of the film’s best jokes appeared in trailers and advertisements, so even the comedic moments failed to draw out laughs as they were already expected.

In several instances, the film attempts to find its way beyond surface-level humor but fails repeatedly to do so. The age of the two detectives is repeatedly mentioned, but rather than being a serious commentary on aging in the rapidly changing world of law enforcement, what viewers get is a passing joke about how much the bad boys have aged.

But the most prominent issue with the characters in “Bad Boys For Life” is that they don’t really change. Mike goes from a thrill-seeking, bad-boy detective at the beginning to a more toned-down and caring version of himself at the end, but the change is so slight that it likely won’t stick. Moreover, Mike is painted as a semi-immature detective with intimacy issues with a “better to burn out than fade away” mentality, but the film lacks the gravity to explore this issue, robbing his character of well-deserved growth.

Marcus’ character arc is even more atrocious. Early on in the film, Marcus’ daughter, Megan (Bianca Bethune) gives birth to a son, prompting Marcus’ decision to retire from the police force. Eventually, Marcus jumps back into the fray for one final mission, but by the end of the film Marcus has abandoned the idea of retiring altogether. With this decision, he rejects the responsibility he has to his family and chooses the “bad boy” lifestyle over the life of a grandfather.

But Marcus’ recommitment to the police force in spite of his love for his family isn’t noble. Rather, it undercuts the film’s message about the importance of family and provides another loose end for the trilogy. It seems like the franchise isn’t winding down but gaining more steam for another installment.

Further sequels are basically confirmed in the film’s final scene. Mike visits the man who tried to kill him (Jacob Scipio) in prison and offers him a way to get a few years off his sentence. Such an offer feels like a passing of the torch and sets up a “Bad Boys” spin-off series which would undoubtedly be a cash grab rather than great cinema.

With overused dialogue and cheap action shots, “Bad Boys for Life” becomes another tasteless action film under Smith’s belt. And with the production acting as a sequel to a film that received less-than-favorable reviews nearly two decades ago, it certainly seems like Smith and Lawrence are trying to jump back into old characters and relive their glory days.

But despite all efforts, the two veterans do little to revive the decayed franchise as watching them fight to stay young, hip and relevant results in a frankly embarrassing two-hour long disaster.