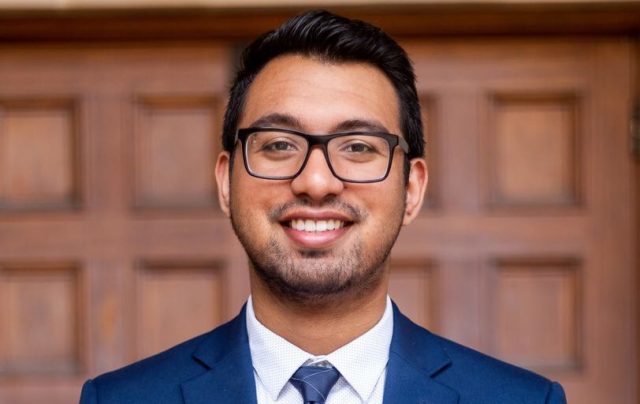 The Undergraduate Students Association Council appointed Navi Sidhu, a fourth-year psychobiology student, as election board chair Tuesday. The role has been vacant since November when former chair Kyana Shajari resigned after the fall special election. (Courtesy of Kristie-Valerie Hoang)

The council appointed Navi Sidhu, a fourth-year psychobiology student, following the resignation of former election board chair Kyana Shajari in November. The last two students to hold this post before Sidhu were removed or resigned in the middle of their terms.

Sidhu said he chose to run for election board because he joined a USAC committee as a first-year student and was frustrated by the council’s inefficiencies. He added he feels that while USAC is valuable to the student community, it is inaccessible to most students.

Sidhu added he plans to work with his staff to simplify the election code, clarify the language and provide candidates with cheat sheets to the code. He also said he plans to host events during the election season, reach out to student and community organizations to raise awareness about elections and work with the council to improve social media advertising.

During council deliberations on Sidhu’s appointment, External Vice President Johana Guerra Martinez said she feels Sidhu should prioritize hiring a diverse staff. Sidhu said he plans to reach out to the student affairs offices of multiple departments on campus and organizations representing students of color while hiring his staff.

Sidhu said he believes the decrease in candidates running for council and voter turnout in recent elections is due to students’ unfamiliarity with USAC and how the election process works. He added his office will prioritize educating students about the council and its importance to the student body.