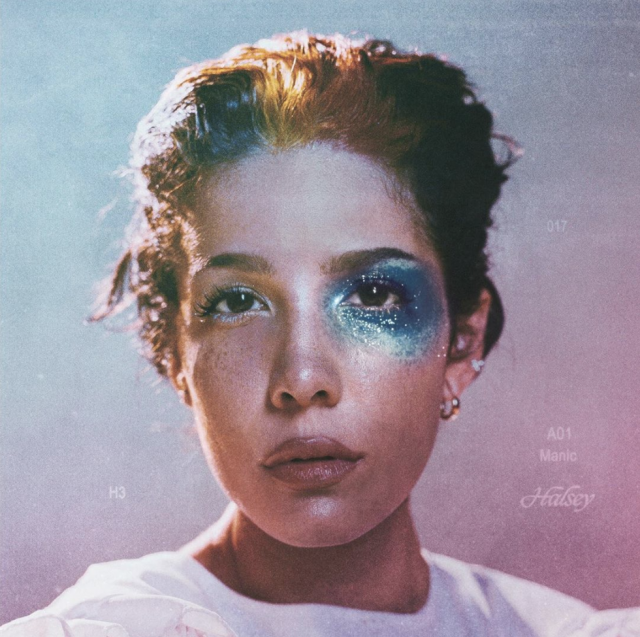 The third album may be the charm for Halsey.

The singer’s most recent release, “Manic,” may seem to match its name on the surface, but it instead finally reveals her raw reflections as a person, not just a persona. The LP, which was released, Friday is centered primarily on Halsey’s experiences with romance and fame, painting her as someone surrounded by a broken and messy world. But intermingled between are moments of the singer incessantly hoping for a life full of joy and love. A mix of musical genres takes the listener through the tumultuous and emotional rollercoaster in Halsey’s mind. And by the end of the record, albeit overwhelming at times, Halsey delivers.

The album opener, “Ashley,” establishes a thematic focus on Halsey and her experiences, from facing mortality and fame to past romances. Titled after Halsey’s real name, Ashley Frangipane, the song utilizes her characteristic electro-pop style. Only now, overtly honest lyrics differentiate it from her past albums. To emphasize her genuine perspective of the world, the track ends with a voiceover from actress Kate Winslet’s character in the film “Eternal Sunshine of the Spotless Mind.” Winslet’s character seems to define Halsey herself: someone looking for peace in a chaotic world.

The second track, “clementine,” supplements the opener. The song, which is named after Winslet’s character, Clementine, offers a slower-paced mix of bass and piano. It provides a glimpse into a clash of her states of mind, between wanting to be alone and desiring attention from everyone around her.

Her next two singles, “Graveyard” and “You should be sad,” echo the sentiments “clementine” does as she takes listeners to the valley of her emotional journey. She grieves her previous relationship and miscarriage in “Graveyard” while taking jabs at her ex-boyfriend in the acoustic country ballad that is “You should be sad.” She strips down the background music of the two songs to mainly guitar in the beginning, baring herself down to her raw voice, and likewise, her emotions. Even as the songs transition to more upbeat pop beats, Halsey successfully conveys her vulnerability through these tracks.

Her melancholy continues in “Forever … (is a long time),” which reflects on her increasing worries over a relationship. A piano ballad suddenly turns into a jarring electronic- and bass-filled background, acting as an anchor for Halsey’s lament. She cleverly uses these elements to create an atmosphere of confusion as she asks herself, “How could somebody ever love me?”

Her emo phase doesn’t last long though, as the album suddenly shifts to “Dominic’s Interlude,” featuring Dominic Fike. The track offers a refreshingly optimistic break, but its reggae-inspired style still seems slightly out of place.

Nevertheless, the matching bass in the background of both “Dominic’s Interlude” and the following song, “I HATE EVERYBODY,” allow for a seamless transition. The latter track echoes Halsey’s conflicting state of mind from “clementine,” but in a much more upbeat tone. Even though the theme is slightly repetitive, the song delves deeper into Halsey’s emotional conflict, solidifying the album’s focus back on herself and expanding on her insecurities.

In the album’s latter tracks, Halsey’s journey of self-discovery races even faster. The next track, aptly named “3am,” is an eclectic and electric jolt of energy unlike any other song on the LP. Lyrics over fast electro pop beats reveal Halsey understanding a toxic cycle she goes through – where she experiences physical intimacy, then ends up feeling lonely.

Following the pop sounds of the ninth track, “Without Me,” Halsey switches genres yet again with acoustic and country elements in “Finally // beautiful stranger.” Even though the song transitions poorly from “Without Me,” it offers a glimmer of hope in the album. It serves as a love song, as it deals with both her apprehension and comfort in being with a new lover. While the previous songs from the LP seemed like the loops of a rollercoaster, “Finally // beautiful stranger” is the calm after the storm.

As the album nears its end, the upbeat pop tone of “killing boys” follows Halsey finding closure in her previous relationship. She confidently cements herself as an independent woman who doesn’t need boys. And as she gains freedom from her insecurities regarding her ex-boyfriend cheating, Halsey reveals her emotional growth through each song.

After “SUGA’s Interlude,” Halsey shifts her attention from relationships to her more self-focused experiences. In “More,” for instance, she wistfully grieves her past miscarriages in a beautiful-yet-sad electro-ballad – the beginning of a moving ending to “Manic.”

The LP concludes with Halsey’s signature pop sound and perfectly captures her persona as Ashley, a beaten-down yet continually hopeful artist. In “Still Learning,” she croons an anthem focused on self-growth and self-love.

The final track, “929,” wraps up her journey of self-reflection as she goes back to her beginnings. Halsey references her own birthday in “929,” which represents Sept. 29, and incorporates her voice as a spoken-audio element reflecting on the date. She contemplates the question “Who am I?” and realizes that she is “Still looking for … (her) salvation.” Nonetheless, she discovers a suitable ending as she accepts the calmness of merely living.

Ultimately, “Manic” feels like the adrenaline rush at the end of a rollercoaster ride. Listeners follow the record’s twists and turns, but even with a low-key ending, the high never seems to end.