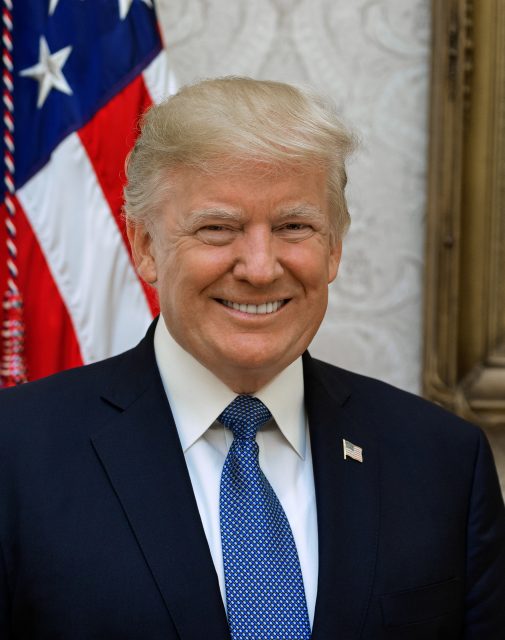 According to the public charge rule, anyone who is likely to become dependent on the government for basic needs, such as housing or nutritional assistance, is ineligible to become a legal permanent resident or obtain a temporary visa. The Supreme Court ruled in favor of expanding the definition of public charge Jan. 27 in a 5-4 ruling. (Official White House photo by Shealah Craighead)

UCLA professors said a new United States Supreme Court ruling could hurt both undocumented and documented immigrants by making them choose between citizenship and basic needs.

The Supreme Court ruled in favor of expanding the “public charge” rule Jan. 27 in a 5-4 ruling. The U.S. Department of Homeland Security proposed changes to the rule in September 2018.

According to the public charge rule, anyone who is likely to become a public charge – dependent on the government for basic needs – is ineligible to become a legal permanent resident or obtain a temporary visa.

Previously, individuals had to receive welfare payments or long-term institutional care to be considered public charges. Now, an individual will be considered a public charge if they have received health care, housing or nutrition assistance, which will expand the number of people prohibited from becoming citizens.

Jennifer Chacón, a law professor at UCLA, said the rule makes it more difficult for people to come into the country, creating barriers to entry based on people’s current and predicted use of public benefits.

“My concern is that it signals a whole shift in U.S. criteria for the admission of immigrants, which has tended to focus on how to keep families together and unite family members and best fill employment needs,” Chacón said. “What (this rule) does is lay on barriers to the financially not well-off and decide criteria for who has strong reasons to be here.”

The ruling could also affect UCLA students, including both documented and undocumented immigrants, said Bryanna Ruiz, a policy fellow at the UCLA Latino Policy and Politics Initiative and second-year political science student, in an emailed statement.

“Undocumented students who rely on the use of public benefits now have to fear that there will be negative repurcussions for this in the future, and stop utilizing them at the expense of their health,” Ruiz said in the statement.

Ruiz said in the statement that some students and faculty may have to prioritize maintaining or pursuing citizenship in place of valuing health care and other public benefits. Additionally, she wrote the ruling could affect students indirectly through their families.

“On the other side, … (some) students might be documented, but they have family members who are not,” Ruiz said in the statement. “Their family members who rely on public benefits now have to prioritize their citizenship status over their health and well being.”

University of California spokesperson Andrew Gordon said in an emailed statement that the UC is committed to providing students with assistance in light of the ruling.

“We believe this rule undermines our efforts to attract the best and brightest students to study, train and research at UC,” Gordon wrote. “We are deeply disappointed in the message the Trump administration is sending by expanding the definition of ‘public charge.’”

The UC has advocated against the public charge rule since it was proposed and continues to monitor its developments, Gordon added.

“Campuses are equipped to provide resources and directly assist the respective, unique populations of students who may be impacted by the adverse effects of this misguided rule,” Gordon said in the statement.