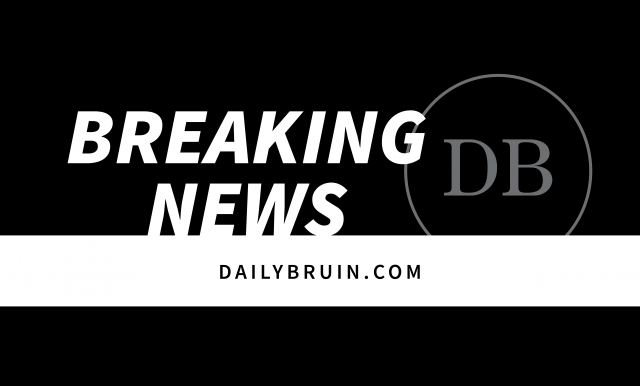 “This is not a response rooted in panic,” said Kathryn Barger, the supervisor of the 5th District, at the conference Wednesday. “Proclaiming a state of emergency enhances our preparedness and response capabilities while also providing opportunities to seek assistance from state and federal partners.”

There were seven confirmed cases of coronavirus in LA as of Wednesday morning, said Barbara Ferrer, the director of the LA County Department of Public Health, at the press conference.

Out of the six new cases, one is hospitalized and the other five are in home isolation, she said. All of the new cases are linked to a known exposure, Ferrer said.

One of the cases, which is currently in house isolation, is being watched over by the Kaiser Permanente West Los Angeles Medical Center, according to CBS Los Angeles.

Three were traveling in coronavirus-stricken Northern Italy, two were in close contact with a family member who tested positive for the virus and the last was exposed through his job to people who might have carried the disease, Ferrer said. The four confirmed infections announced Thursday were part of the same group traveling in Northern Italy, according to the Department of Public Health.

The first person infected in LA County, whose case was confirmed in January, is no longer afflicted and was cleared from the hospital.

The declaration comes in light of the first coronavirus-related death in California, which occured in Placer County, according to a statement by Placer County Public Health officials. The patient was an elderly adult with underlying health conditions who tested positive for the coronavirus after returning from a cruise, the statement read.

The news of the death prompted California to declare a state of emergency Wednesday afternoon, according to a press release from the Office of the Governor.

In the press release, Gov. Gavin Newsom said the emergency proclamation would help the state prepare in case the virus continues to spread.

Declaring a public health emergency allows LA County to seek future reimbursement from the state and federal government, Ferrer said. LA County is also increasing testing capacity and has received test kits from the Centers for Disease Control and Prevention, she added.

The UCLA administration is also increasing its response.

In an emailed statement sent to students Wednesday, Chancellor Gene Block said that, although there are currently no cases of the coronavirus at UCLA, the administration is looking to increase the use of online lecture resources such as Zoom or BruinCast.

If necessary, the university may provide opportunities for remote test-taking, Block added.

UCLA will also start to offer in-person informational meetings around campus and has started a coronavirus information page on UCLA Newsroom.

According to a Wednesday statement from UCLA Athletics, all scheduled athletic events will continue as planned. However, meet-and-greets and public autograph sessions with student-athletes have been postponed until further notice, the statement read.

Los Angeles Mayor Eric Garcetti said he signed a declaration of a local emergency for the City of Los Angeles, at the press conference Wednesday morning.

The City of Pasadena and the City of Long Beach will also be declaring local emergencies, although there are no confirmed cases in either city.

The declaration also follows an increase in U.S. infections, including nine coronavirus-related deaths in Washington state.

Hilda Solis, the supervisor of the first district, said she thinks it is important to get accurate information because misinformation has cultivated fear and discrimination.

“The last thing we want to do is create more fear in our community,” she said at the press conference. “Fear will not drive our responses.”