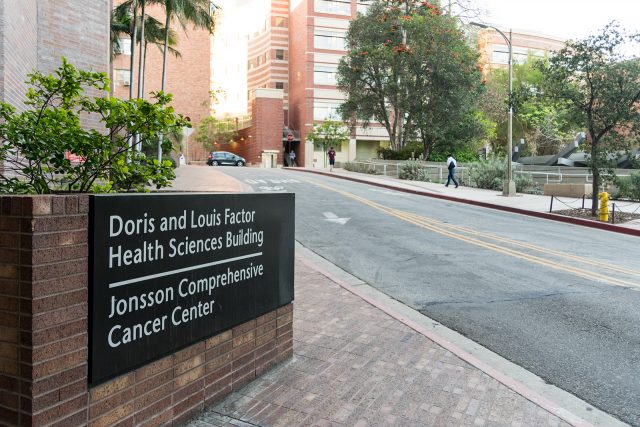 Students from the UCLA School of Nursing have begun their first online classes, spending hours working with computer-simulated patients instead of working in-person. This measure stems from the COVID-19 pandemic, which has made it difficult to place nursing students in hospitals. (Daily Bruin file photo)

Last week, students from the UCLA School of Nursing had their first online simulation classes. Students spent 12 hours on computers performing a series of tasks on simulated patients under direction of the faculty, replacing in-person learning.

In order to get a degree in nursing, students have to spend a certain number of hours in clinical practice assessing patients in a hospital setting. UCLA nursing students have in-person clinicals spring quarter of their third and fourth years of the nursing program. The California Board of Registered Nursing requires 75% of those hours be done with in-person, direct patient care in order to qualify for a nursing license. The other 25% percent can be done online. These percentages differ by state.

Linda Sarna, dean of the UCLA School of Nursing, said that the COVID-19 outbreak made it challenging to place nursing students in some hospitals.

Many hospitals barely have enough personal protective equipment for their own staff, Sarna said. Additionally, students may be asymptomatic carriers and affect patients in the hospital.

Because of these challenges, Sarna said the nursing program was putting a pause on placing students in the clinical setting. She said hospitals have also asked the program to delay sending students.

“It has been a struggle, because at times we thought we had a clinical placement set up, and the next day the rules changed and the spots changed,” Sarna said.

Nicole Claveria, a fifth-year nursing student, said while it is scary to be in a hospital because there have been so many COVID-19 cases, she still wants to work and help in light of the shortage of health care workers.

“For us (fourth-years in the program), we are a little in the dark for what is going on,” Claveria said. “All our nursing faculty, they are working extremely hard. They are working hard to get our hours in because they want us to graduate in time.”

Nursing students recently received an email saying they could start going to the hospital for their clinicals starting April 20, Claveria said.

The spread of COVID-19 has also disrupted the plans of nursing students who had been placed in hospitals already with placements for clinical rotations. Amy Tuey, a fourth-year nursing student, said her placement at Torrance Memorial Medical Center changed within a matter of hours.

“Monday, I had a meeting with my medical instructor and they said Torrance was still on,” Tuey said. “A few hours, later (the) Torrance hospital officially said they aren’t taking nursing students at this time in order to leave more spots open for new hires.”

On March 4, the California Board of Registered Nursing announced that 50% of the hours required in a nursing program could be done online through simulation or lab training.

Mary Ann Shinnick, director of simulation at the UCLA School of Nursing, said that they had been preparing in the case that the board decided to increase the number of simulation hours allowed. Shinnick said they had been looking for products to introduce to the program over spring break.

“If you put .4 instead of 0.4, you may be marked wrong,” Durghalli said. “That’s definitely a concern of mine, getting it wrong not because I did it incorrectly but because they didn’t like the way I wrote my answer.”

Durghalli said that while she understood it was risky for nursing students to go to hospitals, she felt a bit cheated by the experience.

Durghalli said risking her life treating patients would be something she would be doing as part of her job had she already graduated.

“Quite frankly I don’t want to spend 12 hours on my computer,” Drughalli said. “I want to do what I love best, which is taking care of patients.”

After her first clinical rotation, she said that the other nursing students and herself felt tired after seven to eight hours.

While they were exhausted during their shift, Durghalli said the online clinicals led to in-depth conversation about diseases such as chronic obstructive pulmonary disease. Durghalli added that because they were online with the faculty they had time to discuss the side effects of the 19 medications you can prescribe for COPD. If they were in a hospital setting, this might not have been possible, Durghalli said.

Members of the nursing cohort group chat supported each other throughout the entire shift, sending each other memes for encouragement, she added.

Sarna said they have created an independent study course that looks at the pandemic and pandemics throughout history. Although the course was created for graduate students, undergraduate students would also be able to join the course with faculty approval, Sarna added.

Sarna said COVID-19 allows students to understand how to prepare for pandemics by learning about supply chains for respirators, public health strategies and the identification of demographics who are at risk.

“Here we are in a new pandemic,” Sarna said. “I don’t think any of us would have imagined that we would be experiencing this.”

Lewis is an Opinion columnist and News contributor.