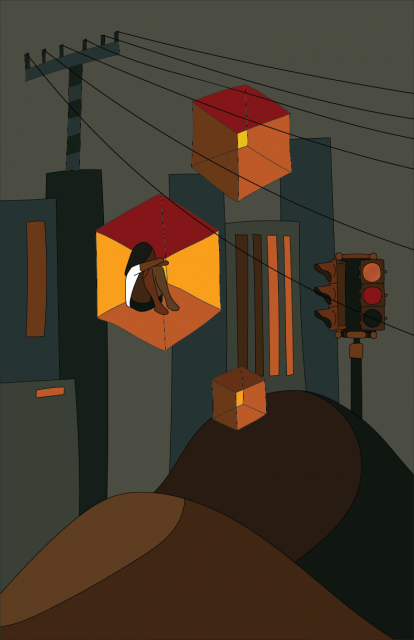 Amid stay-at-home orders and a pandemic, student use of UCLA Counseling and Psychological Services has more than halved.

The number of students using CAPS services for the first time in at least six months has dropped 65% to 70% between finals week of winter quarter and the start of week four, said Nicole Green, executive director of CAPS.

Green said she believes the drop comes from students transitioning into their new living situations.

“It makes sense to me that people have not been thinking about mental health so much, because they’ve been trying to manage basic needs,” Green said.

Green said that although fewer students are seeking first-time appointments with CAPS, the numbers may increase once students are able to assess their new living environment.

“It takes a while to (think), ‘Oh, this is not going well,’ so I think we might see an increase later in the spring and then in the summer,” Green said.

“When you’re off campus and there’s a pandemic going on, it’s a very different situation, where all of a sudden, you don’t know what resources are still active,” Leuchter said.

Before the switch to online instruction, PAWS was asked by some outreach groups to extend more help to engineering students, as well as preprofessional students, such as students pursuing degrees in law or medicine.

The uncertainty that usually accompanies a high-competition career path affects more students now than it ever has, Leuchter said .

“People are worried about job prospects,” Leuchter said. “If they’re not able to meet recruiters, or if there are hiring freezes due to COVID, things like that.”

Shannon Burns, a graduate student in psychology, said that although her panic attacks have gotten more frequent since classes moved online, she is reluctant to make an appointment with CAPS.

“I feel like … so many other people are going to be needing it, and maybe they need it more than me,” Burns said. “It feels like maybe I should be getting help, but this is not a normal time. And so I don’t know what the new standards are for (how) to seek help.”

Although the decrease in new clients to PAWS has been dramatic, Leuchter said the program can’t know how many students aren’t getting mental help who need it.

“There are all kinds of possible reasons why someone might not reach out to us, but we’re always here for them when they do,” Leuchter said.