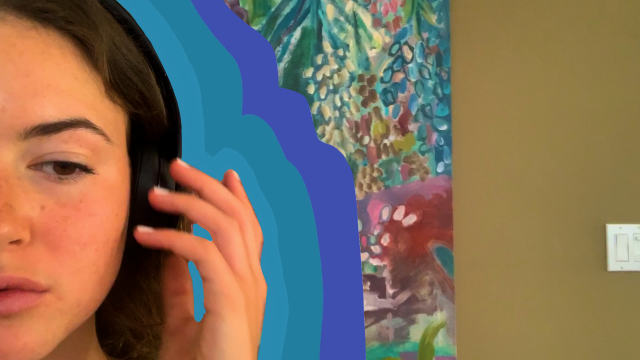 The coronavirus pandemic has drastically upended life in the most unforeseeable of ways. At UCLA, our community is remarkably united by similar feelings of loss, confusion and concern, but also by light, hope and perspective that the pandemic has brought to the forefront. In “Columns From Quarantine,” Daily Bruin staffers and community submissions highlight the personal stories that mark this unprecedented moment. If you have a quarantine story to tell, you can submit it here or email [email protected].

Today marks my eighth week of quarantine. I’ve seen 56 sunsets, watched about 26 hours of movies and listened to something like 16,000 minutes of music. All from the comfort of home.

In a world that gets dubbed as so big and so scary, the smallest layer of your world – your own brain – can have so much uncharted territory. And for some of us, exploring that for 56 days can be kind of terrifying.

As I sat down at my kitchen table Tuesday of finals week in winter quarter, analyzing some story I didn’t care about for a class that had already ended, I found myself spiraling down different trains of thought.

In one, I mourned the loss of people I’d never met: an old man from Italy, a young woman from Washington. In another spiral, I became anxious about the quick disintegration of a life I’d spent so long working to achieve at UCLA. In yet another, I became equally grateful and guilt-ridden for the privilege that allowed me to sit in front of a computer in a home with my family puttering around me – a seemingly simple scene that’s not a reality for everyone right now.

Beginning my paper’s thesis was quickly lost in this tangled mess of spirals. So, I opened Spotify.

I started compiling the voices of Lauryn Hill, Stevie Nicks and Elliott Smith – the ones that slow the world down for just a couple minutes – into a playlist.

As I began to take my sadness out on my music choices, queuing slow ballad after sad song, I let the soothing voices of my favorite artists fill the air around me while I sat in my room – suddenly feeling slightly less alone. I started to accept that while the world was obviously not feeling normal, maybe I wasn’t either.

For many, feelings are reactionary – just lofty ideas you can brush off. But as someone who’s struggled with mental health, both firsthand all throughout high school and secondhand through my closest loved ones, I know feelings to be a dangerously uncontrollable force.

The first week of quarantine, I alternated between nights of sleeping too much and nights of hardly sleeping at all; days of not eating at all and days of snacking gluttonously; hours of tirelessly refreshing my Twitter feed and hours of attempting to finish my online finals. Waking up brought on a dread for the monotony of the day to come, and talking to anyone sparked a fresh anxiety about the news updates they might give.

While the situation of COVID-19 is universally novel, I recognized my reactions as old habits and dangerous feelings that had been revived from a distant memory. And with most of my learned outlets unavailable given the pandemic, I felt the quicksand of my old way of life sucking me back in.

Luckily, melodies, lyrics and beats were immune to stay-at-home orders and viruses. Playlists like the one sarcastically named “oh it’s ENDING ending” became a source of solace – one that, at first, dramatically reflected how truly doomed the world felt.

I began to listen to it on repeat.

After a few days of drowning in anxious reactions to every CNN notification and sad realizations of what I would’ve been doing if life were normal, I overheard my neighbor singing along to ‘Oh! You Pretty Things’ by David Bowie. I giggled as she attempted to fill both the roles of Bowie and his piano with just her voice.

When her performance ended, my smile stuck around.

Without really knowing why, the next few days felt lighter. My focus drew itself toward small things, like beating my sister in Taboo or perfecting my chocolate chip cookie recipe, and slowly began inching out the darkness that once inundated my brain.

I started a new playlist and called it “the birds are still chirping.” And while I still felt the sadness of the pandemic unfolding outside, I began to allow the voices of HAIM and David Bowie push back against the strength of the quicksand.

Perhaps there’s only so much variety my childhood home can provide, or perhaps the world has become too much like a sci-fi horror movie. But my feelings and my thoughts – the least tangible, most intimate part of my world – have had the least shakeable and most palpable effects on me these past few weeks.

While some days are characterized by an appreciation for the extra time with my family, others are marked by a profound sadness for the global struggle we are all enduring. On some days I dance around like a little kid singing along to Dua Lipa and Tove Lo, blasting my playlist “break out (while still staying in).”

On other days I pretend life is normal for three minutes at a time while nodding along to Smino and Noname on “ignorance is bliss?” attempting to resemble some ounce of normalcy from my prepandemic life.

And on some days when no words at all suffice, I turn on “quarantini mix” and I sit listening to the sounds of Odesza and Petit Biscuit to drown out the world around me. Through all of them, I lean on the shoulders of artists when my own thoughts get too heavy to carry.

My city, Oakland, California, announced a couple of weeks ago that it will extend its stay-at-home order until at least May 31. That’s another 20 days trapped inside the tyranny of my moods.

But what I’ve learned so far is that moods often don’t last forever – and hopefully, neither will this quarantine. So listen to my playlists or make your own.

Your mental health is important, and at the very least, we still have our tunes.

Isabel Weinerth is a third-year psychology student from Oakland, California, and is an Opinion columnist for the Daily Bruin.

Weinerth is an Opinion columnist.