While some Village businesses find relief in Paycheck Protection Program, others don’t 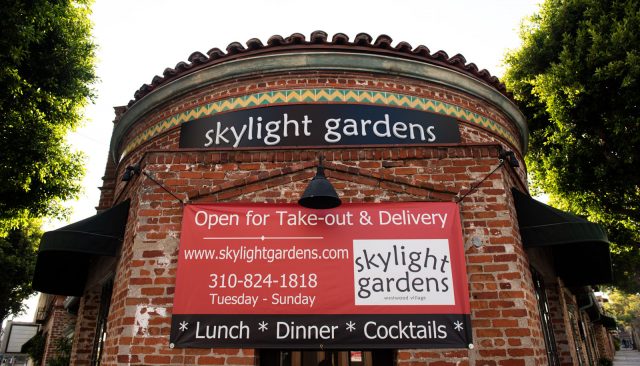 Skylight Gardens received a loan through the Paycheck Protection Program thanks to a prior relationship with its lender. However, some other small business with less developed lender relationships did not receive funding during the first round of the program. (Axel Lopez/Daily Bruin senior staff)

A federal loan program to help with the coronavirus pandemic has seen mixed results in Westwood Village, according to local business owners.

The federal government launched the Paycheck Protection Program on April 3, intended to provide affordable low-interest loans to small businesses suffering from the effects of the pandemic. However, some Westwood businesses have had their applications rejected or have decided against applying because of program requirements.

The program exhausted its initial $349 billion in funding by April 16 because of high demand from businesses. The government initiated a second phase of the PPP on April 27 with an additional $321 billion in funding to meet demand.

The program offers loans at an interest rate of 1% and has a maturity of two years. The loans will be forgiven under specific conditions, primarily under the stipulation that the business must use at least 75% of the funds to cover payroll costs. This requirement incentivizes business owners to keep employees who would otherwise be laid off.

To be eligible for a PPP loan, a business must have less than 500 employees, with some exceptions listed by the United States Small Business Administration. Eligible businesses must apply through federally insured lenders, which tend to be community banks.

Most businesses in Westwood have not taken advantage of PPP funding, said Michael Skiles, president of the North Westwood Neighborhood Council. In some cases, owners have elected not to apply for federal loans, because the money would still be insufficient to keep their businesses afloat during the statewide shutdown caused by the pandemic, he added.

“(Some Westwood businesses) thought that getting a grant for eight weeks worth of payroll wasn’t worth keeping the business open through months of COVID-19 followed by the typical summer lull,” Skiles said.

A number of other business owners had their loan applications rejected because of insufficient credit history with their local bank, Skiles said.

“When funding for these loans is scarce, and there are long lines of businesses trying to get access to them, businesses are more likely to succeed if they already have had an SBA loan and thus, an established relationship with the bank,” Skiles said.

Despite some concerns, the PPP has produced positive results overall for the U.S. economy, said William Yu, an economist at UCLA Anderson Forecast. Yu said falling unemployment applications during the month of April was evidence that the federal program has allowed businesses to retain employees they would otherwise have had to let go.

“PPP is really helping small businesses,” Yu said. “You see some businesses laying off employees but now using this money to hire back those same workers. While it’s not perfect, it is doing a very good job so far of mitigating economic suffering for small businesses.”

Since California Gov, Gavin Newsom issued the stay at home order back in March, consumer spending has dropped dramatically, according to Forbes.

The two months of reduced operations caused by the stay-at-home order have been nothing short of catastrophic for businesses, Thomas said. Many owners have had to reduce their staff by more than half to cut costs.

A prolonged economic closure would likely force many establishments to close permanently, he added.

Headlines Diner and Grill owner Benny Mendez said his daily revenue fell from $3,000 to $1,000 after the coronavirus pandemic hit. He applied for a PPP loan in early April but ultimately received no funding, as his lender had exhausted all available funds on other clients.

Mendez said he felt his bank prioritized larger businesses with established credit relationships over smaller entities like his own.

David Shulman, a senior economist at UCLA Anderson Forecast, said Mendez’s experience represented a common frustration during the PPP’s first phase. Credit institutions giving out these loans were not interested in smaller customers and prioritized their larger clients, he added.

Many small business owners have heavily criticized the PPP after reports surfaced in April that major corporations including Shake Shack, Ruth’s Chris Steak House, and a number of major hotel chains received funding while smaller businesses had been denied loans.

Peter Clinco, owner of Skylight Gardens, an Italian restaurant in Westwood, said he was able to get his application for a PPP loan approved because of a prior professional relationship with his local lender. Other Westwood businesses weren’t so lucky, he added.

“A lot of my colleagues didn’t get a chance at that first wave of money because some big institutions front loaded themselves in,” Clinco said. “These banks reshuffled the deck to take care of their best customers,” he added.

Miguel Anaya, who owns Pinches Tacos with his brother Jose, said receiving PPP funding allowed their business to stay open longer than would otherwise have been possible and avoid laying off staff, after initial losses from the shutdown cost them 70% to 75% of their revenue.

Nevertheless, he said his experience with the program had still been somewhat frustrating. For instance, the requirement to spend three quarters of the funds on payroll restricted him from using the money to pay fixed costs such as rent.

“Landlords still expect their money, we still have to pay them,” Anaya said. “When you’re forced to shut down by the government and then you lose 75% of your revenue but are instructed to run your business the way that they want, it’s unfortunate.”