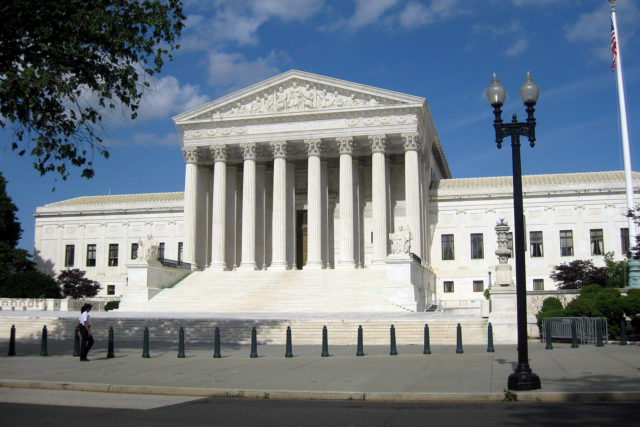 The Supreme Court ruled against the rescission of the Deferred Action for Childhood Arrivals program in a 5-4 decision Thursday. (Creative Commons courtesy of Wally Gobetz via Flickr)

The Supreme Court ruled against the decision to end a program that would protect undocumented individuals from deportation, claiming the decision was made arbitrarily.

The Deferred Action for Childhood Arrivals program was first created in 2012 by the Department of Homeland Security under the Obama administration, which allowed undocumented individuals who entered the country under the age of 16 to defer deportation and legally work in the U.S.

The court voted 5-4 in favor of the University of California Regents, one of the first entities to challenge the termination of DACA, finding that the DHS’ decision to end the DACA program was both reviewable in court and arbitrary.

In response, the DHS revoked both DACA and the Deferred Action for Parents of Americans and Lawful Permanent Residents program in June 2017.

The DHS created DAPA in 2014, which would have extended the same rights to parents of DACA recipients.

However, multiple plaintiffs, including the UC Regents, challenged the decision to revoke DACA, claiming the decision violated the Administrative Procedure Act and the due process clause of the Fifth Amendment.

UC President Janet Napolitano helped create DACA while serving as the secretary of homeland security under the Obama administration.

“The Supreme Court’s decision to uphold the University of California and the California attorney general’s challenge against the Trump administration’s capricious action is a victory for hundreds of thousands of young people who are making vital contributions to their families, schools, employers and the nation,” Napolitano said in a press release Thursday.