By Shruti Iyer and Genesis Qu 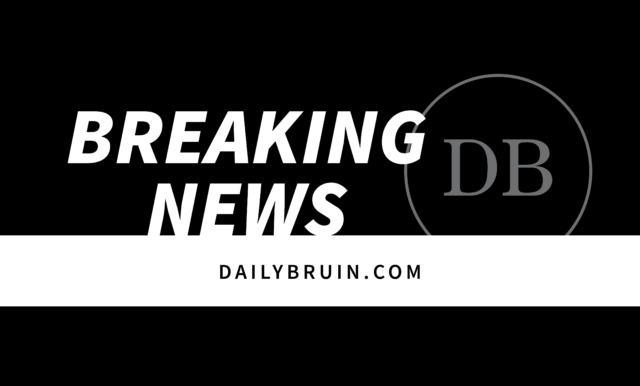 A visiting UCLA researcher was charged with destroying evidence, the U.S. Department of Justice announced Friday.

The state of California will sue the federal government over new regulations that would force international students taking only online classes in the fall to leave the United States, according to a press release from California Attorney General Xavier Becerra Thursday.

The suit argues that the U.S. Immigration and Customs Enforcement modifications are “arbitrary and capricious” and violate the Administrative Procedure Act, which regulates rule-making for federal agencies.

The state will join the University of California system, which announced Wednesday that it would file suit against the Trump administration.

ICE announced Monday that students with an F-1 or M-1 visa cannot stay in the U.S. in the fall if they only take online classes. Students at schools operating under a hybrid model, which offers both in-person and online classes, must take at least one in-person class to maintain their visa status, the agency said.

The suit listed the Department of Homeland Security, ICE and the heads of both those agencies as defendants.

The APA requires federal agencies to publish new, amended or repealed rules in the Federal Registry at least 30 days before the rule is enacted unless there is “good cause” or for limited exceptions.

The California suit argues that the DHS and ICE did not follow either of those procedures and that the rescission did not meet the criteria for exemption.

California will be the first state to sue the federal government over ICE’s new modifications.

Before the COVID-19 pandemic, students with M-1 and F-1 visas were required to take the majority of their classes in person. ICE temporarily exempted students from these requirements in March to give students and colleges flexibility amid the pandemic, however, Monday’s modifications reversed those exemptions.

California Community Colleges Chancellor Eloy Ortiz Oakley said in the press release that California is standing up for the safety of its students.

“We will not sacrifice the benefit of the diversity of experiences and perspectives that international students bring to our colleges, nor will we sacrifice the safety of any student, faculty, or staff member at our 115 colleges,” Oakley added.

Colleges would only have weeks to complete and verify I-20 forms for students able to enroll in hybrid programs in order to protect those students from deportation, Becerra added.

Becerra said the Trump administration’s actions jeopardize the mission of California’s higher education institutions and burden university budgets at a time when schools are already suffering from the economic impacts of COVID-19.

“No one graduates more students from college or assembles a more talented and diverse group of future leaders than California,” Becerra said. “Today’s lawsuit rests on America’s enduring principle that everyone who works hard and plays by the rules can earn a chance to get ahead. We’ll see the Trump Administration in court.”

Qu is the 2021-2022 Editor in chief. He was previously the 2020-2021 campus politics editor and a contributor for The Stack. He is also a fourth-year statistics and political science student at UCLA.