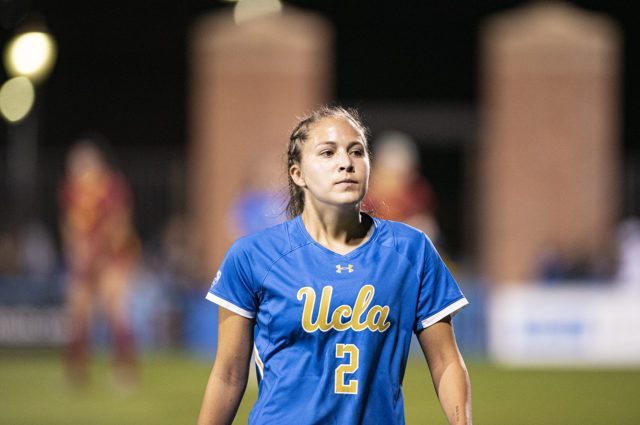 While her team was unable to advance to the semifinals of the Challenge Cup, the forward almost put the Spirit through by herself.

The rookie, who left UCLA after three seasons to turn professional following the 2019 season, had more shots on target in the first half than the opposing Sky Blue FC had in the entire game. Sky Blue goalkeeper Kailen Sheridan was able to deny Sanchez each time and keep the Spirit at bay.

Sanchez was substituted out after 80 minutes of action and could only watch as her team fell in a penalty shootout. However, the Spirit awarded her the top performance for her efforts as the team awaits the next step for the NWSL’s season.

Returning to the site of his 2019 triumph, the former Bruin was unable to defend his title.

Cantlay finished with a 4-over 292 at the Memorial Tournament in Dublin, Ohio, good for 32nd place. He ended 13 strokes behind winner Jon Rahm and even with other top players such as Rory McIlroy, Bubba Watson and Sergio Garcia.

Cantlay won the same event last year with a 19-under 269. However, the dry conditions in the area caused the course to play much tougher this time around. Only nine golfers finished under par over the weekend, while 47 accomplished the same feat at this course in 2019.

Two former Bruins are gearing up for the new MLB season with intrasquad scrimmages before their campaigns begin later in the week.

New Yankee Cole pitched for 5.2 innings Friday, giving up two home runs but striking out seven of his teammates in the intrasquad game. Cole was named the Opening Day starter and will get the ball to start the season against the Washington Nationals in the league’s first game back with no fans.

While he will not be first in the rotation for the Reds, Bauer also had a good Summer Camp outing pitching for the Reds. He ended his Thursday session with eight strikeouts and only a lone hit allowed, blanking the opposing squad in five innings.

Bauer is projected to start on July 26 for the Reds in the series finale against the Detroit Tigers.

Both pitchers are expected to start around 12 times in the MLB’s shortened 60 game season.