After 20 years of business in Ackerman Union, Campus Cuts is closing its doors 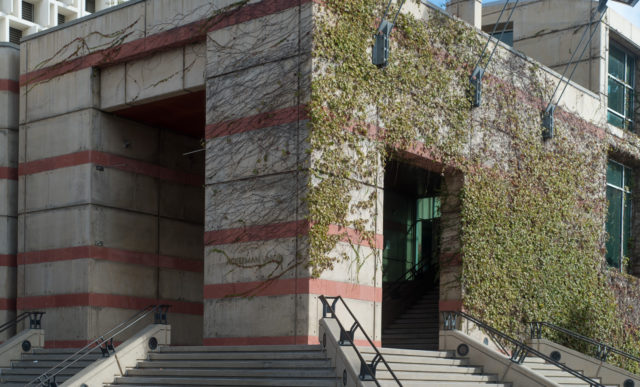 Campus Cuts, a barbershop on campus, will close after 20 years of business in Ackerman Union.

UCLA’s lease with Campus Cuts expired March 31 and was not renewed, said Michelle Moyer, the director of business affairs and compliance for Associated Students UCLA, in an emailed statement. Moyer said Campus Cuts did not meet certain requirements ASUCLA set before new contract negotiations, but declined to state what the requirements were out of courtesy to the Campus Cuts staff. The nonrenewal was not based on financial constraints due to COVID-19, she said.

Medrano’s father had been renegotiating Campus Cuts’ lease with UCLA in March before campus was closed due to the pandemic, she said. Medrano said that a few weeks after campus closed, she sent an email to Moyer asking what options they had to return to campus, but was told by Moyer that UCLA terminated their lease.

“She said, ‘Thank you for all the years you’ve been here, we’ll miss you,’” Medrano said. “It was really, really abrupt.”

She added that she tried to apply for as many loans as she could to help the business, including two different loans from the Small Business Administration, but was denied due to low credit.

Medrano said that it was difficult to get information about the loan applications – her father has an account with Bank of America, but Medrano said the bank’s employees would send her father online, while the website would tell her father to visit a physical branch.

Her father, Mauricio Medrano, has worked in Westwood Village as a barber for more than 30 years after immigrating to the U.S. from El Salvador, she said. Medrano said Campus Cuts was something her father worked his whole life on, and she was heartbroken to see her father’s dream taken away despite how hard he worked.

During its time on campus, Campus Cuts attracted many regular customers, including professors, students, hospital workers and cadets from the ROTC, Medrano said.

Campus Cuts brought a different vibe to campus, she said. The hairdressers regularly talk to other people who worked in the building and others came just to hang out, she added.

“It’s just something that people can come and quickly get away, and also leave feeling clean and kind of grown and pampered a little,” Medrano said. “It’s a good feeling.”

Annette Johnson, who worked as a cosmetologist at Campus Cuts for 13 years, said she was shocked when she found out that the store was closing. She said that as a cosmetologist, work opportunities are limited because of COVID-19 restrictions that require hair salons to stay closed.

“Not having a job, especially during this time, I don’t know how one can survive,” she said. “That was our livelihood, being at Campus Cuts.”

Johnson said she is still hopeful that Campus Cuts and UCLA will come to a resolution and renegotiate the lease.

Many of the Campus Cuts workers have known each other for a long time – several hairdressers have worked there for at least 15 years – and there is a lot of love and sharing among the workers, Medrano said. The Campus Cuts community was kind of like her family, she added.

“We have seen so many things just kind of come and go, and we’ve always been there,” Medrano said. “It’s a place people come to and get their hair done and feel comfortable.”