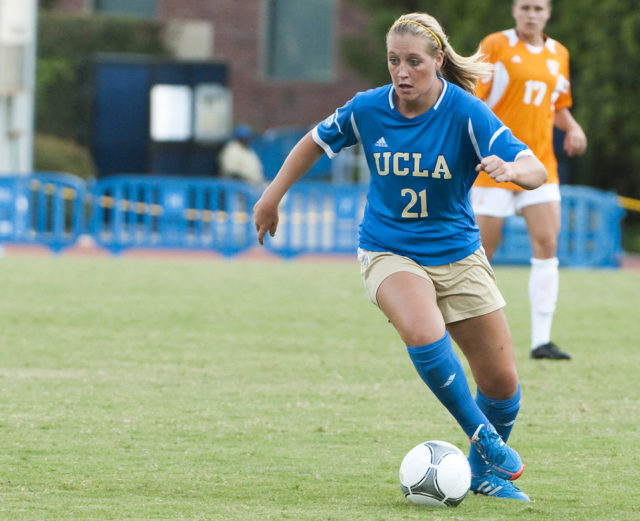 Just as she helped UCLA women’s soccer take home a national championship in 2013, defender Megan Oyster helped the Houston Dash win the Challenge Cup, the one-off NWSL tournament which was created because of the COVID-19 pandemic.

Many thought Oyster would miss the championship, but even with the fractured rib, Oyster started at center back in the final against the Chicago Red Stars. While she didn’t contribute anything in the stat sheet, she played the full 90 minutes and helped defensively as her team shut out the Red Stars in the 2-0 victory.

With four million Americans watching – the most for a regular-season baseball game since 2011 – right-hander Gerrit Cole picked up the first victory of the 2020 MLB campaign.

In the first game of the season, the New York Yankees took down the reigning World Series Champions, the Washington Nationals, 4-1 in a weather-shortened, five-inning game Thursday. The game marked the first regular-season appearance for Cole with his new team after becoming the highest-paid pitcher ever in the offseason.

Cole – a Bruin pitcher from 2009-2011 and the No.1 overall pick in 2011 – pitched five innings, a complete game because of the rain delay, giving up just one run to go with five strikeouts.

Cole’s next start will come Tuesday against the Philadelphia Phillies.

UCLA also had multiple former players who are now managers make their 2020 debuts this week.

Ron Roenicke, a member of UCLA baseball in 1977, was hired by the Boston Red Sox in the offseason with the departure of former manager Alex Cora. In his first games as a manager since 2015, Roenicke’s Red Sox went 1-2 against division rival Baltimore Orioles.

Dave Roberts, a recent inductee of the UCLA athletic Hall of Fame for his time as a Bruin outfielder from 1991-1994, has been the Dodger manager since 2016. Roberts’ Dodgers started the season 2-2 in a four-game series against the San Francisco Giants.

Torey Lovullo is now entering his fourth season as the manager of the Diamondbacks. The former two-time Pac-10 player of the year with UCLA has started the season 1-2 with Arizona after starting with a series against the San Diego Padres.

A pair of former Bruins helped kick off the new WNBA season.

Forward Monique Billings’ Atlanta Dream also began its season in victorious fashion, defeating the Dallas Wings 105-95 on Sunday. The UCLA alumna put up a career-high 30 points and grabbed 13 rebounds in 31 minutes, and leads the league in points and is second in rebounds after the first round of games.

Both players have 21 more regular-season games to go in the WNBA’s shortened season, and will match up against one another August 6 and August 12.