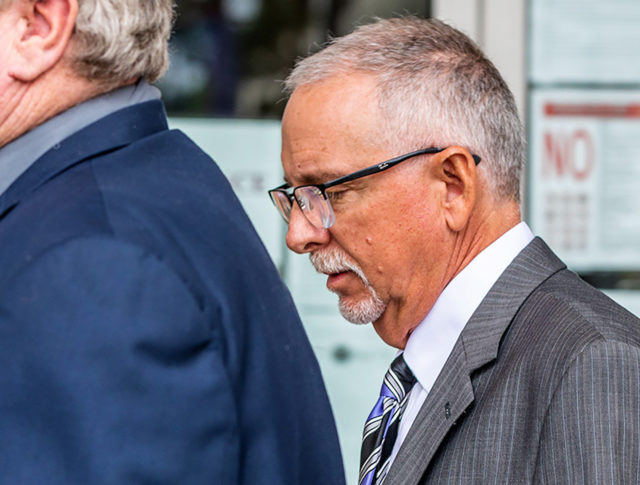 This post was updated to include a clarified maximum potential sentence Aug. 3 at 8:02 p.m.

Prior to the new charges, Heaps faced criminal charges from two former patients for two counts of sexual battery and one count of sexual exploitation by a physician.

Heaps was a UCLA Health obstetrician-gynecologist from February 2014 to June 2018 and previously worked part-time at the Arthur Ashe Student Health and Wellness Center. Heaps was a faculty member at the UCLA David Geffen School of Medicine from 1989 until 2018.

In total, Heaps is now accused of 20 counts of felony sexual misconduct by seven former patients, said Jennifer McGrath and Darren Kavinoky at a press conference Monday. McGrath and Kavinoky are lawyers representing three of the new plaintiffs and nearly 100 plaintiffs of civil lawsuits against Heaps.

If convicted, Heaps may face as much as 67 years in prison and lifetime sex offender registration, Kavinoky said.

Leonard Levine, a lawyer representing Heaps, said he believes that evidence will show that the allegations against Heaps are false.

Judge Christopher Dybwad set Heaps’ new bail at $650,000 and ordered Heaps be remanded into custody in the courtroom. Prior to the new charges, Heaps was released on his own recognizance, meaning that he was released without bail due to a low likelihood that he would fail to return to court.

As of April 9, 2020, UCLA Health has received at least 159 calls from former patients expressing concern over their interactions with Heaps.

Allegations against Heaps formally reached the UCLA Title IX office in December 2017, which began its investigation that month.

The resulting Title IX investigation’s May 2018 report did not decide whether Heaps’ conduct was sexual assault, instead waiting for the assessment of medical professionals.

However, UCLA did not notify students of the allegations against Heaps until June 10, 2019 – more than a year after the investigation began in 2017.

Heaps continued to practice at UCLA Health throughout the investigation until June 2018, when he was placed on paid leave. Heaps retired that June after the university notified him in April that it would not renew his employment contract.

The University of California paid at least $3.5 million last year in settlements related to the allegations against Heaps.

Heaps’ next preliminary setting hearing will be held at the LA Superior Court Airport Courthouse on September 15.