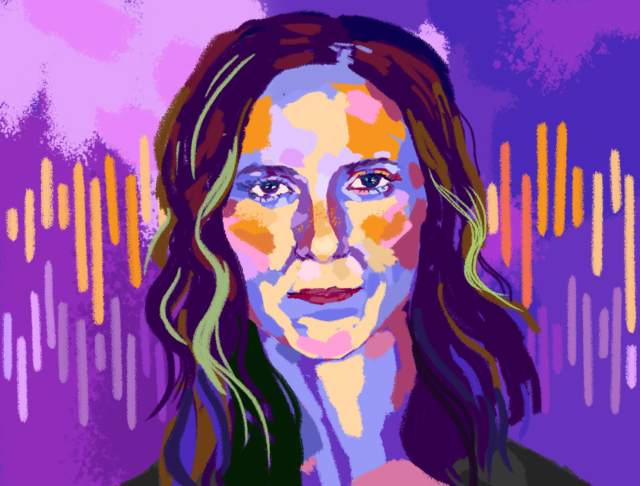 Music is not simply played in the background in “Euphoria,” it is a main character.

The HBO show received six Emmy nominations in 2020, including outstanding music supervision for its season one finale episode. The show features a wide array of genres and artists from BTS to Donny Hathaway, along with an original score composed by singer-songwriter Labrinth. The music supervisor for the show, alumna Jen Malone, said “Euphoria” contains an immense amount of music for a TV show, and part of her job was finding and fitting the songs into the scenes by considering how each song complements the narrative.

“In the last 10 years or so, music has come to the forefront starting with shows like ‘The O.C.’ (and) ‘Grey’s Anatomy,'” Malone said. “It’s always been there, but it’s more acknowledged as character and as a vehicle to help the story that the director wants to tell.”

When it came to fitting songs into certain scenes, Malone said the process was similar to putting puzzle pieces together with other filmmakers. She and Sam Levinson, the creator of “Euphoria,” wanted a mix of both diegetic – music that originates from within the scene – and nondiegetic songs, each carrying different functions, such as setting the tone or evoking emotions.

Such considerations are highlighted in the finale’s key moment when Cassie (Sydney Sweeney) has an abortion and imagines herself ice skating during the procedure. Malone said they chose Arcade Fire’s “My Body is a Cage” as it scored the event lyrically and played into Cassie’s escaping her reality. The episode also featured another significant track, Donny Hathaway’s “A Song For You,” which frames the scene where Rue (Zendaya) has flashbacks of her complex and difficult journey with her family, love and addiction.

Along with the careful song choices, the music edits also help express the tone of the show. One of the show’s lead music editors, Bryant Fuhrmann, said Levinson spent a lot of time working with them, unafraid to recycle music presented earlier in the show by taking elements that evoke a certain feeling. Levinson would suggest edits such as adding more distortion, reverb or layers into the track in order to create a more oppressive and dark tone, essentially creating an inescapable wall of sound.

“(This wall) runs through all aspects of the series musically (and) in the material itself: The characters are stuck in some way, shape or form,” Fuhrmann said. “Maddy (Alexa Demie) is stuck in an abusive relationship, Rue is stuck trying to recover and Jules (Hunter Schafer) is stuck trying to escape the past.”

By focusing on the stylistic role of music in “Euphoria,” Jason Newman, the other lead music editor, said the music not only helped shape the narrative but also spoke to the generation “Euphoria” represented. He said the original score often felt like a young and contemporary track one would hear on the radio, which allows audiences to feel the energy and emotion of the characters’ teenage world.

“(The music) brings that forward motion that every picture needs to connect the dots in the story,” Newman said. “You can hear the changes and the vibe and think, ‘This is the part I need to pay attention to.’ The way that the music is crafted (gives) those subtle cues that (the audience) doesn’t even know they’re receiving.”

Additionally, Fuhrmann said the music also worked hand in hand with the vibrant visuals of the show. While the imagery and dialogue could tell a lot to the audience, he said the show’s music helped fill in the subtext for viewers by portraying the character’s emotions in a way nothing else could. At times, the songs lended themselves to the images on screen to make the scenes appear almost like music videos, Newman said.

But Malone said perhaps the season’s largest and most dramatic undertaking both musically and visually was putting together Labrinth and Zendaya’s metaphorical track, “All For Us,” in the final scene of the last episode. The number features an entire marching band and choir accompanying Rue as she sings, and the climactic sequence leaves the audience wondering what happened to Rue.

“I was working with (Levinson), Labrinth and Zendaya to record the vocals and get the song to where it should be (with) the arrangement of the marching band and the choir,” Malone said. “(I was) there on set all night … making sure everything was being executed properly on a music level.”

As seen through the intricate and theatrical final scene, music was never an afterthought in “Euphoria,” Fuhrmann said. Of course, shining the spotlight on the show’s music came with its challenges considering the music department had to keep up with a fast-paced television schedule, Malone said. Working with as many as 27 songs in some episodes every week was intense, but she said the audience’s reaction was worth it.

“A big misconception is that we just sit around and listen to music all day as music supervisors, and that couldn’t be further from reality,” Malone said. “It was by far the most difficult show I’ve ever worked on. But it’s pretty incredible … to have the audience have such a strong connection with the music.”