Jack’s Facts: Pac-12 must embrace change to compete with other Power 5 conferences 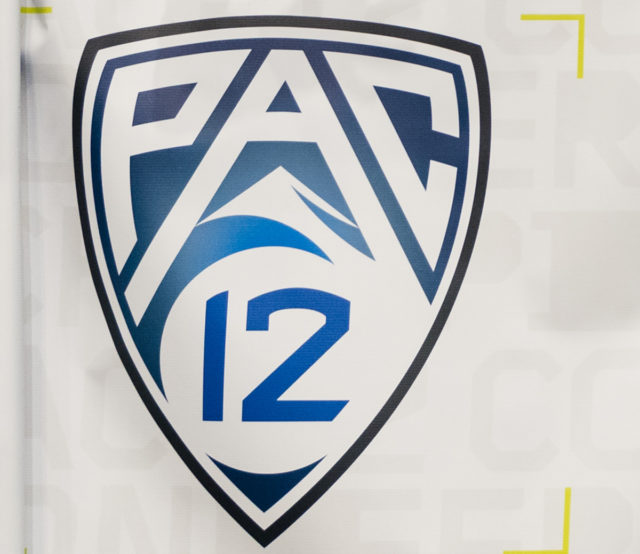 Fans have been vocal about their dissatisfaction with Pac-12 Commissioner Larry Scott. Journalists constantly publish articles and columns detailing how Scott has been failing the conference nationally.

The list of problems in the conference is, well, extensive to say the least.

Let’s start with the most high-profile sport in the nation — football.

The NCAA decided to change the football playoff format starting in the 2014-2015 season following complaints that the former BCS system left out deserving schools. The organization decided on the College Football Playoff as the preferred method to decide a champion.

In the newly revamped playoffs, four teams make the semifinals each year. In the six campaigns since, the Pac-12 has been in the final four just twice and zero times since 2017.

Scott addressed the concerns of the conference’s not having a representative hurting the prestige of the Pac-12 in December 2019.

“I completely get that it would really release the pressure of being the one that’s been on the outside looking in the most in the first six years to say that automatically we’ve got our champion (in),” Scott said in an Associated Press article. “But we also have agreements through 2026 (the championship game) that I think will be very challenging for us to all agree how we’re going to amend and change.”

But Scott absolutely has the power to help the Pac-12 make the playoffs. As I wrote in January, moving to an eight-game conference schedule from the current nine-game one like the more successful conferences such as the SEC and ACC would provide an almost immediate boost.

To be failing so badly in one of the nation’s most popular sports is not necessarily a death sentence for a conference. The Big 12 has not won a national championship in football since 2005, one year after USC won its last title – a title that would later be vacated.

The Big 12 adapted though. After failing to make the CFP two out of the first three years, the Big 12 reinstated its conference championship game that had been dormant since 2010. After that decision, the Big 12 has made each of the last three national semifinals, although it has been just Oklahoma each time. None of its teams have made the final game in the new format, but at least they are in contention and in the national spotlight.

Football is not the only major sport struggling in the conference. Men’s basketball has not seen a national title come to the West Coast since 1997 when Arizona claimed its lone title.

Things have looked even worse since Scott has taken over in 2009, as the Pac-12 is not even regularly in title contention. In his tenure, only one Pac-12 team has made a Final Four — Oregon in 2017 — and zero national title game appearances.

The conference can survive not winning titles in the two biggest sports if it makes all the right moves everywhere else.

Pac-12 officials should be trying to schedule more football games earlier in the day so the national viewing audience gets Pac-12 contests in front of their eyes. #Pac12AfterDark is fun, but playing games past midnight on the East Coast prevents most of the nation from seeing just how good some of the teams are.

Speaking of television, the Pac-12 Network has been a disaster since its rollout. The conference decided to go along with its TV network, unlike the SEC and ACC Networks, which are owned by ESPN. ESPN reached out last year to help distribution for the Pac-12 Network, but the conference said no, seeking out a bigger deal.

No bigger deal came, and the Pac-12 Network is still not on every major provider network, while the SEC and ACC Networks continue to benefit under ESPN.

Not everything happening in the conference is Scott’s fault, and he actually does have positives on his resume since taking over. In particular, the conference’s response to the COVID-19 pandemic should be commended. It was the only Power 5 conferences to unanimously postpone fall sports, showing the presidents and commissioner care about the health and safety of its athletes over profit.

However, this only highlights the root problem with the leaders. They refuse to change, even when the situation demands it, unless forced to in instances like the pandemic. They are always reactive instead of proactive.

From football scheduling to TV rights, the Pac-12 says, “It’s our way or the highway,” and the highway is looking pretty good right now.

Change starts at the top, and that change needs to happen sooner rather than later if the Pac-12 wants to live up to its claim as “Conference of Champions.”