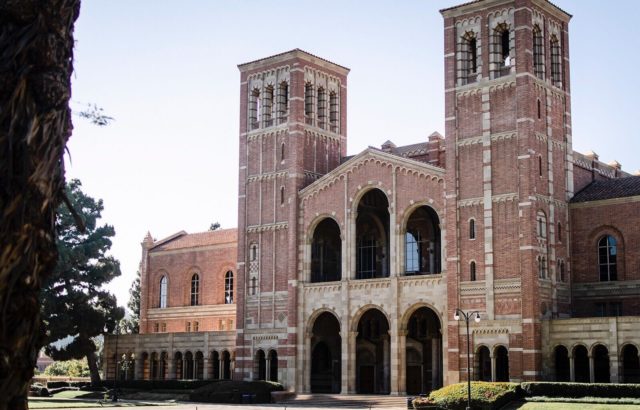 The University of California admitted at least 64 unqualified students between 2013 and 2019 based on donations or family connections, including four applicants admitted to UCLA as student-athletes, according to a state audit released Tuesday.

The majority of the improperly admitted students – 42 out of 64 – were admitted at UC Berkeley through its regular admissions process. Most of the students UC Berkeley admitted either had connections to the school’s staff or their family were donors to the university.

The other 22 students were recruited as student-athletes across the four UC campuses in the report, despite a lack of athletic qualifications, because of family connections or donations. UCLA admitted four of these students. The report did not clarify what team the students were accepted to, when they were accepted or if they were connected with the 2019 Operation Varsity Blues scandal.

Most of the improperly admitted students were white and at least half came from families who earned $150,000 or more per year, according to the report.

“By admitting 64 noncompetitive applicants, the university undermined the fairness and integrity of its admissions process and deprived more qualified students of the opportunity for admission,” Howle said in the report.

The report comes around a year after the Operation Varsity Blues scandal. Jorge Salcedo, then the UCLA men’s soccer head coach, designated two UCLA applicants as men’s soccer recruits, despite their having limited athletic experience in exchange for up to $200,000. One of those two applicants were admitted to UCLA.

Salcedo has since pleaded guilty to conspiracy to commit racketeering. Indira Talwana, a U.S. district judge presiding over Salcedo’s case, has not accepted Salcedo’s plea deal, as of publication. Salcedo’s sentencing is scheduled Nov. 24.

The report said the UC Office of the President conducted an internal review of its application process after the Operation Varsity Blues scandal but did not sufficiently address weaknesses in the admissions process at individual UC campuses. The UC requires more oversight of campus staff to prevent improper admissions decisions UC-wide, the report added.

UCLA said in a statement that the improper admissions highlighted in the report came before UCLA Athletics adopted “additional safeguards,” and that UCLA has implemented recommendations from the UC’s admissions audit.

“UCLA is committed to continuously improving our process so that we can consistently yield an excellent and well-rounded class that provides an opportunity for all of our students to go on to make great contributions to our world,” the statement said.

Although no campus has added sufficient safeguards for its athletics admissions processes, UCLA has begun to establish criteria to verify if prospective student-athletes have athletic qualifications, the report added. If implemented UC-wide, UCLA’s system to verify student-athlete talent could “reduce the risk that a coach would be able to facilitate the admission of an unqualified applicant,” the report said.

Howle submitted the audit to Gov. Gavin Newsom on Tuesday. The state passed the audit to assess the possibility of fraud or other corrupt admissions practices within the UC, Howle wrote in a public letter.

“The Office of the President has allowed the weaknesses in these practices to persist because it has not conducted adequate oversight of campuses’ admissions processes,” Howle said in the report. “Stronger standards and oversight are necessary to improve the university’s ability to guarantee a fair and merit-based admissions process and to detect and prevent inappropriate admissions decisions.”

UC President Michael Drake said in an emailed statement that the UC will “swiftly address” the concerns raised by the report and that people involved will be disciplined. The UC is committed to having a level playing field for applicants, he added.

“In the coming weeks, UC will conduct a thorough review of the audit findings, coordinate with campuses, and map out the necessary corrective actions,” Drake said. “We will stay proactive and accountable, while keeping (the California State Auditor), the UC community and the public apprised of our reforms.”

Qu is the 2020-2021 Assistant News editor for the Campus Politics beat. He was previously a reporter for the National News and Higher Education beat. Qu is a third-year statistics and political science student at UCLA.

Mendez is the 2020-2021 News editor. He was previously a staff news reporter for the Science & Health beat and a developer for The Stack. He is also a third-year math student at UCLA.