In the Know: Exploring added financial strain rent places on students during pandemic 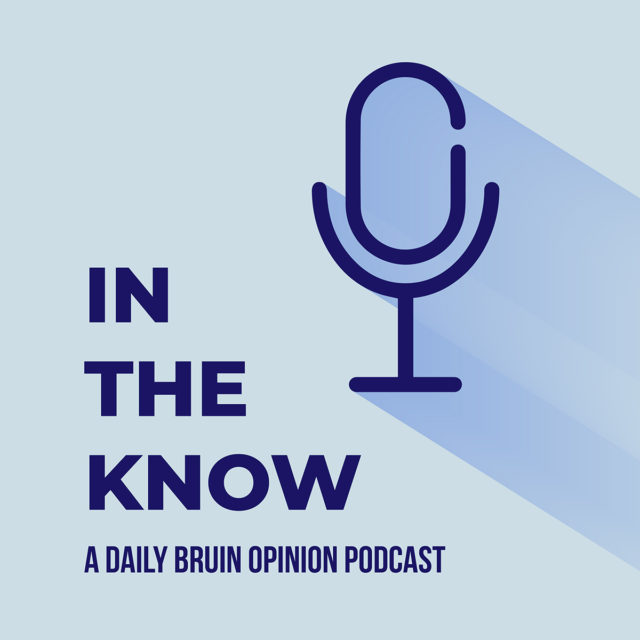 Kristin Snyder: On Sept. 30, the Los Angeles County Temporary Eviction Moratorium will be lifted. A UCLA study found that 365,000 people throughout L.A. County may face eviction if the moratorium is not extended. But UCLA itself serves as the landlord for a number of students living in university apartments. I’m Kristin Snyder, and this is “In the Know.”

Maddy Blasingame: There are several people who are withholding rent as part of the strike. One person, Jessie Stoolman, said the group was a direct result of the pandemic and has concerns over being able to pay rent. Stoolman lives in University Village with her husband. Once stay at home orders were placed in Los Angeles, she said people were posting their concerns over being able to afford rent on the University Apartments South Residents Association’s Facebook, especially when things like stipends and financial aid seemed up in the air. She said a lot of graduate students lose their funding during the summer and have to find grants or other funding sources to support themselves.

KL: Facebook was just the initial platform they used. Soon, the newly formed UCLA Tenants’ Union surveyed several hundreds of university apartment tenants to assess their needs and if they were willing to participate in the rent strike.

MB: Once they collected the survey responses, they addressed an open letter to the administration. They had five main requests: canceling rent while the pandemic is ongoing; once the pandemic ends, only 30% at most of student incomes will go toward housing; stop pressuring residents to sign payment plans; guaranteeing universal contract renewal for residents; no holds will be placed on student records for not paying rent. Now, they’re demanding a response from the administration, with Stoolman saying that their demands expand beyond the issues caused by the pandemic.

Jessie Stoolman: I think the rent strike is the bigger kind of story than the tenants union because our primary demands are rent cancellation and after the stay at home orders are lifted a restructuring of rent. And, like the tenants union, just something that we hope can exist and be recognized by housing at some point so that there is kind of an institution that can help protect. You know residents of UCLA housing because that’s what tenants unions are for; they’re for protecting residents. And currently, there is no structure that can kind of advocate for university housing residents about things like rent increases and rent burden.

KL: Stoolman is striking not because she can’t afford housing but in solidarity with those who cannot.

JS: I think that it’s my duty to stand up for my colleagues who aren’t in that situation, and like for strikes to be successful, historically, they can’t just be the fortunate, who are able to pay for rent, it has to be also those who stand in solidarity. And so I see myself as one of those people standing in solidarity.

KL: Bobby, how has UCLA responded?

Bobby Hekel: On May 4, Assistant Vice Chancellors Peter Angelis and Suzanne Seplow responded to UCLA Tenants’ Union’s letter. They said UCLA Housing won’t cancel rent because they would not be able to sustain operations. They also acknowledged the union’s demand to make housing costs no more than 30% of students’ income, but they said rent will continue to increase because of rising operations costs and deferred maintenance needs. In a UCLA Housing statement to The Bruin, they said they depend on housing fees to maintain its communities. To be fair, they did offer tenants late fee waivers and payment plans for April and May. Additionally, they will not put holds on students’ academic records if they are unable to pay rent for the duration of “safer at home” orders. However, all tenants will be responsible for paying outstanding rent at the conclusion of “safer at home” orders or through a payment plan.

KL: So it sounds like they didn’t meet any of the strikers’ demands.

BH: No, they did not. And some people I spoke to have said they will continue to withhold rent until UCLA Housing makes adequate changes. Some people who won’t be paying rent are students with dependents. Zuleika Bravo is a fifth-year political science and Latin American studies student with one child. When her partner was laid off from his job, she immediately began to wonder how she would pay for basic necessities such as utilities, car payments and her 5-year-old daughter’s education. For Bravo, withholding rent as part of the UCLA Tenants’ Union’s rent strike wasn’t simply a matter of making a statement. Bravo lives in University Village, UCLA’s family housing. When she first discovered UCLA would be raising costs by 2%, she said she had hoped the school would take the outcomes of this increase into consideration. Bravo, who is also the Transfer Student Representative of the Undergraduate Students Association Council, worked with campus leaders and USAC officers to draft a USAC resolution demanding that UCLA and the University of California system implement a system-wide rent freeze for all family housing and support parenting students through various means.

KL: How is the rent increase impacting students with dependents?

BH: Well, Bravo is using the money she would have spent on rent to pay for groceries because financial aid doesn’t cover all of the costs. JoAnna Reyes Walton, who was one of the campus leaders who helped Bravo with the USAC resolution and is an organizer for the Mothers of Color in Academia de UCLA, also relies on CalFresh and food pantries, as well as the community garden, to feed her family. And added jobs aren’t an option, because she is a single mother and has to account for childcare. For Walton, this situation undermines UCLA’s status as the No. 1 public university in the country. Attending a university that places students in the financial situation of having to grow their own food in the village’s community garden is not benefiting those students, she said.

KL: A common response to the rent strike is that people could just move out of university housing. It’s not really that simple. Moving is costly and would also impact partners and children involved. Some students have local family members they have to help care for. And renting in Westwood is expensive – a RENTCafe study from 2019 found that it has California’s highest rent rate. Maddy, if these inequalities mirror those across the country, what separates this specific rent strike from others in Los Angeles?

MB: Well, this strike is specific to UCLA Housing. That means students such as Walton can take out student loans to pay their rent. But at the end of the day, it comes down to who the landlord is.

JS: Several of us spoke with lawyers to see what our rights are as tenants. You might remember that like early on in the pandemic across the nation, but especially in California, they spoke about an eviction moratorium on landlords’ not being allowed to evict residents. But of course, we’re in kind of a different situation because our landlord is also our employer, you know if you’re a grad student your employer is the university, even if you’re an undergrad, your landlord is also the person who loans you financial aid if you’re getting financial aid.

MB: Amy McMeeking, who also lives in University Village, is financing herself through student loans – so while she is financially able to pay rent at the moment, those costs will add up. It’s important for McMeeking to strike in solidarity with those who cannot afford rent and to do so until their demands are met. For her, their lack of response reflects a lack of care toward students.

Amy McMeeking: I think that raising the rents when we’re in the middle of a global pandemic and the economy is in terrible shape, and this is affecting so many residents; I think that going on with rent increases and raising the rent when housing those a lot of residents are having financial difficulties shows that they just don’t care that much about residents’ well-being.

KS: UCLA isn’t the only school grappling with rent issues. In April, Columbia Residential sent an email stating that it, “is not able to provide rent relief for students who wish to keep their Columbia units throughout the summer and beyond.” Columbia’s endowment as of 2019 was $10.95 billion. Since then, Columbia People’s COVID Response petition has garnered 600 signatures in support of canceling the summer’s rent, halting evictions and making specific protections for international and immigrant students. As of July, the university has issued holds on some graduate students’ registration if they did not pay rent. The University of Michigan Graduate Employees Union issued a strike over Labor Day weekend, primarily focusing on COVID-based concerns, including demands for rent freezes and flexible leases. On the other hand, UC Santa Cruz has stated they won’t enforce the raise in rent, and UC Berkeley has said rent payments will not impact a student’s registration. Clearly, universities have the power to make these changes. But until then, some students are still left in limbo, torn between paying for meals, supporting family members and antagonizing both their employer and landlord.