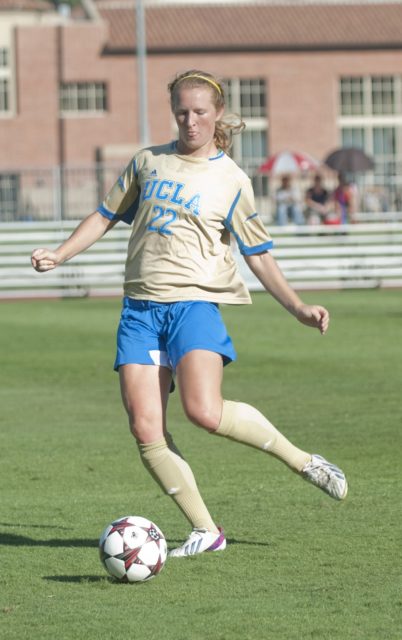 Jordin Canada and the Seattle Storm are a game away from their second WNBA title in three years, as her squad defeated the Las Vegas Aces 104-91 on Sunday to take a 2-0 series lead.

Canada, who played for the Bruins from 2014-2018, led all Storm reserve players with 10 points off the bench, including six consecutive points to start the fourth quarter. The third-year guard was one of five Storm players to score in double figures.

Seattle remains undefeated in the 2020 playoffs, having swept the Minnesota Lynx in the previous round and taking the first two games of the finals from the Aces. Canada also notched an assist in game two, one of Seattle’s 33 assists on the game – a new WNBA Finals record.

Canada and the Storm will look to close out the finals on Tuesday.

The Cincinnati Reds and New York Yankees have one thing in common – a pitching ace from UCLA. It was certainly on display during the MLB’s revamped wild-card round.

The 7th-seeded Reds trotted out Trevor Bauer for game one against the Atlanta Braves, and the National League’s ERA leader during the regular season did not disappoint. Bauer pitched 7.2 innings of shutout ball, allowing only two hits while striking out 12 Atlanta hitters. He is the only pitcher to ever record a postseason start with no walks, no runs and at least a dozen punch outs.

However, Bauer’s historic performance wasn’t enough for the win, as the Reds lost 1-0 in 13 innings. The Reds were shut out in game two as well, and their season came to an end with the team scoring no runs in 22 innings.

Yankees ace Gerrit Cole, who played with Bauer at UCLA, also started game one for his team. In seven innings of work, Cole allowed only two earned runs and one-upped Bauer with 13 strikeouts. Cole helped the Yankees to a 12-3 victory over the Cleveland Indians in game one, and the American League’s fifth seed completed the sweep with a 10-9 comeback win in game two.

12+ strikeouts, 0 walks in Game 1 of any postseason series:

This week, Cole and the Yankees will go up against the top-seeded Tampa Bay Rays in the American League Division Series. Bauer, meanwhile, will start his offseason early and is an impending free agent.

Thanks to a key goal from a former Bruin, Manchester City has returned to the Women’s FA Cup finale for the second consecutive year and the third time in four years.

Midfielder Sam Mewis, who played at UCLA from 2011-2014, scored the decisive goal in the 40th minute, slotting a loose ball into the bottom right corner of opposing Arsenal’s goal. Less than two months after signing with the club, Mewis’ goal has given Manchester City a chance to repeat as Women’s FA Cup champions with a 2-1 victory over 14-time Women’s FA Cup winner Arsenal.

#USWNT's Sam Mewis is on the board for Man City Women! A go-ahead goal in the Women's FA Cup semifinals vs. Arsenal, no less

Mewis and Manchester City will face Everton in the Women’s FA Cup Finals on Nov. 1.

Jacksonville Jaguars linebacker Myles Jack, who attended UCLA from 2013-2015, came up with an interception in the end zone, ripping the ball out of Cincinnati Bengals tight end Drew Sample’s arms to preserve a 7-3 Jacksonville lead.

What a play by Myles Jack 😨

This marks his first interception on the season. Jack, who was tied for the league’s lead in tackles before the game, added four more tackles before leaving the game with an ankle injury. The Jaguars eventually fell to the Bengals 33-25 for their third consecutive loss.

Jack’s teammate at UCLA, fellow linebacker Eric Kendricks of the Minnesota Vikings, entered week four tied with Jack for the league lead in tackles with 33. Kendricks led the Vikings’ defense with 12 tackles on Sunday, and Minnesota earned their first win of the season, with 31-23 victory over the winless Houston Texans.

Kendricks’ opponent on Sunday, the Texans, also features a former Bruin in its starting lineup – kicker Ka’imi Fairbairn. The fifth-year kicker made all three of his field goal attempts and both extra point tries against the Vikings, accounting for 11 of Houston’s 23 points. Fairbairn, who led the NFL with 37 made field goals in 2018, is now 6-for-7 on field goals this season.