An examination of the Trump administration’s health care policies 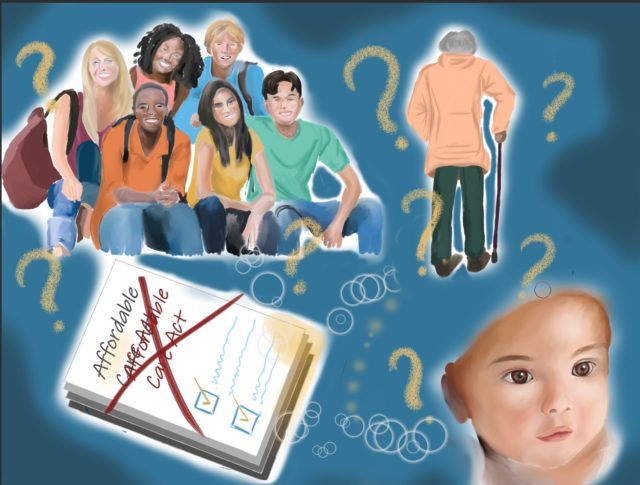 When multiple congressional efforts to replace the ACA failed, the Trump administration took other measures to weaken the ACA’s influence.

Trump has turned to the courts to strike down the ACA in its entirety. The Supreme Court is expected to hear the case during its next term after the November general election.

Health care is the second most important issue for registered voters in the 2020 election, according to a recent Pew Research Center poll. Forty-eight percent of voters intending to vote for Trump said the issue of health care will be “very important” come Election Day, the poll found.

Trump has frequently promised that he would propose a new health care plan. However, Trump’s 2020 campaign website does not include a comprehensive health care policy with a replacement plan for the ACA.

“There’s no evidence that he has any specific ideas on how to reform the health care system, so it’s difficult to anticipate any new initiatives on his part,” Rice said.

The groundwork for Trump’s suggested alternative to the ACA – one based on free-market principles – is ineffectual, Kominski added.

Private health insurance markets unregulated by the government will prioritize profit above all, Kominski said. To do so, insurers will discriminate against people deemed “high-risk,” which will discourage them from buying health insurance, he added. 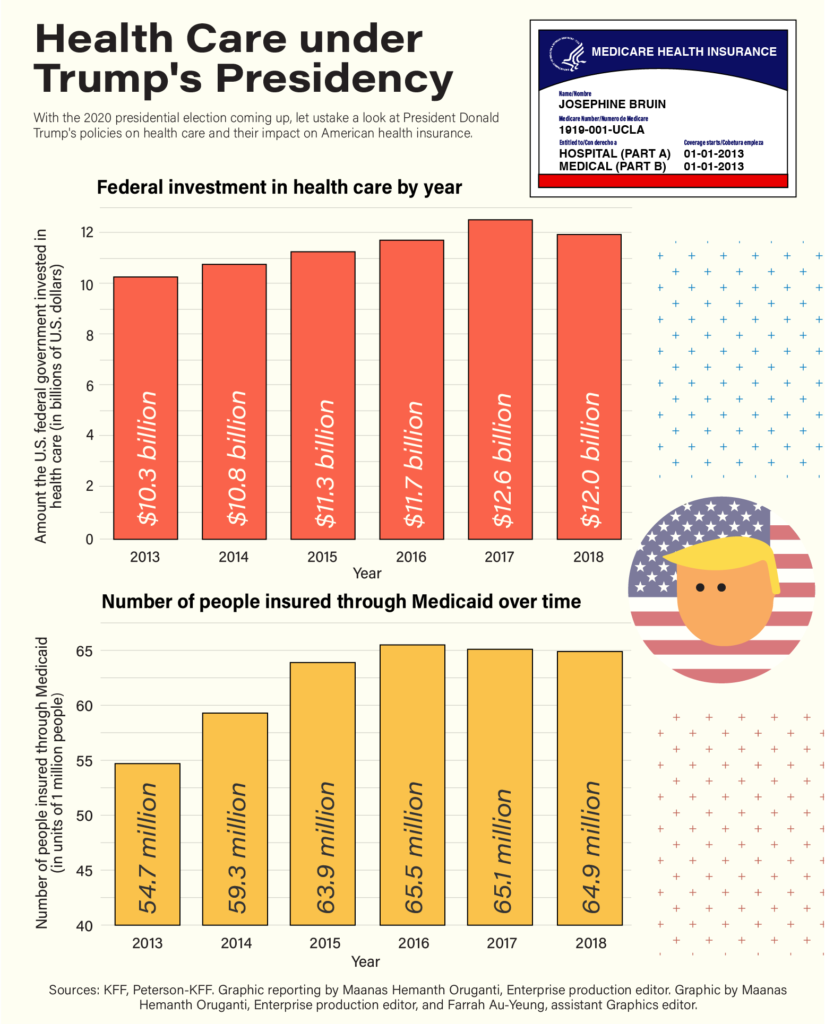 In March 2017, House Republicans first proposed the American Health Care Act as an alternative to the ACA. If enacted, the AHCA would have reduced federal deficits by $337 billion over 10 years. The bill was projected to increase the number of uninsured Americans by 24 million in the same period as well as weaken protections for those with preexisting conditions and cap federal funding for Medicaid.

Although Congress never passed the AHCA, it is an indication of what health care could have looked like under the Trump administration.

Unable to completely replace the ACA, the Trump administration began attempting to repeal the ACA piece by piece. Kominski said he would characterize this approach as a form of sabotage.

“If we can’t get rid of the law, we can slow it down, make it more difficult for people to get benefits,” Kominski said.

Under the ACA, insurers are required to offer subsidies to eligible lower-income customers, which reduces customers’ out-of-pocket spending. In October 2017, the Trump administration stopped paying such subsidies to health insurers, citing that a health care system should be founded upon values of personal responsibility and free-market competition.

In December 2017, Trump signed the Tax Cuts and Jobs Act, eliminating the tax penalty for not having health insurance under the ACA – the individual mandate – beginning 2019.

Without the penalty incentivizing healthier people to enter the health insurance market and pay monthly health insurance costs – premiums – the Congressional Budget Office estimated that premiums for individuals without employer coverage were projected to increase by 10% each year for most years through 2027. The increase in premiums would also deter individuals from purchasing insurance, decreasing the number of people with health insurance by 13 million by 2027.

However, Washington, D.C. and five states, including California, reinstated the individual health care mandate provision under state law, effectively restoring the requirement for individuals to have health insurance.

The UC system automatically enrolls incoming students in the University of California Student Health Insurance Plan to meet the minimum health coverage requirement in compliance with the ACA and California’s individual mandate law.

Kristine Carrillo, a third-year economics student, said she agrees with Trump’s move to repeal the individual mandate in line with the idea of freedom of choice.

“(The ACA) is saying, ‘I care about you so much that I want you to have insurance,’ and that’s great, but if they can’t afford to have insurance or they don’t opt into your choice and you penalize them for that, what choice is that?” Carrillo said. “My grandparents struggled (when they immigrated), so how is that benefiting them when they need to focus on things like providing groceries?”

In the event that the Supreme Court overturns the ACA, California, which relies on the federal government for 90% of its Medicaid expansion, would be unable to replace current federal subsidies, Kominski said.

The UC Health office declined to comment on how potential changes to the ACA could be consequential for students covered by UC SHIP.