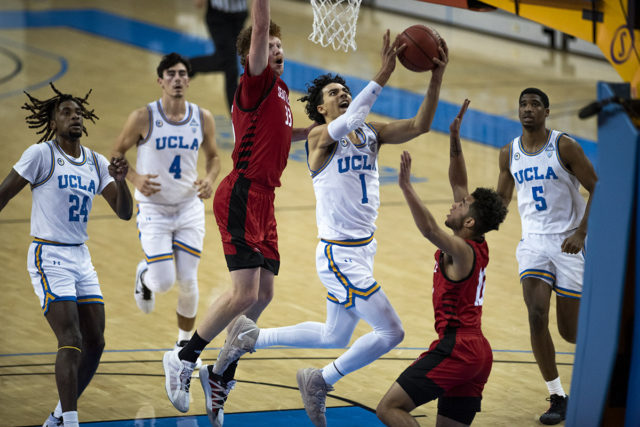 The Bruins returned to their home floor and came away with their largest win in over a year.

Despite the size of the win, Cronin said he wanted his guys to stifle the Redhawks even more, and the roster continues to struggle to hold onto the ball.

The Bruins were able to pull away from the Redhawks thanks to a 14-0 run to close out the first half. UCLA shut down Seattle completely for the last 4:44 of the half.

“It felt amazing just being out there with my teammates again,” Hill said. “You know, I had a lot of setbacks physically with my knee, so it felt amazing to be out there competing again.”

Seattle kept things close early on, hitting 3-of-4 attempts from downtown and even leading 25-23. UCLA also missed its first five free throws of the half but bounced back by making the next 10 in a row.

The Redhawks would miss their next 19 from deep in a row, going the final 33:39 without making a single three-point attempt.

Redshirt sophomore guard Tyger Campbell made all eight of his free throw attempts in the first half and had 15 points at the break. While he scored just two points for the rest of the evening, he finished with a +33 plus/minus – best on the team – and led the Bruins with six assists.

Campbell sat out the Bruins’ Wednesday practice because of swelling in the same knee where he previously tore his ACL, but he said was not bothered by it in the game.

“They just thought it was the best thing to do (to miss practice),” Campbell said. “Just get some rehab in yesterday and just get ready for the game. It’s nothing serious, it was more of a maintenance thing.”

Another guard, junior Jules Bernard, finished second on the Bruins in scoring with 16 points. After going just 1-of-6 from deep in the first two games, he shot 3-of-5 on 3-point attempts against the Redhawks.

The win marks the first time UCLA kept its opponents under 70 points this year, something the Bruins were able to accomplish in their first four contests last season. Cronin said freshman guard Jaylen Clark was a big part of the defensive intensity in the victory.

“I think (Clark’s) energy and his attitude are the reasons I wanted him in our program, and I think he’s going to have a great career playing for us,” Cronin said. “His mind is on making defensive plays, his mind is on getting tough rebounds and taking the ball away from people.”

UCLA will be back at Pauley Pavilion Sunday to face Pac-12 rival California. Cronin’s squad won 50-40 last season in his lone matchup with the Golden Bears since taking over in Westwood.