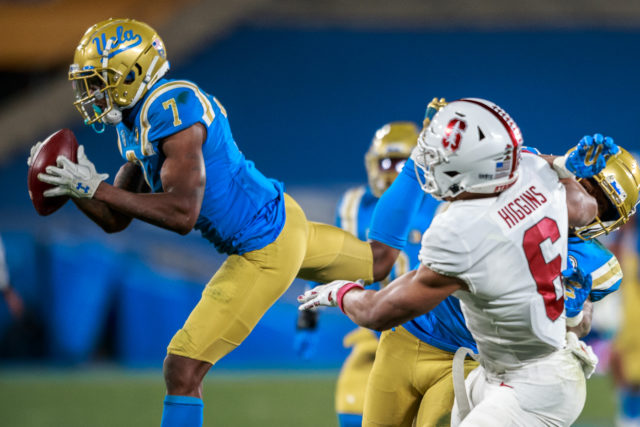 Seeking a winning season, the Bruins faced off against the Cardinal at home Saturday evening. 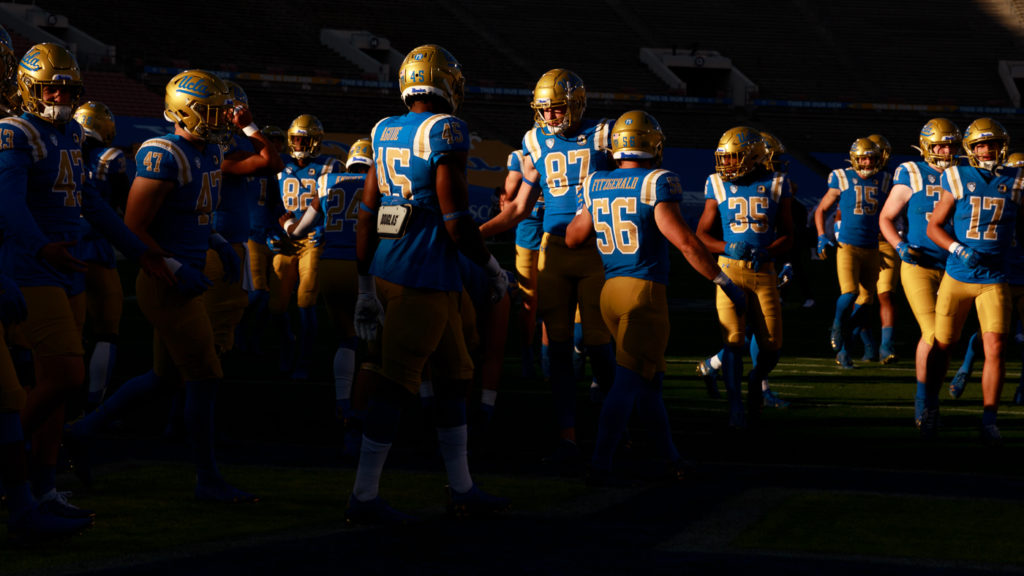 UCLA players gather on the field before their final kickoff of the season. 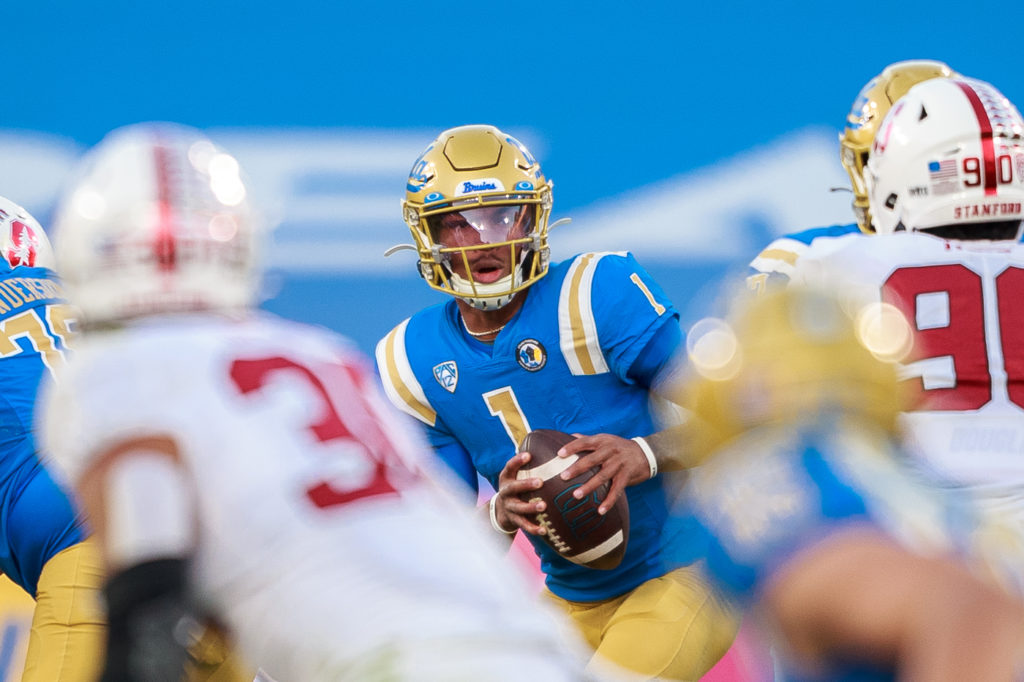 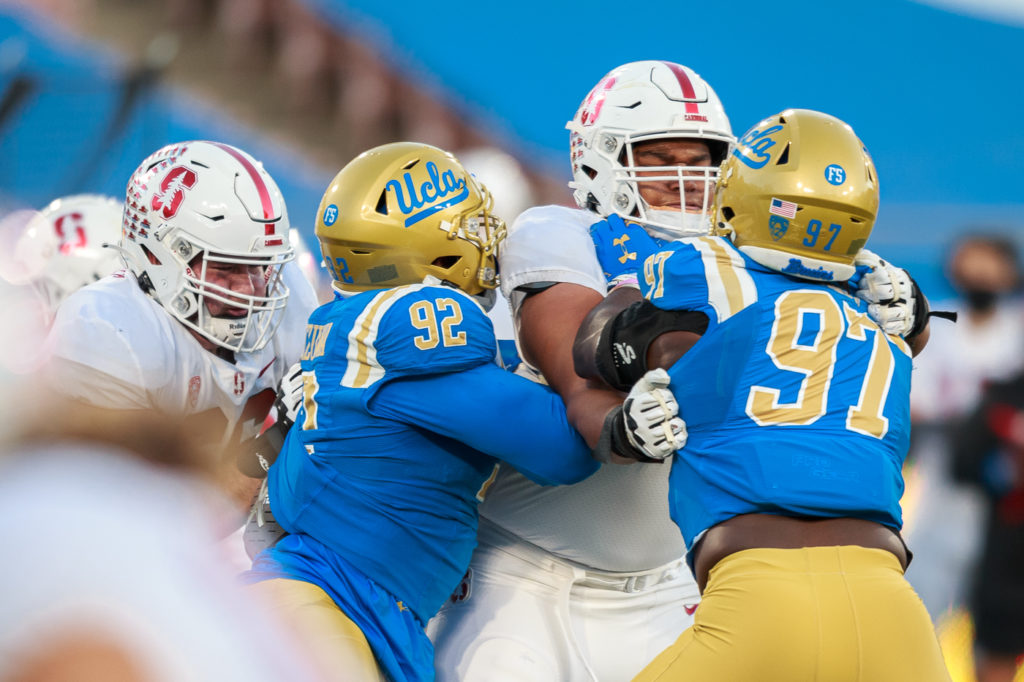 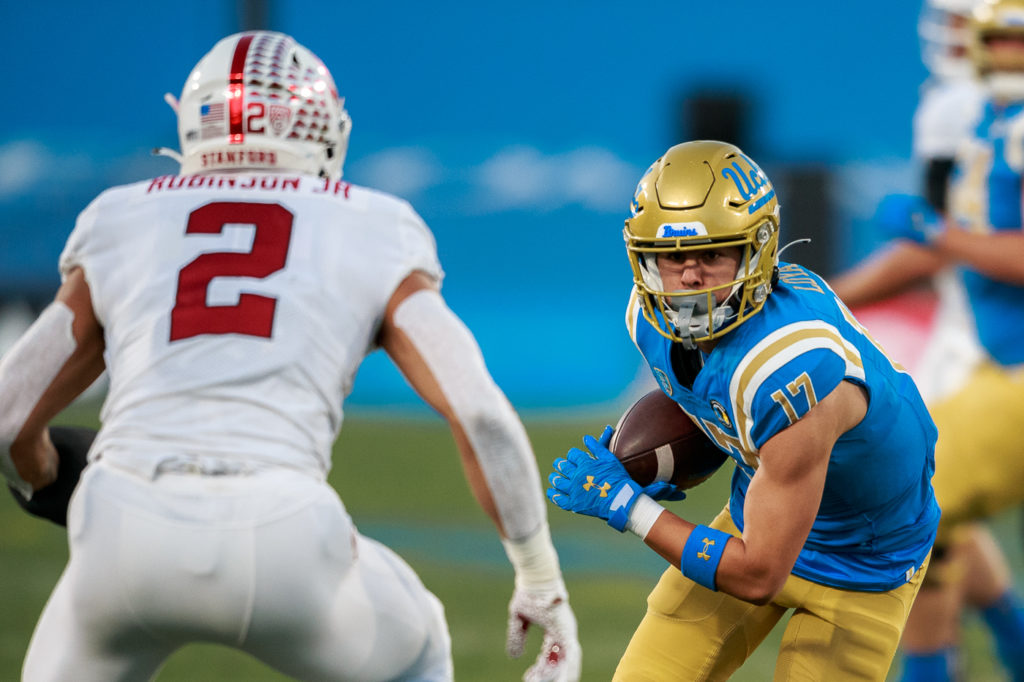 Freshman wide receiver Logan Loya eyes Cardinal inside linebacker Curtis Robinson while in possession of the ball. The 5-yard play was Loya’s first and only reception of the season. 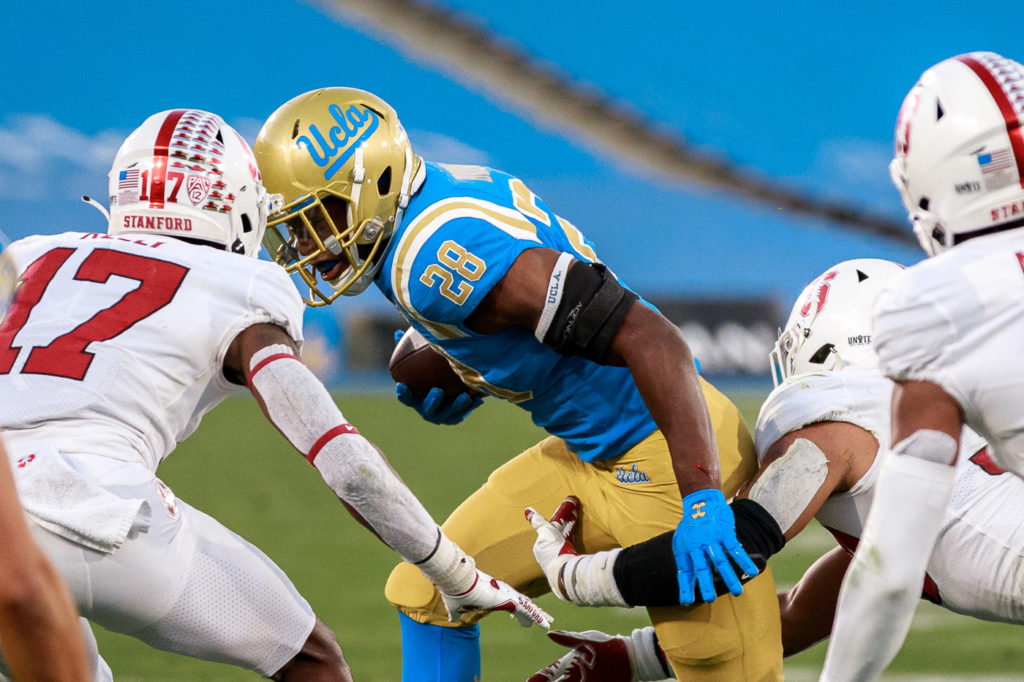 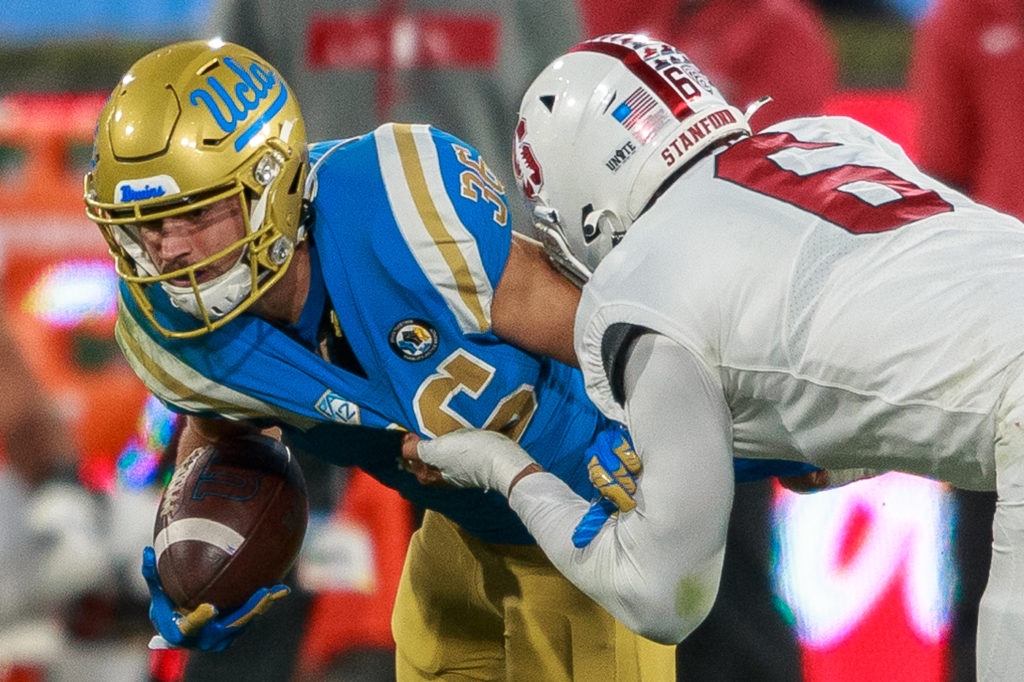 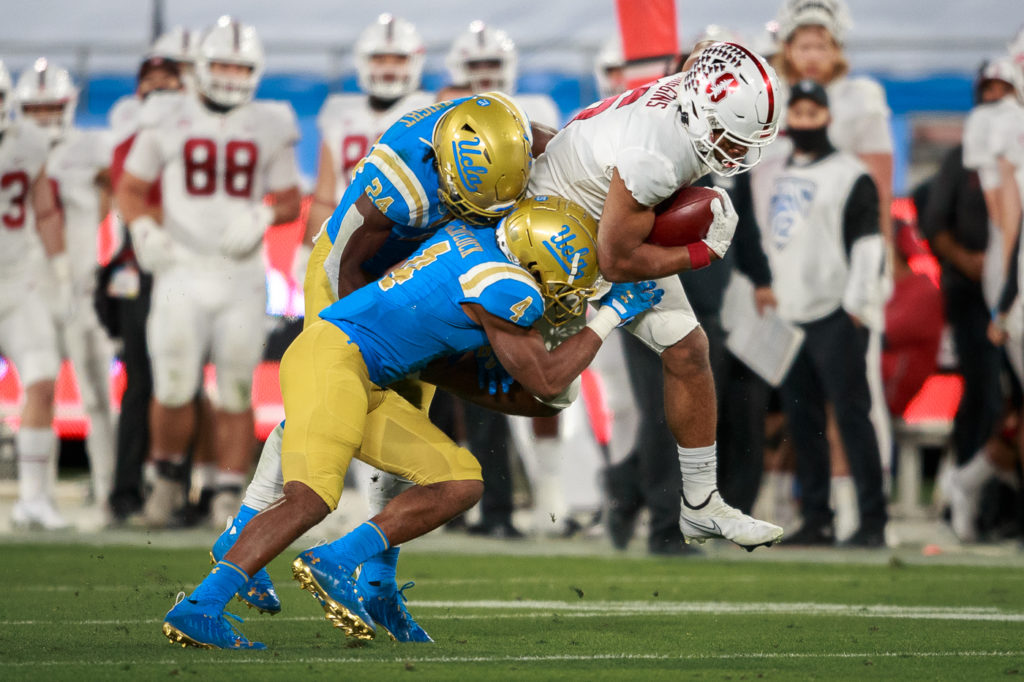 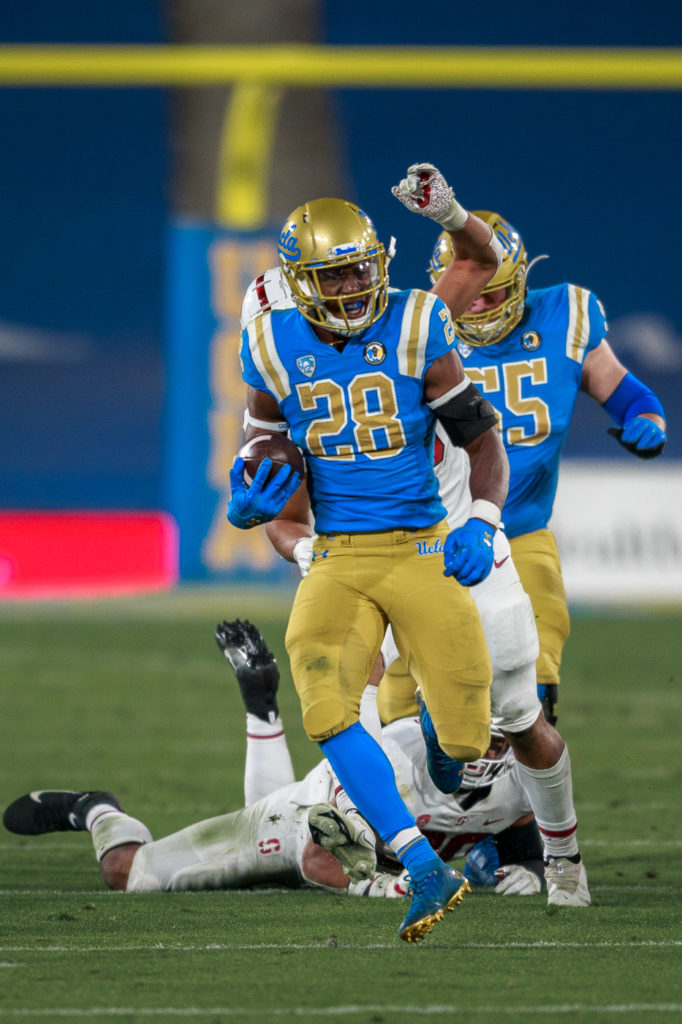 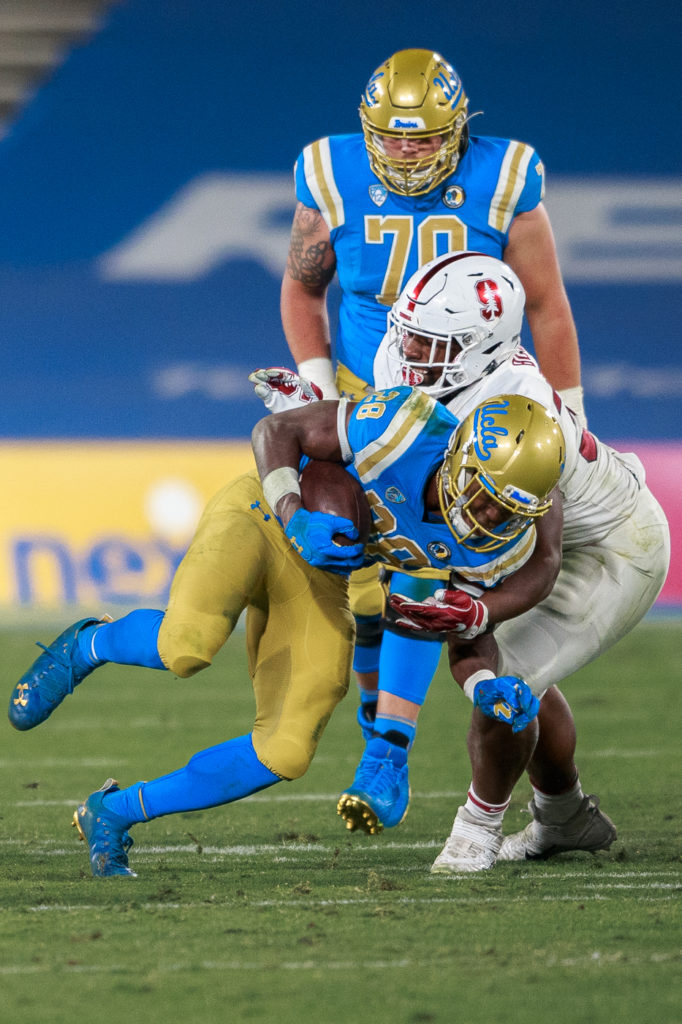 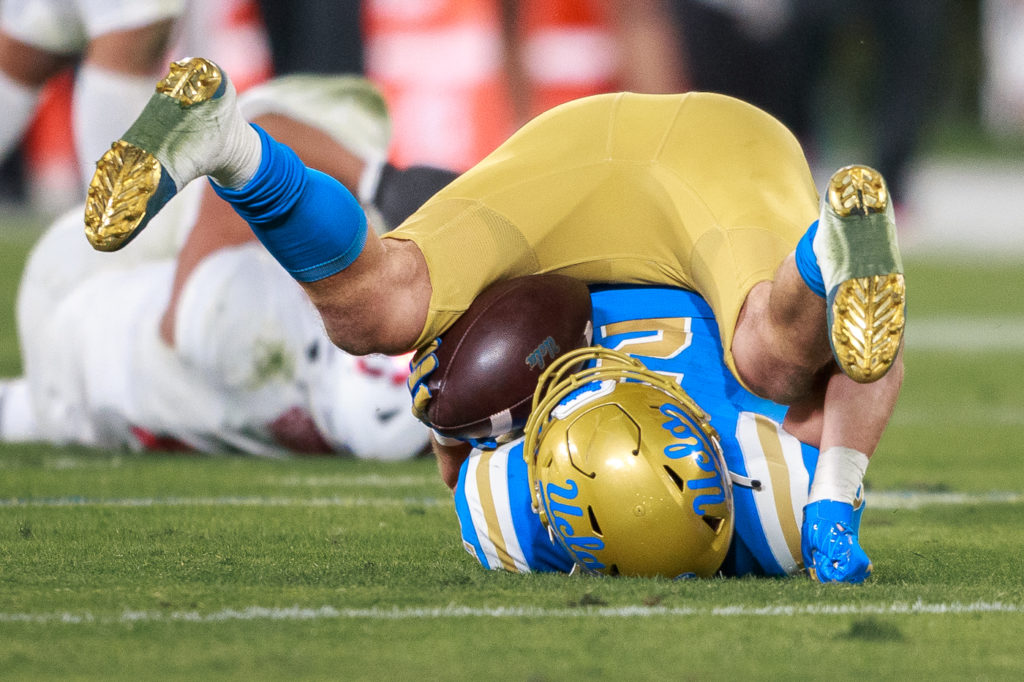 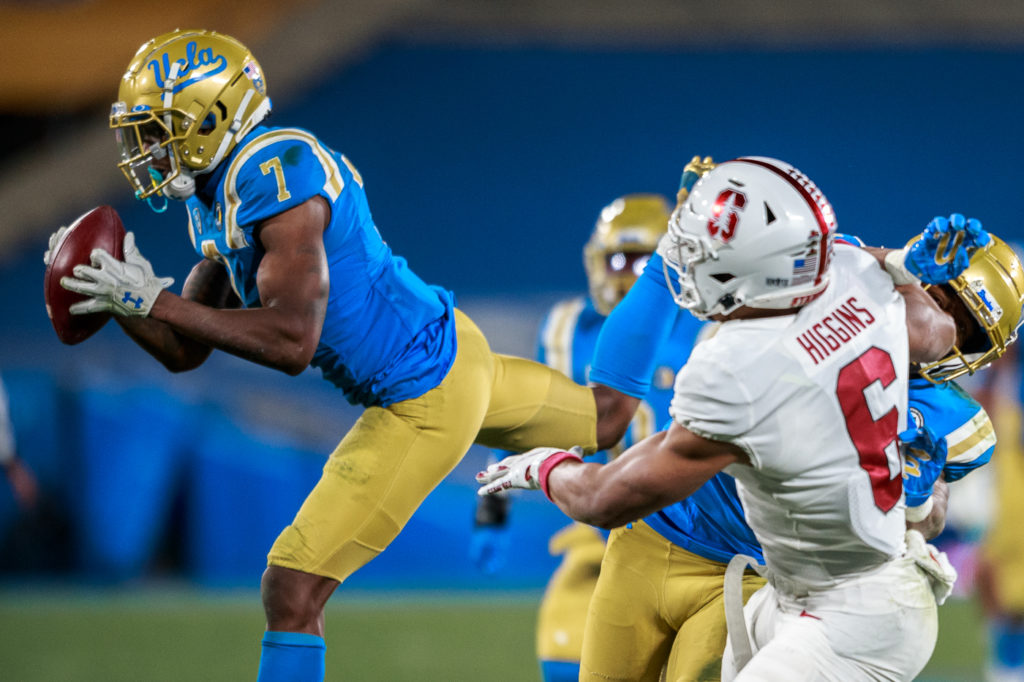 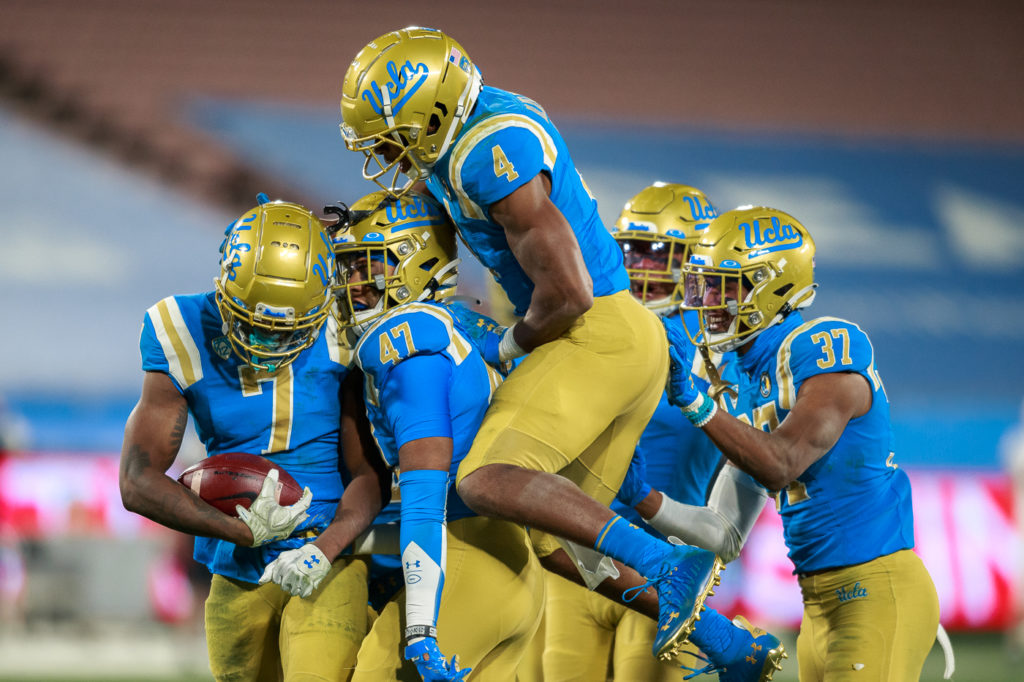 The Bruins celebrate after gaining possession of the ball from Osling’s interception. 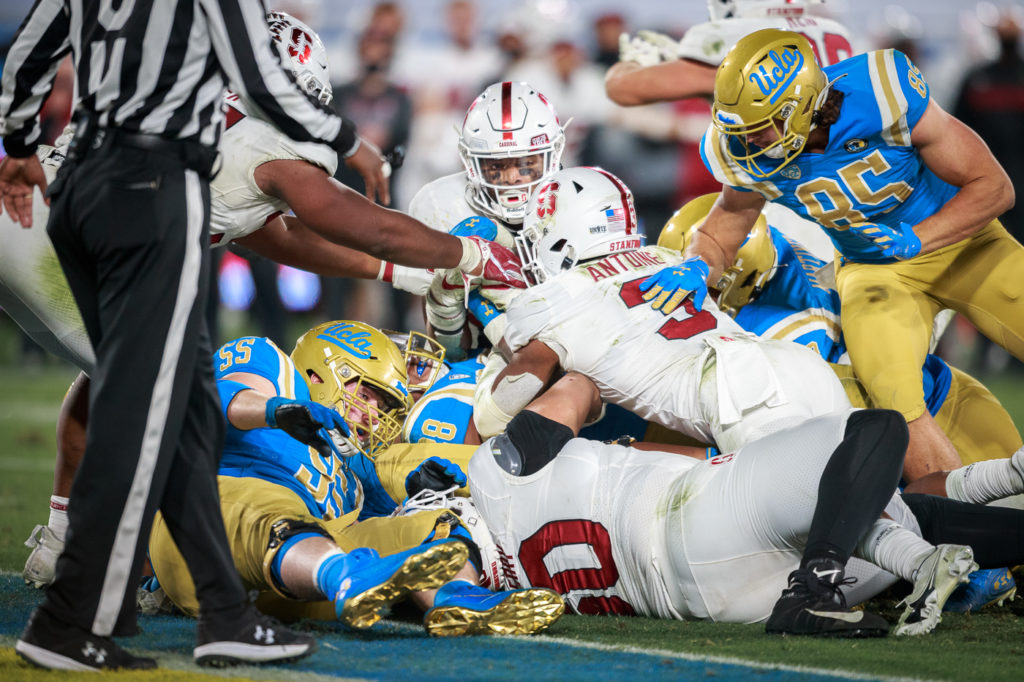 On the final drive of the game – two overtimes in – Brown and the UCLA offense are held 1 yard short of the goal line on a 2-point conversion attempt, costing them a victory.

Tanmay is a senior staff photographer and member of the editorial board. He was previously an assistant Photo editor covering the sports beat.