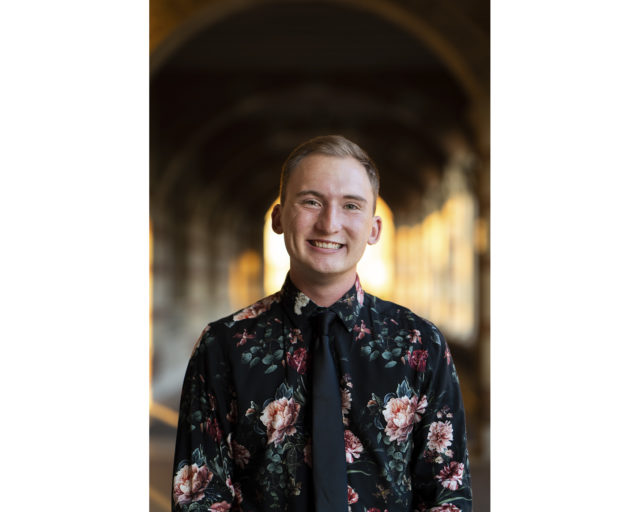 Evan Farrar, a UCLA undergraduate student and a candidate for a seat in the North Westwood Neighborhood Council, said if elected, he wants to change the status quo in Westwood: lack of affordable housing. (Courtesy of Evan Farrar)

Several students running for positions on the North Westwood Neighborhood Council said they plan to prioritize affordable housing in Westwood if elected.

The NWWNC is one of the current 99 neighborhood councils in the city of Los Angeles that represent all adults who work, live, own property or have local ties to Westwood at the Los Angeles City Council.

This year, the council will hold its first-ever mail-in ballot election Tuesday. Anyone over the age of 16 who works, lives, owns property or businesses or has local ties in Westwood regardless of current residence or citizenship status is eligible to vote. The mail-in ballots must be postmarked by Tuesday.

Evan Farrar, a third-year public affairs student, is a candidate in the contested election for the NWWNC’s organizational stakeholder seat. Farrar’s opponents include incumbent Peter Clinco and Philip Gabriel, a business owner and Westwood resident. Farrar is a member of Westwood Forward, a coalition with the goal of making Westwood an affordable and safe community.

“It’s really clear that the status quo is not working for us here in Westwood,” Farrar said. “We’re the most expensive place to rent in the entire country outside of Manhattan.”

Westwood’s average rent is currently $4,883 according to a RentCafé study that ranked over 130 U.S. cities and zip codes.

Ernesto Arciniega, another member of Westwood Forward, is running for the graduate student member seat in the NWWNC. Arciniega, also a doctoral student in Hispanic languages and literatures, said he is concerned about the lack of affordable housing in Westwood.

Arciniega said if elected, he will advocate for more affordable housing construction in Westwood, especially for students experiencing homelessness. Specifically, he said he intends to use his position at the NWWNC to push UCLA and the University of California Office of the President to provide funding for affordable housing development.

Noreen Ahmed, a UCLA alumna and current NWWNC graduate student representative, said advancing affordable housing development through the council is complicated because it is difficult to find building guidelines for potential sites.

Ahmed, who is also NWWNC’s community health and homelessness committee co-chair, added that the council is in the beginning stages of conversations on how to bring in more people to find solutions for housing issues in Westwood.