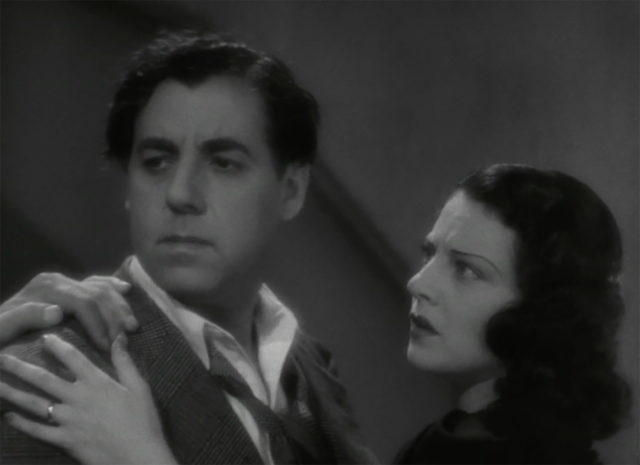 Classic films can have the most timely histories.

The UCLA Film & Television Archive and the Latin American Cinemateca of Los Angeles partnered to present a free screening of the 1939 film “Verbena Trágica” on Thursday. Moderated by LACLA program manager Guido Segal, a post-screening discussion will be held with film and television lecturer María Elena de las Carreras and Latin American cinema historian Colin Gunckel. Segal said LACLA’s programs, including those co-presented with The Archive, are intended to exhibit Latin American films that audiences aren’t likely to find on streaming services.

“We’re all a bit overwhelmed by content,” Segal said. “So if you want to watch something a bit different in Spanish, we’re happy to provide it.”

In addition to promoting classic Latin American films, Segal said LACLA’s goal is to provide a space for experimental and contemporary pieces. It’s often difficult to obtain the rights to screen classic films or find restored high-quality copies, but he said since “Verbena Trágica” was added to the Library of Congress’ National Film Registry in 1996, a high-quality version of the film became accessible for audience screenings.

As for the film itself, the melodrama takes place in the Spanish Harlem of New York and tells the story of a boxer who returns home from prison to find that his wife had an affair. Gunckel said the film holds historical significance because it marks a turning point when Hollywood studios turned away from producing Spanish-language films.

“(Hollywood) is still trying to figure out this formula of striking a balance between culturally specific things that will draw a Latino audience, but something that’s not so general that it appeals to no one,” Gunckel said. “‘Verbena Trágica’ belongs in this long history of Latino film production that in some ways was facing some of the same dilemmas and challenges that producers face now: How do you attract audiences?”

Back then, Cantabria Films, the production company that only made two films – “Verbena Trágica” and “La Vida Bohemia” – was founded as an attempt to capitalize on the large Hispanic audiences in the United States and Latin America, de las Carreras said. Hollywood at the time had been producing films that were meant to be shot in multiple languages to reach greater audiences, but she said Argentinian and Mexican films remained the most successful among Spanish speakers in the U.S. and Latin America.

De las Carreras said the two pictures produced by Cantabria Films were oddities as American-made Spanish films. But because Argentina and Mexico dominated Spanish cinema, “Verbena Trágica” did not have a larger impact on the future of American-made Spanish-language films, she said.

Despite efforts to reach Hispanic audiences, Gunckel said production companies such as Cantabria Films were also unable to crack into the Spanish-language market – their films were rarely profitable because of competition with Latin American cinema. Nevertheless, he said “Verbena Trágica” was still popular with Mexican audiences in Los Angeles. There is an extensive Hispanic audience in America seeking entertainment in which they see themselves represented, and Segal said “Verbena trágica” shows that the need for representation in Hollywood can be traced back to the beginning of the 20th century.

“When I read about movies back in the day, we tend to think it was a different world,” Segal said “And it was, but at the same time, some of the same moral identity debates were happening.”

Although “Verbena Trágica” is remembered as a representation of New York’s diverse Latino community, many of the supporting roles are made up of actors from Spain, de las Carreras said. At the time, she said the film was not an attempt to promote diversity, but instead drew upon available talent, including actors from Mexico and Cuba. Behind the camera, Spanish writer Miguel de Zárraga wrote the dialogue in the film.

“The Spanish is very authentic – minus the accent,” she said. “You can hear it’s polished off the edges showing the various nationalities even though (the actors) were still Spanish speakers.”

“Verbena Trágica” also came about in a time when familiar ethnic labels such as Hispanic or Latino were just beginning to arise, Gunckel said. Ultimately, the film’s attempt to cinematically illustrate a Latino community indicates a period when film industry professionals were just beginning to think about identity and community.