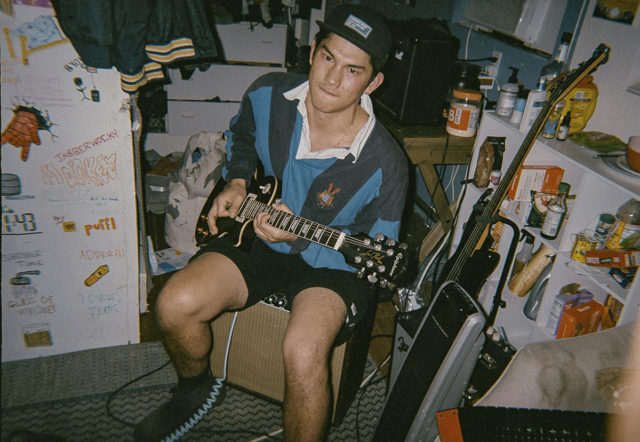 Despite the pandemic restrictions placed on music-driven social spaces, the fourth-year ethnomusicology student has continued making songs in his apartment to put together a portfolio that showcases his musical versatility. The portfolio features his own vocal and instrumental compositions from his senior capstone project, McHenry said, as well as remixes and self-produced tracks. Throughout the portfolio, he said the music takes on a global perspective, integrating instruments like the Japanese koto into his work and sampling songs like Marc Anthony’s “Aguanile” that are derived from other cultures.

“I just want to make music that … you can listen to casually, but if you want to dive into it, you can learn a lot more than just wubs and deep bass and stuff like that,” McHenry said.

As a child, McHenry said he first got into music by playing piano before picking up other instruments, such as the bass, when he was involved in his middle school’s jazz band. He said he began producing music with his roommate when he was in his first year at UCLA. After being introduced to EDM through music festivals, McHenry said he began to DJ fraternity parties around campus as his music gravitated toward more heavily produced genres like house.

However, McHenry said his planned music opportunities, such as DJing gigs and internships, became impossible because of the COVID-19 pandemic. As a result, he said the portfolio has become a way to collect and show his continued creative efforts despite the tumult of the last year. Besides the portfolio, he said he’s also experimenting with other genres, such as pop, and picking up new instruments, like the sitar.

“I’m really expanding (my) arsenal and just trying to build up what I know, so I can take any opportunity that comes my way,” McHenry said.

Also a fourth-year ethnomusicology student, McHenry’s roommate Bennett Hara said he has seen McHenry grow as a musician, being one of his collaborators since their first year. Hara said one of McHenry’s natural strengths as a bass player is finding the right timing and rhythm for a track, which is a key component of EDM music. As McHenry’s solo live DJ sets have evolved, Hara said McHenry has moved away from strict EDM tracks to incorporate songs from R&B and other genres.

In the studio, Hara said he’s more involved in McHenry’s creative process, helping McHenry blend samples of world music with different sounds. For one project, Hara said he helped McHenry recontextualize the melody of a Jewish folk song in a psychedelic rock soundscape, using spacey synthesizers and electric guitars reminiscent of Tame Impala. Hara said McHenry often brings ideas to him in varying stages, but the eclectic quality of his style remains constant.

“The (directions) he goes, they’re all over the place, and he ties it all together into one performance, which is super cool,” Hara said.

McHenry’s global perspective is shown in the classroom as well. One of McHenry’s professors for Iranian popular music, Farzad Amoozegar, said McHenry demonstrated an interest in how to use Iranian folk melodies in music production directed toward Western audiences. But Amoozegar said one of the defining qualities of McHenry’s music is his cultural sensitivity when sampling songs from around the world. While McHenry could have chopped up the samples he uses or buried them underneath other sounds, Amoozegar said he instead foregrounds the melody appropriately and keeps its shape intact.

“He was really interested (in) basically creating a dialogue between these different cultures and really educating his listeners about it,” Amoozegar said.

Having to balance schoolwork with the portfolio, McHenry said the process of working on his own music has been a stressful one but hopes it will be a worthwhile investment. For McHenry, playing back in Tokyo where he grew up would be a dream. But for now, he said he wants the portfolio to land him a creative opportunity in some capacity, whether that be as an assistant to a bigger producer or more gigs to hold his own sets.

“I want to … (continue to) bridge the gap between what we hear every day and what kind of music is very important to each of our individual cultures,” McHenry said.