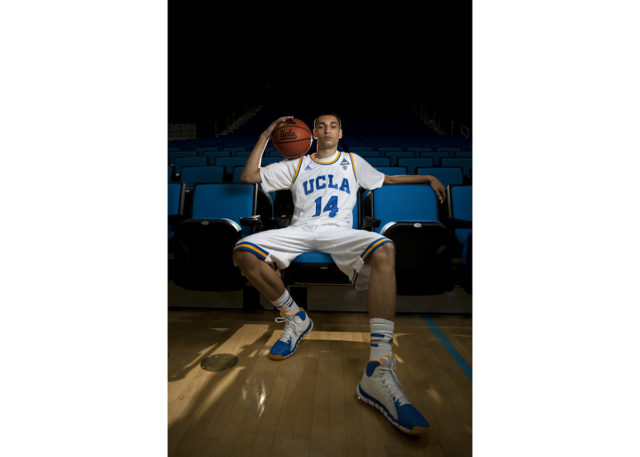 Former Bruin and 2013-2014 Pac-12 All-Freshman Team member Zach LaVine is one of more than nine UCLA alums who are set to compete at the Summer 2021 Olympics in Tokyo. The guard is coming off his first All-Star season in the NBA. (Daily Bruin file photo)

Correction: The original version of this article incorrectly stated Abby Dahlkemper and Jessie Fleming’s league as the WSL. In fact, the league is the FA WSL.

As UCLA Athletics takes a break for the summer, professional sports are still in full-swing, with many Bruin alums representing. Each summer Monday, Daily Bruin Sports will take a look at the standout performances of former UCLA greats from the past week as we count down the days until fall.

Love, who won a gold medal playing for the 2012 Olympic team, is one of just three players on the roster with Olympic experience. The forward averaged 17.5 points, 10.6 rebounds and 1.9 assists for the Bruins in 2007-2008 before being drafted in the first round of the 2008 NBA draft.

LaVine, a 2013-2014 Pac-12 All-Freshman Team member, was named an All-Star for the first time in his career this year. The guard averaged 9.4 points and shot 44.1% from the field and 37.5% from beyond the arc during his sole season at UCLA. This will be LaVine’s first time competing on the international stage.

Meanwhile, Holiday still has the NBA playoffs to focus on before he can set his sights on Tokyo.

On Wednesday night, the Milwaukee Bucks opened the series against the Atlanta Hawks in the Eastern Conference finals. Despite the loss, Holiday – the sole Bruin left in the NBA playoffs – put up a season-high 33 points, 10 assists and four rebounds.

In Game Two, Holiday – a three-time NBA All-Defensive Team member – led the charge for the Bucks on the defensive end by holding Atlanta Hawks guard Trae Young to just 15 points in a 125-91 blowout win to even the series at one apiece.

Next week, Holiday will try and help his team take control of the series and advance to his first NBA Finals just weeks before competing in his first Olympics.

One-time Bruin teammates midfielder Sam Mewis and defender Abby Dahlkemper will be competing in the Summer Olympics as members of the United States Women’s National Team.

In their junior seasons at UCLA in 2013, the duo led UCLA to its first and only NCAA championship. After graduating, the pair played together in the National Women’s Soccer League, winning three championships together. Most recently, the former teammates defeated the Netherlands to win the 2019 FIFA Women’s World Cup with the USWNT.

The USWNT will face Sweden on July 21 to kick off Group G Olympic play.

The third Bruin heading to Tokyo will be competing against this American duo.

While playing for UCLA from 2016-2019, the midfielder earned first-team All-Pac-12 honors all four years.

All good things come in threes.

Musselman was a 2016 Olympic gold medalist and a three-time All-American during her time at UCLA.

Fattal, a four-time First Team All-American, also won a gold medal at the 2016 Olympics. The attacker has played professional water polo in Australia since graduating from UCLA in 2017.

Two former Bruins were pitted against each other for a spot in the Wimbledon singles main draw.

On Thursday, second-seeded Mackenzie McDonald defeated No. 30 seed Maxime Cressy in five sets to advance to the Wimbledon main draw. This will be McDonald’s second time competing in the tournament after making the fourth round during his Wimbledon debut in 2018.

Coyle is currently a Sports contributor on the softball beat.