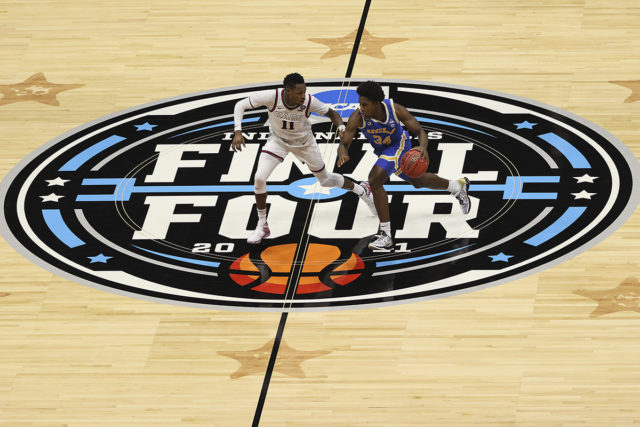 UCLA men’s basketball has once again been honored on the national stage.

The team – along with Gonzaga – took home the Best Game ESPY award Saturday night at the annual awards show hosted by ESPN for their April 3 Final Four matchup in the 2021 NCAA Tournament. Just under 15 million viewers tuned in to watch No. 11 seed UCLA take on undefeated No. 1 seed Gonzaga for a spot in the championship game, which ended in a 93-90 victory for the Bulldogs.

Other nominees for the award included Stanford women’s basketball’s 54-53 victory over Arizona to win the NCAA Championship, a 47-42 Week 14 shootout win for the Baltimore Ravens over the Cleveland Browns in the NFL and a 4-3 overtime victory for the Winnipeg Jets to finish off a first-round sweep over the Edmonton Oilers in the NHL Playoffs.

Though the game ended in heartbreaking fashion for the Bruins, it was immediately hailed by many as one of the greatest and most entertaining games in NCAA tournament history.

And the @ESPYS award for “Best Game” goes to …

Rising junior guard Johnny Juzang – who recently announced his decision to return to UCLA next season – along with rising junior guard/forward Jaime Jaquez Jr. and rising redshirt junior guard Tyger Campbell were in attendance to accept the award for the Bruins at The Rooftop at Pier 17 in New York City.

The trio combined for 65 of UCLA’s 90 points in the game with each player seeing at least 35 minutes of action. Rising redshirt senior forward Cody Riley chipped in a 14-point, 10-rebound double-double in 42 minutes.

With 15 total ties and 19 lead changes, the back-and-forth contest needed an extra period to determine the victor after an offensive foul was called on Juzang on what would have been the game-winning layup with less than a second left in regulation.

The Bruins failed to hold the lead in overtime, but Juzang came through in the clutch, making a layup with 3.3 seconds remaining after grabbing his own miss. However, Gonzaga guard Jalen Suggs banked in a three-pointer from near half-court as time expired to end UCLA’s Cinderella run.

The Final Four matchup is the first NCAA basketball game to win the Best Game ESPY since the category was added to the awards show in 2002 and the first collegiate game to win since the 2013 Iron Bowl.

The Bruins will be returning almost every player from last season’s squad with the exception of guard Chris Smith and forward Jalen Hill – neither of whom played in the NCAA tournament – and will add 5-star forward Peyton Watson, Rutgers transfer center Myles Johnson and 4-star guard Will McClendon to the roster.